Another peculiar scene took place in New York city over the weekend. A biological male aged 29, had beaten a 13 year old girl to place first in a skateboarding tournament.

Ricci Tres, who also goes by Ricci And Tres, took the top title in the women’s division of The Boardr Open, taking home $500.

In second place was Shiloh Catori, a 13-year-old girl who is 133 in the Boardr Global Ranks – whereas Ricci Tres is at spot 838 in the rankings.

Majority of the competitors in the tournament were underaged with the youngest being Juri Iikura, who is only 10 years old.

People on social media were somewhat outraged by this development.

Female skateboarder Taylor Silverman was among those who spoke out against the injustice. 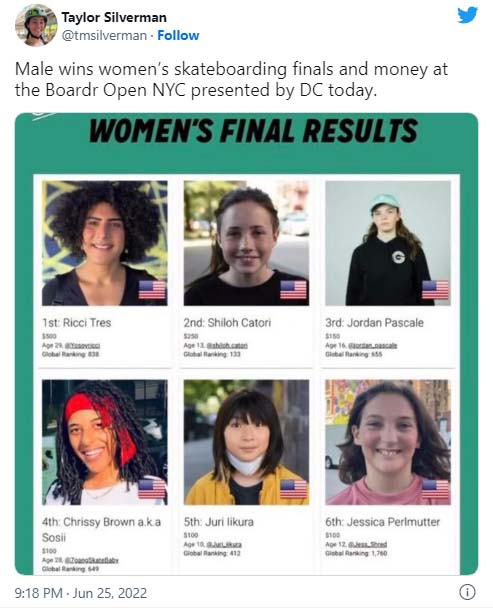 “I have been in three different contests with trans women, two of which I placed second,” Silverman wrote in an Instagram post on May 17, which met with a barrage of negative comments. She went on to explain that the transgender competitor she lost against in a Redbull Cornerstone skate event took home $1,000 in qualifiers, $3,000 in finals and $1,000 in best trick.

“This totaled $5,000 of the prize money meant for female athletes,” Silverman noted.

Christina Pushaw, a spokeswoman for Gov. Ron DeSantis, R-Fla., questioned from her personal Twitter account why 28- and 29-year-olds were “competing against children.” 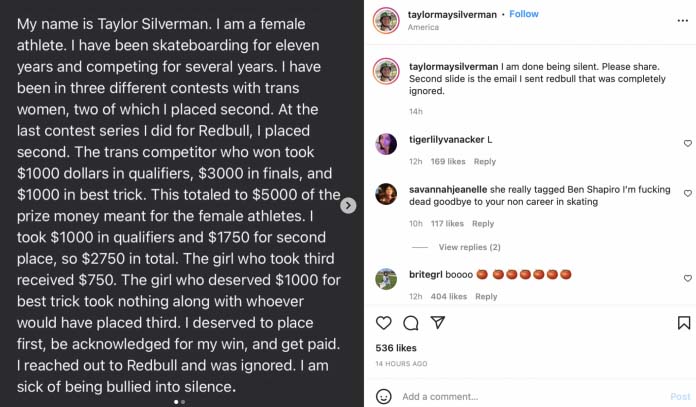 Broadcaster Tim Pool wrote that biological males have a physical advantage in skateboarding because they “have higher centers of gravity granting advantages that cannot be removed with [hormone replacement therapy].” 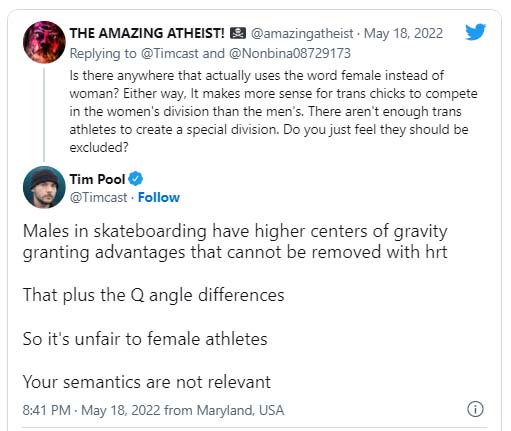