MMA is somewhat of a circus especially in Poland and Russia where there’s a budding niche of Pop MMA events that often feature amateurs in various settings and with different rule modifications.

Oftentimes these events have interesting results despite the fact that they don’t really contribute anything to the sport.

The War 4 was a recent event held in Poland featuring a number of unorthodox events in addition to the traditional ones. War pioneered so called group MMA. They’ve pitted teams of 3 against each other. 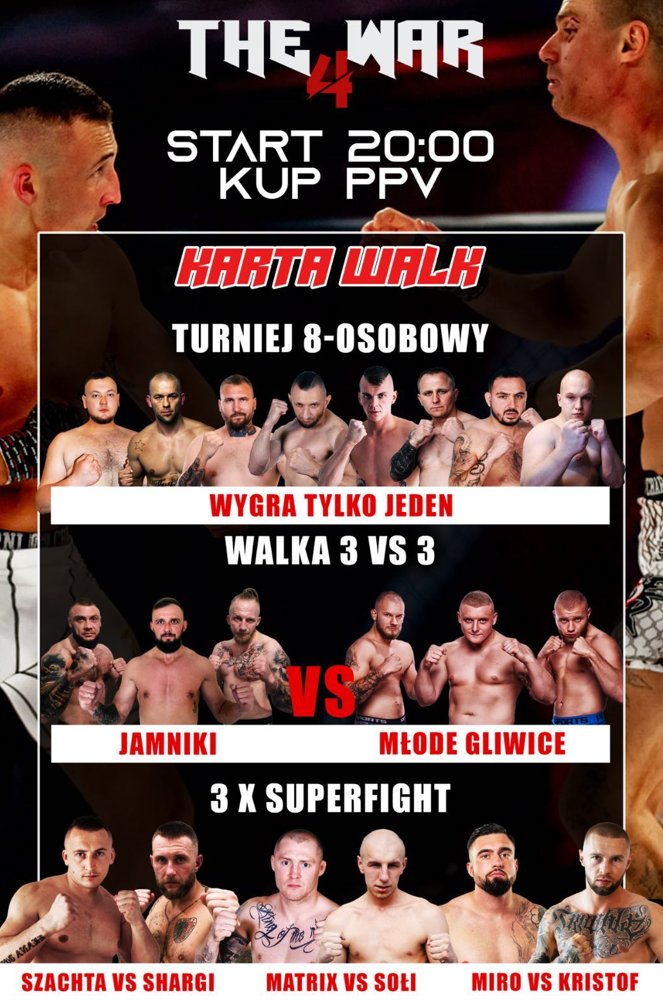 As per the poster they also had an 8 men tournament on the card in addition to some additional events. War rules also permit headbutts which is highly unorthodox in modern MMA but was allowed in some fringe promotions.

In another bout on the card a competitor actually chose to keep competing after suffering through an arm break.

As for the actual 3 vs 3 event it did not disappoint in the slightest.  As predicted, one man hung on for longer than his teammates and lived to regret it with team Miode Gliwice going to town on him 3 against 1.

Part of the card was available to watch for free online.

For a young sport like mixed martial arts – it’s all about dominating those with short attention span. This is how a Lithuanian promotion got the idea to stage a mismatch 2 on 1 clash.

The promotion staged the match in a boxing ring but despite the fact that it wasn’t quite boxing. The names of the 3 brawlers involved are Deividas and Dariune as the twosome and Audrius as their sole opponent.

Audrius came out strong but quickly flamed out, faced with a barrage of punches from one of the two while he clinched up with the other.

Ultimately things went south for him and he ended up on the floor.
Final result? Deividas and Dariune defeat Audrius via TKO.