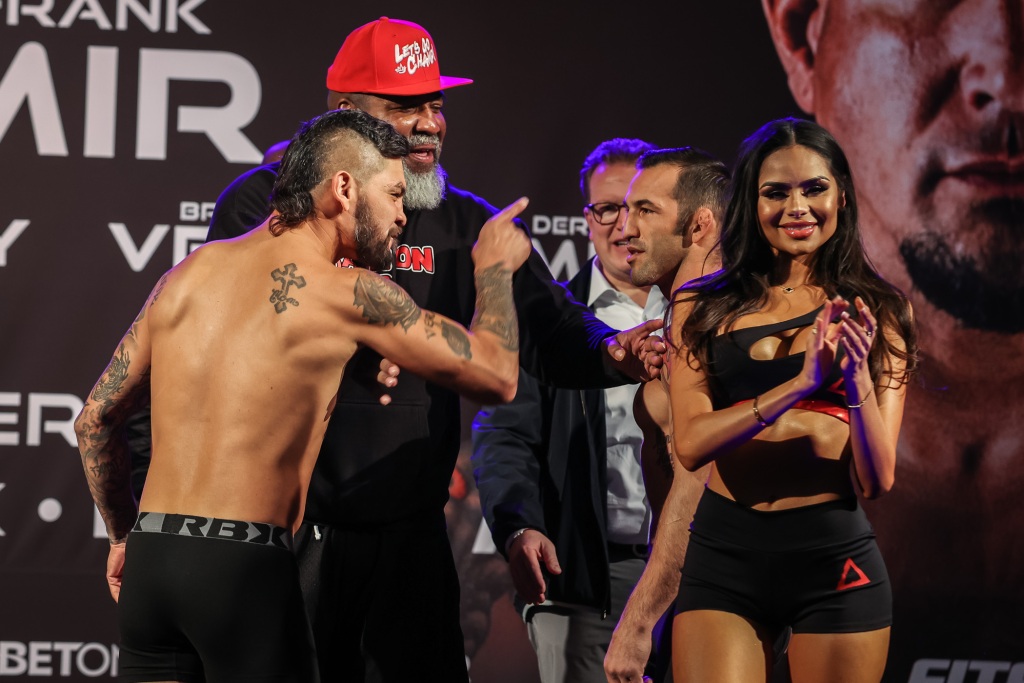 The card will mark the debut of a new rule set in combat sports and will takes place at Globe Life Field in Arlington, Texas, and will be available to stream via online pay-per-view with Fite.tv.  It features a number of MMA veterans on the rooster.

Fighters will compete in a triangular ring and under two-minute rounds. The idea is to set professional boxers against professional MMA fighters in an environment that will “level the playing field.”

Like in boxing, only punches will be allowed. No kicks or elbows are permitted in Triad Combat. What does differs from boxing, is that this new fighting style will allow clinching and strikes from the clinch.

Mike Perry is already putting these rules to the test as seen at the recent faceoff, after making weight at 174.4 pounds, he grabbed opponent Sakio Bika by the arm during their faceoff in a potential preview of what we can expect to see on fight night. The pair were separated shortly after and ultimately went their own ways.

There was also some intensity between the headliners during their faceoff. Former UFC heavyweight champion Frank Mir, who meets boxing standout Kubrat Pulev in the main event, got up close and personal with each other by going forehead-to-forehead during the faceoff.

Check out the highlights of the faceoffs in the video above, including the likes of Matt Mitrione and Derek Campos.