Khamzat Chimaev is about to get in touch with his sensitive side having just become a family guy after reportedly getting married in Chechnya.

Chimaev took some time off the octagon after beating the tough contender Gilbert Burns at UFC 273 last month. The ‘Borz’ took a trip to native home of Chechnya and got married in a private ceremony.

At the ceremony, his high-profile friend, Ramzan Kadyrov attended. Kadyrov is internationally frowned upon having pursued a campaign of inhumane behavior towards homosexuals in addition to staging a kids MMA bout and taking part in the invasion of Ukraine.

To ensure the safety and success of his friend’s wedding, Kadyrov provided Chimaev’s bride with a police escort of convoys and helicopters.

However, very little is publicly shared by Chimaev and his family. And if it wasn’t for the most powerful man in Chechnya’s Instagram post, there would be very little information regarding the wedding. 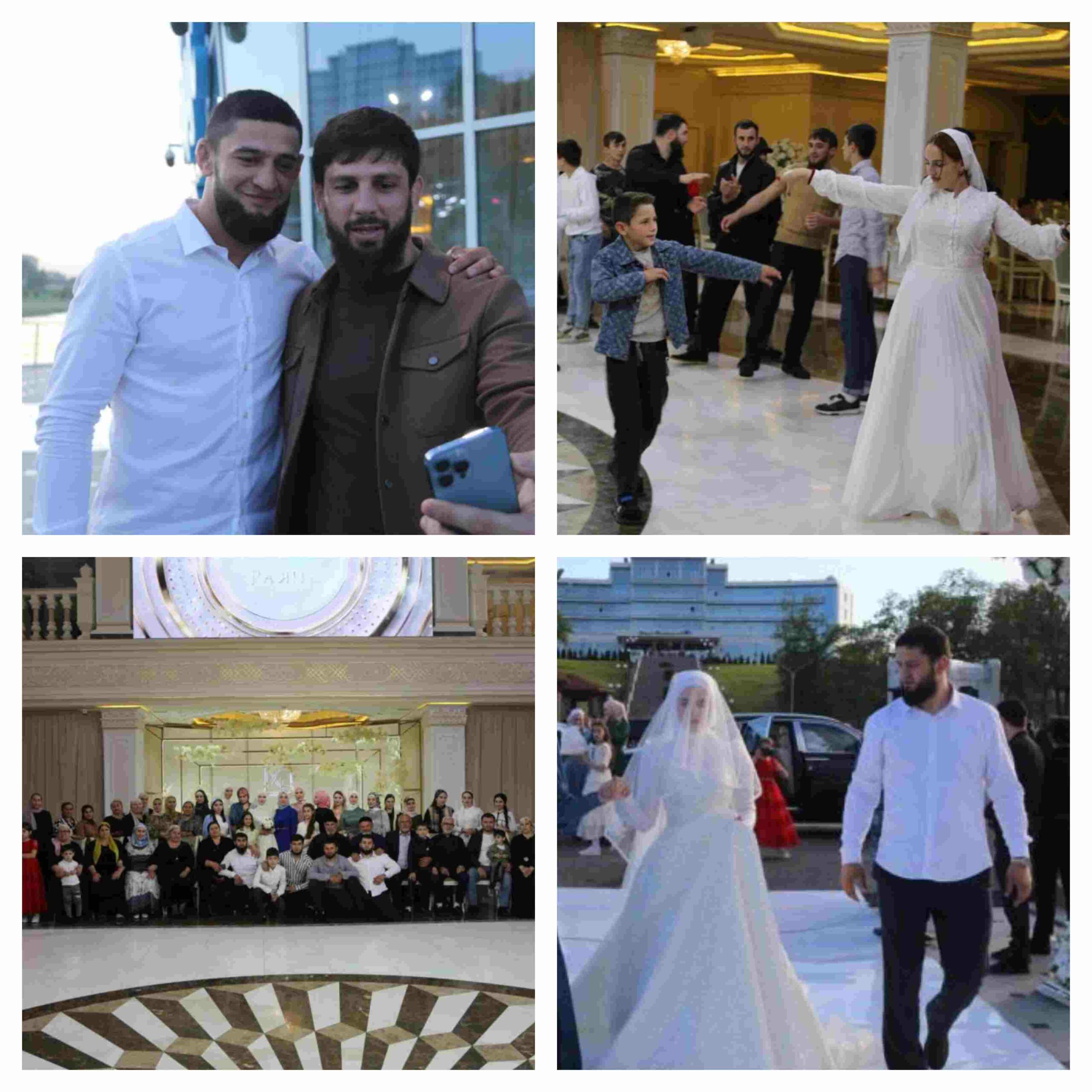 In the post, Kadyrov announced that he was invited to Chimaev’s wedding. Family and friends are gathered to celebrate the moment.yrov wrote (translation via Google). “Dear BROTHER, UFC fighter Khamzat Chimaev tied himself up with family ties. Not only Khamzat’s relatives and friends gathered here, but also numerous friends. Everything was perfectly organized in accordance with national traditions.”

“I really enjoyed my visit to the celebration,” Kadyrov continued. “After all, each new family in the Chechen Republic is an additional reason for the joy of all its inhabitants. I heartily congratulate the newlyweds! I sincerely wish the contentment of the Almighty, good health, happiness and prosperity!”

Besides Kadyrov’s Instagram post and a few pictures online, there’s almost no other information about the wedding.

The No.3 welterweight contender just came off the biggest test in his career by defeating Gilbert Burns by unanimous decision.

During the fight, ‘Durinho’ pushed the ‘Borz’ to his limit as he refused to surrender and almost finished Chimaev on multiple occasions.

Both Chimaev and Burns received their win bonus and an additional $50k Fight of the Night bonus from the Fight of the Year contender.