Joe Rogan has been a fixture in the world of MMA for the last 20 years. He’s quite possibly the most influential voice that contributed to MMA breaking into mainstream and reaching the current levels of acceptance and popularity.

Rogan is also one of the only UFC commentators that has no MMA experience. While Joe Rogan practiced taekwondo in his youth and competed and done jiu-jitsu later in his life he’s not exactly an MMA practitioner. Now this isn’t to discredit Rogan and his understanding of the game – it’s simply to acknowledge he hasn’t tested himself in mixed martial arts.

And while many current and former athletes crave a spot in the UFC game, Rogan was given just that back at UFC 3 in a previous iteration of the game.

Rogan revealed that he’s not a fixture in the UFC 4 game due to the fact he didn’t enjoy providing voice overs. HE explained back in 2016: 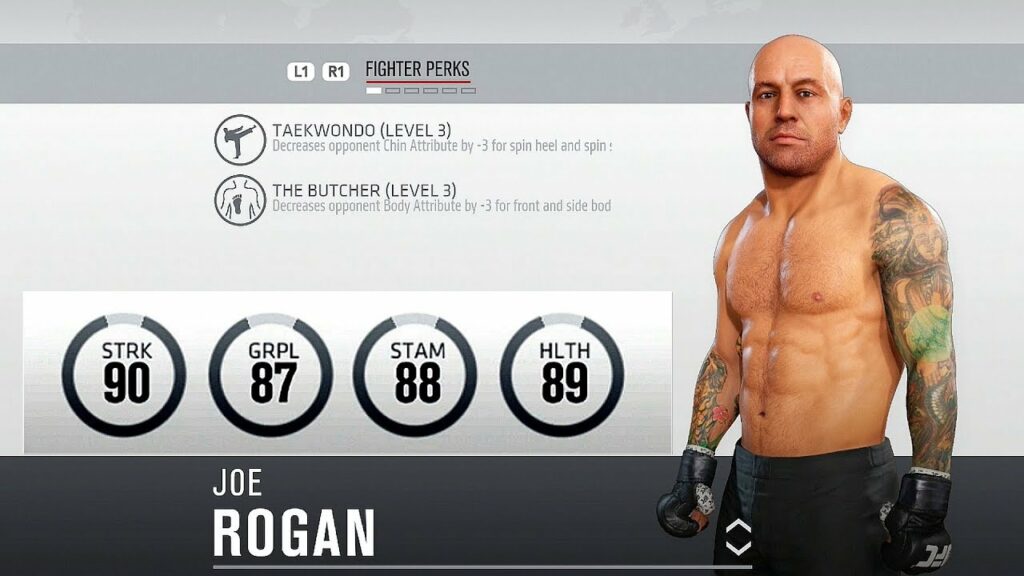 But despite the complementary marks he was given for his skills, Rogan once tried to playfully grapple UFC legend Mark Coleman and that hilariously backfired.

Coleman was a freestyle wrestling silver medalist in the 100kg division prior to competeng in the Olympics and transitioning to UFC and Pride.

“He was a black belt in Taekwondo. He gets into jiu-jitsu, he buddies up with Eddie Bravo, which is a very hard system… He’s into lifting weights, he’s into being in good shape. I’m just saying that’s a tough night out. Mark Coleman found that out.”

Jorge Masvidal is another infamous personality that reacted to the video.

“#JoeRogan crosses paths with a disrespected podcast guest and this is what happened backstage!” Rogan initially told an anonymous story about the incident but later confirmed in a podcast it was about Coleman.

“this one dude, let’s just call him Bob. We’ll call him, Bob. Not his real name. But Bob was this giant wrestler dude who’s like 250 pounds of American muscle and Mexican supplements and we’re hanging out in Dothan, Alabama. ”

“This is all true story. We’ve down this dirt road, there’s no lights. And we get to a house. It’s a f*cking house. And the house has a nylon sign like one of those signs, you know, like, you know, you see, like a temporary sign and it just says Gentlemen’s Club”