Israel Adesanya has made the questions about his sexuality into his entire personality. The Nigerian born New Zealander has recently posted a pretty impressive trolling video online.

Adesanya can be seen grazing the torso of a young lady at a public event. At which point he shows off his nails and sends some ‘all over the place’ signals.

There were rumblings about his proclivities in the past. Notably once Sean Strickland called out his love of anime.

Adesanya didn’t shy away from the call out and instead tried to play into it and promote a related NFT in a follow up.

But his image is perhaps the most surprising thing for any MMA fan. Adesanya can often be seen sporting an unusually long set of manicured nails which somehow pass the athletic commission.

Jon Jones has recently questioned the decision to let Israel Adesanya use “long nails” during his most recent middleweight championship defense. 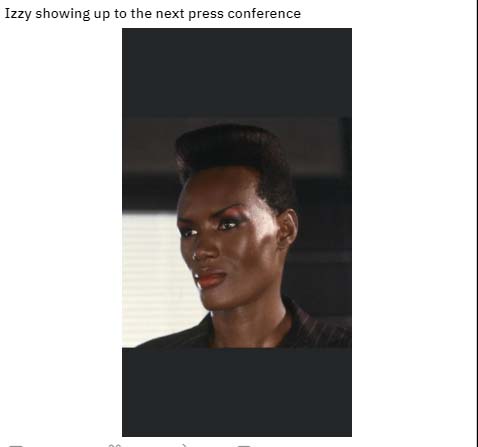 Adesanya hit back at Jones. He told reporters at the post-fight press conference:

“He’s just jealous and insecure, he’s a f***boy. He could never rock something like this, he’s a b****. F*** him, I don’t give a f*** what he thinks. The heavyweight world champion Francis Ngannou backed Adesanya as well. He said that Jones that the latter had been sitting back.”

This latest video is also something similar to a look Adesanya tested a while ago. Back in August of 2020 there were speculations Adesanya will be making his way into the octagon with pink hair.

Queerbaiting is a marketing technique for fiction and entertainment in which creators hint at, but then do not actually depict, same-sex romance. Despite the speculations about his sexuality, Adesanya actually pulled a McGregor some months back and shared an instagram story of himself basically putting an end on speculation about his proclivities.

Nonetheless fans still have fun speculating as to how Adesanya will show up for his octagon date against Alex Pereira which is booked for UFC 281 in November.