On Friday, Cecchi, representing Italy, was battling for the EBU European super bantamweight championship against Mary Romero of Spain in Milan.

Cecchi lost her temper when the referee pulled them from the clinch where Cecchi had her back to Romero during the rough match that drew boos from the crowd.

In a fit of rage, the 26-year-old opted to headbutt Romero. This incident earned her a two-point deduction.

Cecchi was chastised by boxing fans on Twitter, with former cruiserweight champion Enzo Maccarinelli demanding for her to be “slung out” after hitting her best shot “all night” while “sh*tting” herself throughout the bout.

“Maria Cecchi should be suspended or something for that deliberate headbutt. And so should the referee for being an idiot,” raged one fan.

Cecchi wrote a lengthy Instagram message apologizing for the incident.

“I ask forgiveness from my coaches, people who have chosen to help me just one month from the title [fight] and have given their best despite the great difficulties.”

“And I can say it concretely, it was the best month of my life. I haven’t missed anything. But sometimes the results take longer than what we are allowed.”

“It was not my night. I was ready for many situations but not for that confusion,” Cecchi agreed. 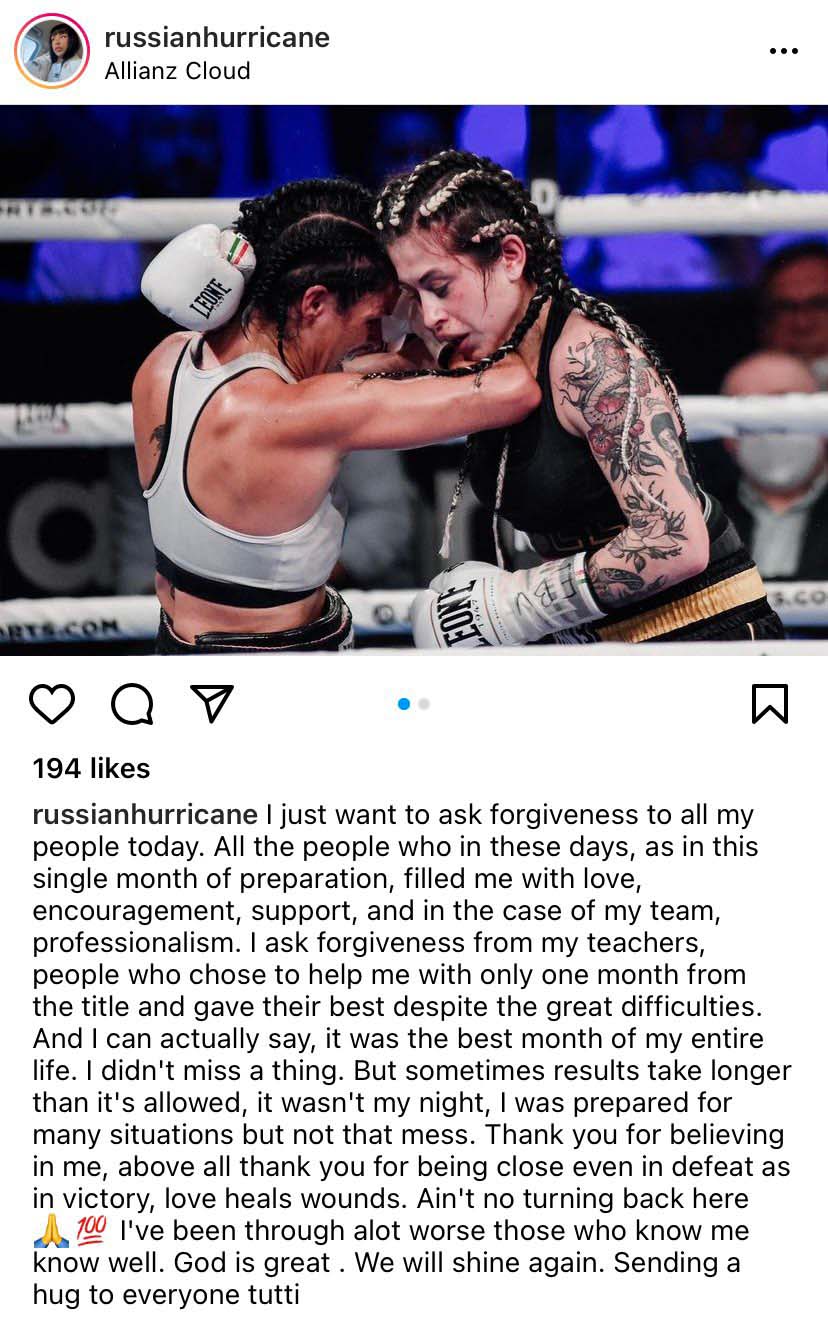 Romero moved to 8-2 and seems to be on her way to being the first woman to be undefeated for 6 years.