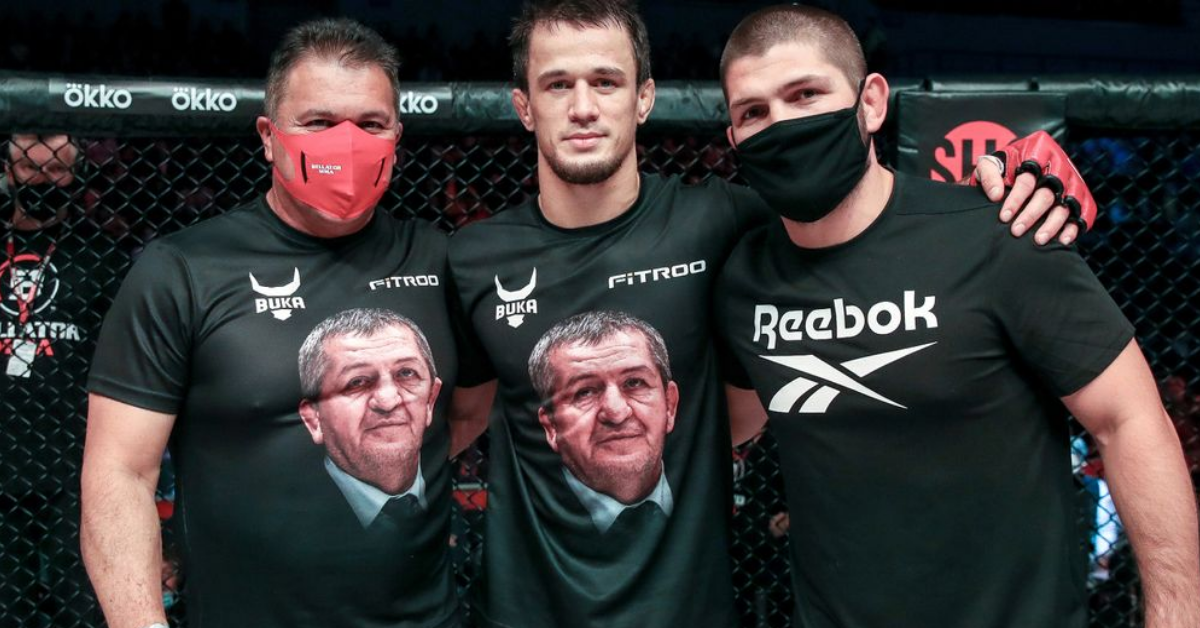 Khabib Nurmagomedov’s cousin, Usman Nurmagomedov, was detained for being involved in a hit-and-run incident with a police officer on 11th November. His friend, Kamal Idrisov, was also detained as he was also in the car with him.

The incident occurred at a police checkpoint close to an airport in Dagestan.

According to a telegram channel, the SHOT, the police have confirmed that it was Usman Nurmagomedov who was driving the car during the incident where the car hit the police officer.

However, earlier friends said that the driver was Idrisov while Usman was sleeping in the backseat after training. Both of them also claimed that they were in a hurry and decided that they did not hit the man, but slightly touched him with a mirror. They also said that they changed places and Usman got behind the wheel.

“If he came drunk, if he came to fight… But he didn’t. There is no need to blame. The guys should be left alone. The guy does not drink, does not smoke, fights normally. Where he fights, there he knows his own law, but he just does not know the police law. ”

“He is also young. Very sociable, calm by nature, respectful. The guys were probably in a hurry. He will deliberately never do this in his life, ” Usman’s grandmother said in a video posted on the SHOT YouTube channel.

The investigators are now examining video from surveillance cameras to pinpoint the driver. As for Kamal Idrisov, he was transferred from house arrest to a pre-trial detention center until January next year. The media claim that he faces up to 10 years in prison.

Meanwhile, Usman Nurmagomedov has been set free. Until now, Khabib hasn’t spoken a word about his cousin’s incident.

UPDATE:
Usman Nurmagomedov is no longer a suspect and criminal charges against him have been dropped.
He will go to the court as a witness!

His friend, however, is now under house arrest as it appears that he was the one driving. https://t.co/reGqrfE3YR

Usman Nurmagomedov is a professional Bellator MMA fighter. He started his professional career in 2017 and has fought 14 times in various promotions and remains undefeated. Kamal Idrisov is his friend who is also his training partner.