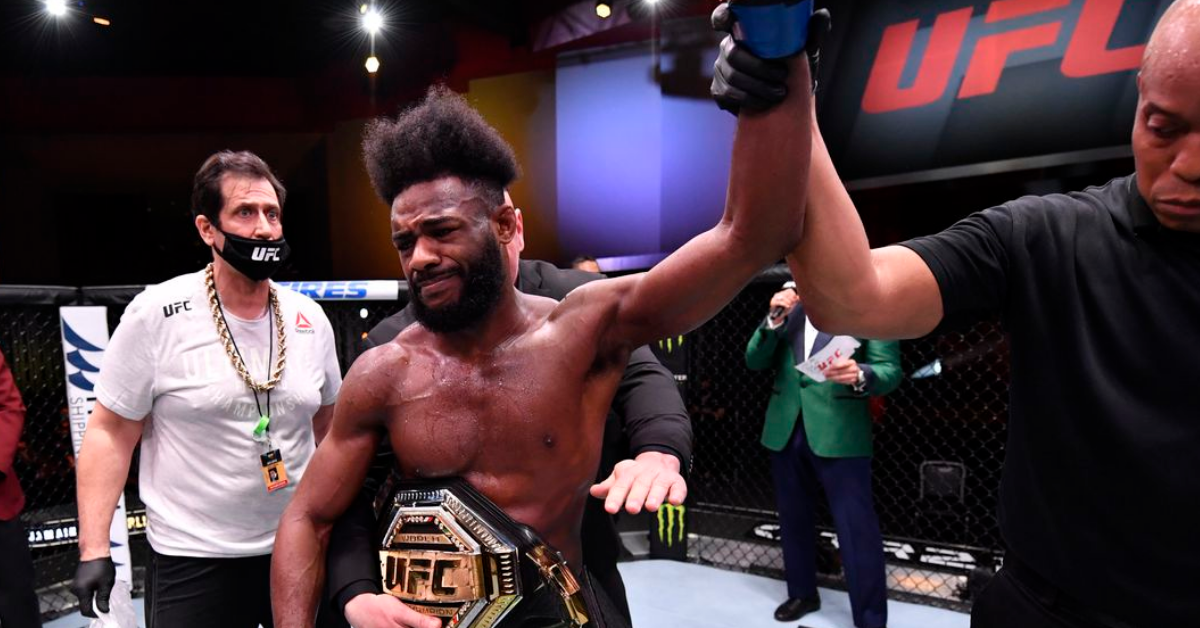 The current UFC bantamweight champion Aljamain Sterling recently gave an update about his health on The MMA Hour.

Ariel Helwani, The MMA Hour’s host, asked Sterling if he has been medically cleared to fight.

Sterling said “I think so, to be honest. I was cleared to take a training camp for 6 months. Not to fight for 6 months.”

He told Helwani that it is very reasonable to be inactive for a long time following neck surgery and he isn’t ducking a fight.

“So, that makes sense. People say like I’m ducking a fight. I wanna fight the guy. I get paid to fight the guy. I wanna make money. I haven’t got paid in almost, like what, 7 months now?” Said Sterling in The MMA Hour.

Sterling also expressed his exacerbation with MMA fans who trash-talk him online and use clown emojis. He said he doesn’t get it as he has never done anything in the UFC to provoke such a reaction. “You have to respect people who went out there and put in the work.” Said Sterling.

With full confidence, Aljamain Sterling said he is back now and nothing holds him back. He shared he can’t wait any longer and wants to fight Petr Yan as soon as possible. He also told TJ Dillashaw to take a seat so he can set up the unification fight with Petr Yan. Sterling is hoping to fight Yan in either January or February.