MMA is a relatively new sport and as such it’s often discussed how many promising new fighters have “padded” records. A padded record typically consists of matching a prospect with a fighter on a losing spree or brand new to MMA. When we discuss padded records we often talk about early days of Khabib Nurmagomedov’s career.

More recently, here at Calfkicker.com we talked about Giga Chikadze’s pre UFC record consisting off of guys with a collective record of 7 Wins and 54 Losses.

Recently a promoter in the UK was caught trying to pass off a 0-9 fighter as two different people in the same night.

The man in question is Hayden Sherriff. Sherriff has a very interesting look so he’s easy to miss in different pictures. 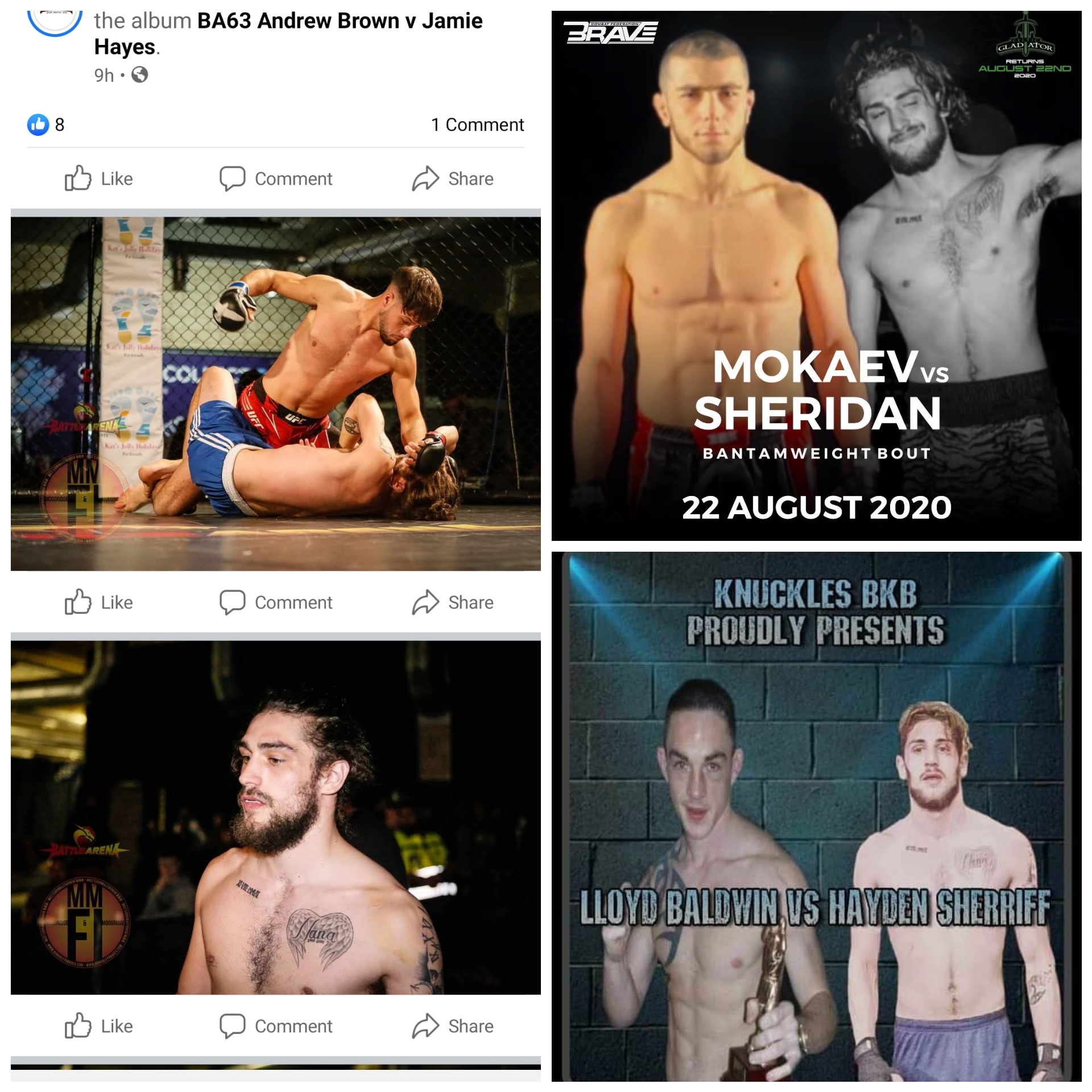 After finding this picture at reddit mma community we took a deep dive. We discovered Sheridan was tagged as Andrew Brown in this picture. We verified this by tracking down his opponent Jamie Hayes.

Hayden Sherriff’s own social media stopped being active one year ago. He made no mention of this new bout.

This is rumored to be the same Sherriff  that had fought twice in one night previously under different names, of course losing both times. And oddly – wearing different shorts:

A UK “promoter” is attempting to pass off the same dude as different dudes in consecutive fights by changing his shorts between bouts.

They will now be removed from Tapology. pic.twitter.com/E82RiED6eN

The saga didn’t end there in May either – pretty soon this was discovered:

For those who don’t know. The fighter is just Hayden Sheriff with long hair. Sheriff who was scheduled under a different alias before which was also found out. https://t.co/uI1gj39vgq https://t.co/Zv6JjjTNka pic.twitter.com/QxZf3gMJug

Aidan Sheridan or something like that. For these two fights he was called Hayden Taylor and Connor Dubinksi. ?

This was the fight card for that event: 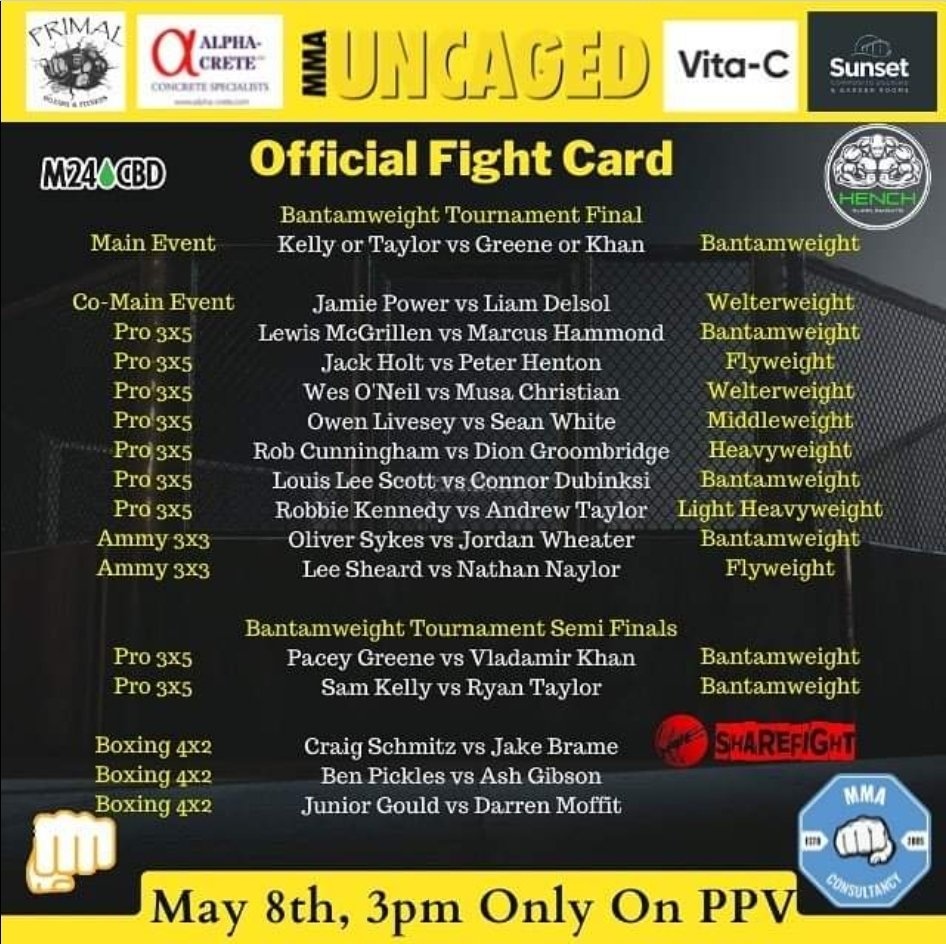 A further look at his fight tape is especially interesting. Youtube is flooded with his boxing and mma fights. In fact he boxed to a loss barely two weeks ago?!

And if you’re a fan of Aljamain Sterling’s acting skill, you might want to take a look at this one:

Makes us wonder how lucrative career this gentleman might have as the “fall guy”.

And of course Sheridan is yet another Sherriff alias. 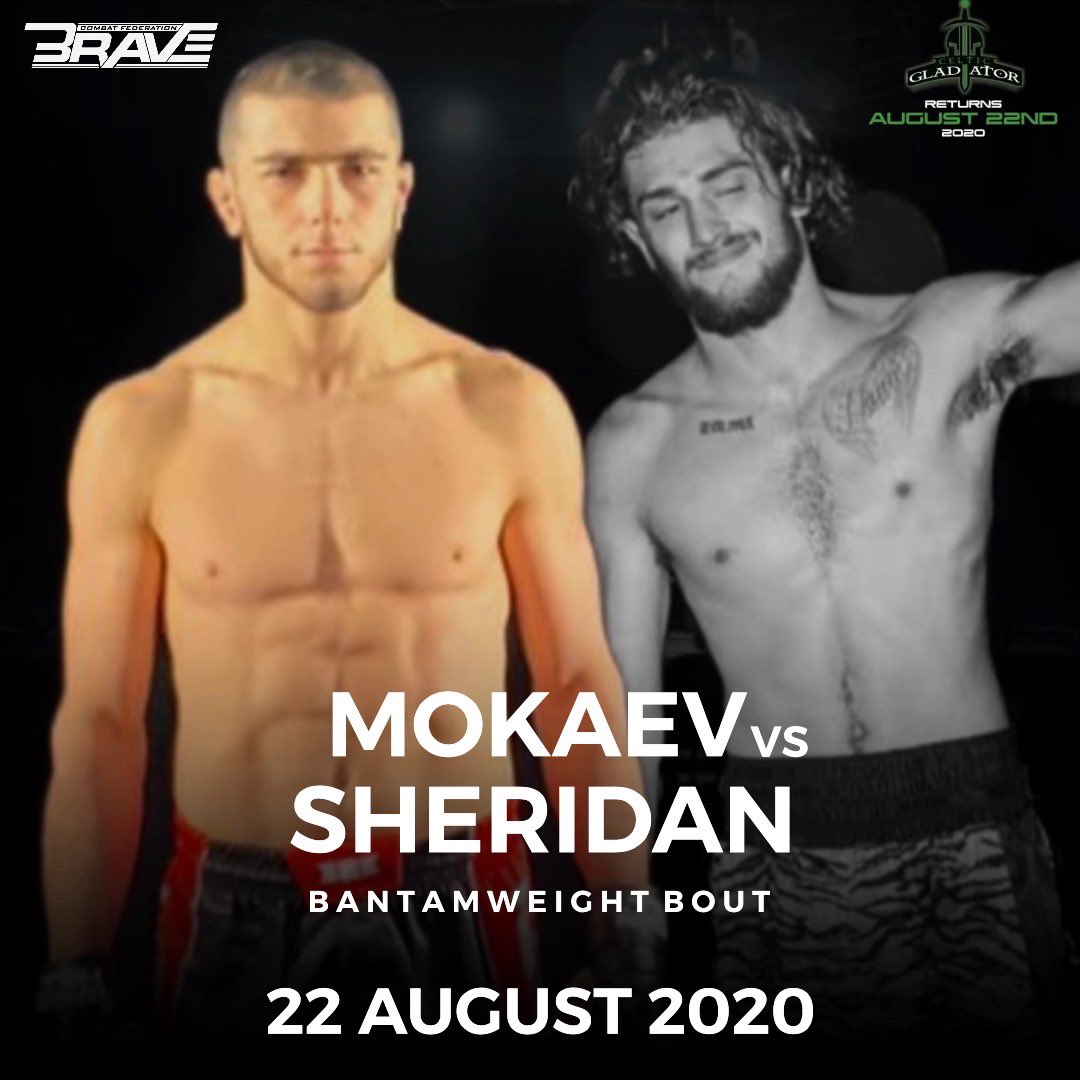 This exact photo, was from Sheriff’s social media:

Since the latest scandal emerged Tapology has suspended Sherriff’s profile with the message:

This fighter has been found by Tapology to have engaged in activity which does not conform to combat sports standards:

Has purposely participated in bouts with no reasonable path to victory, displayed a lack of competitive effort, and is unjustifiably matched against far more skilled opponents.
Has knowingly competed and/or listed themself under false names or aliases in order to hide their actual record or identity, or for another improper purpose.
One or more bouts on this fighter’s record have been marked as exhibition-status and do not count towards either participant’s Win/Loss record, and are excluded from tabulation when calculating Tapology’s Fighter Rankings. Future opponents of this fighter are advised that a bout against this fighter may be classified with the same exhibition-status.