Goldy seems to be focusing on the future after losing in the cage. During the event, McCann struck Goldy with her infamous spinning back elbow.

Two days after the event, Goldy placed the underwear she had worn to the weigh-in up for sale. She opted to sell them on her Onlyfans. She created the page during the COVID-19 outbreak.

Goldy posted on her Facebook, “I’m auctioning off the UFC panties I wore to weigh ins. DM me with your bids.”

As of Thursday, Goldy’s OnlyFans account subscription costs $10. As of this writing, she has 297 posts on her account.

Goldy launched her OnlyFans account at the time to raise money for her newly purchased home. The athlete was juggling three jobs at two gyms and a restaurant while the epidemic affected her UFC career.

Goldy might’ve taken this to an extreme but she’s by no means the first. Recently retired Felice Herrig revealed that she’d earned half a million dollars from her feet pics – more than she’s ever made from her UFC appearances.

Meanwhile even UFC athletes who frown upon Onlyfans are selling their gear.

One of the greatest active female UFC competitors, Valentina Shevchenko had auctioned off her UFC 275 shorts. Shevchenko had a tough time against opponent Talia Santos and had lost in minds of many MMA pros.

But that didn’t stop a mega fan from purchasing Shevchenko’s shorts for $5000.

Own a piece of official UFC memorabilia; these event used fight shorts was used by Valentina Shevchenko during the UFC 275 PPV event, in Singapore.

Valentina was awarded the Fan Bonus of the Night award for this performance.

The pair or shorts were worn by Bullet Valentina for the 5 rounds on the way to defending the UFC Womens Flyweight Title. Own a piece of UFC history!  ‘

The shorts alone were listed for $5000 and immediately sold. 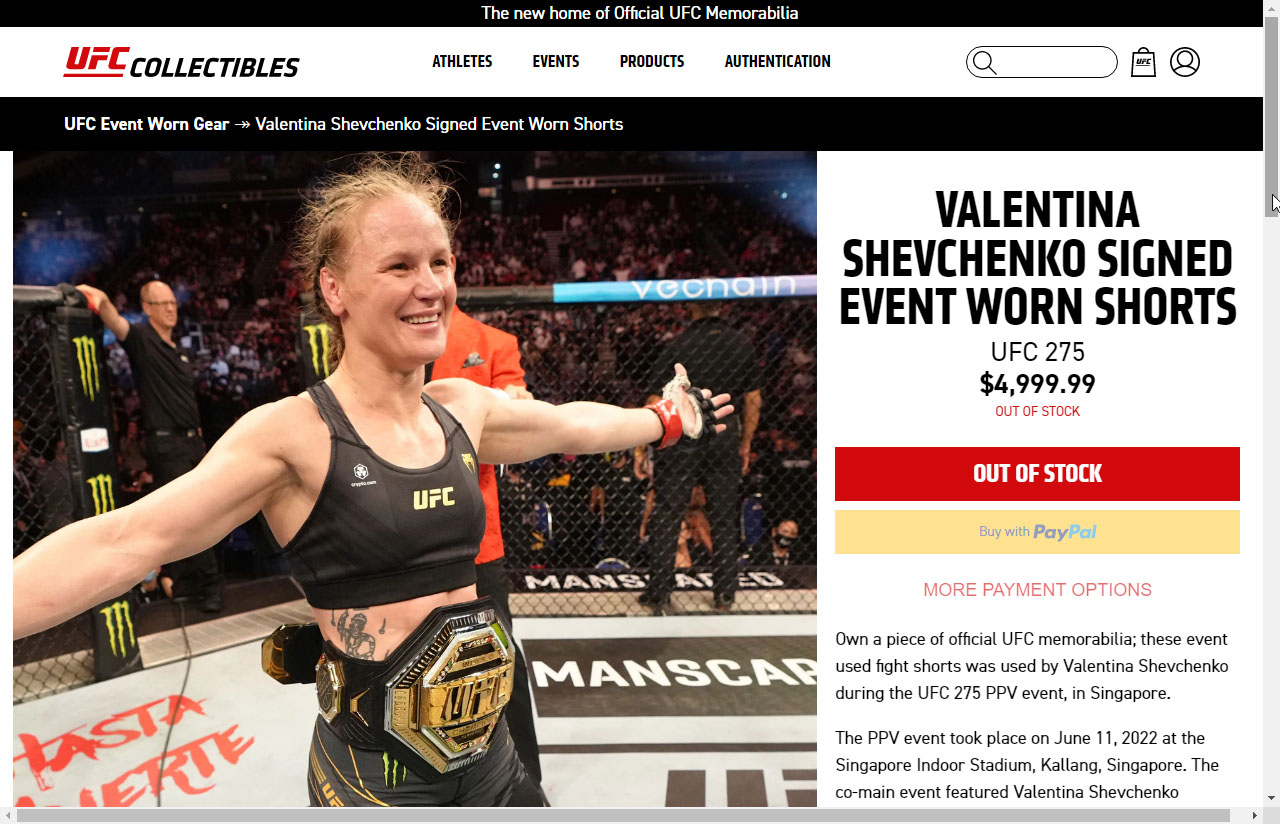 And if you think selling UFC gear is a female alone thing – UK’s Tom Aspinall sold UFC London gear for close to $2000.