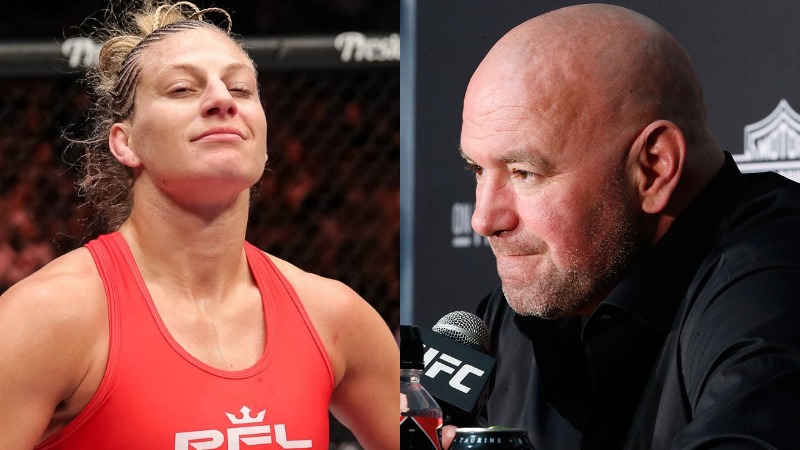 It’s an open secret that UFC has been struggling to revitalize the women’s 145lbs division. The division had a major setback once Cris Cyborg wore out her welcome on twitter and was promptly kicked out. To boot, most fighters active at 145lbs also compete at 135lbs – a recipe for a fledgling division.

Currently Amanda Nunes is the champion of the 145lbs division as well as 135lbs – and UFC has greatly struggled to attract good prospects. In reality there aren’t that many female professional athletes at 145. Even Harrison – is more of an 155 lbs competitor.

Fast forward to this Monday. In a conversation with Ariel Helwani, Aspen Ladd revealed that UFC is talking with Kayla Harrison. Harrison is reportedly on her last fight in contract with Professional Fighters League.

In addition to being on the end of her contract, Harrison is none too pleased about PFL failing to provide interesting opponents. Harrison is 11-0, having fought Larissa Pacheco twice and many other opponents which at best have 50/50 win loss record.

In the 145lbs division, beside Nunes who by the way is a Kayla Harrison teammate as they both train under the American Top Team banner the only other “name” per say is Cris Cyborg. Meanwhile Cyborg characterized Harrison’s former Judo roommate Ronda Rousey as a harder opponent in MMA.

In spite of UFC’s attempts to market Holly Holm for 145lbs division, she’s been an unreliable performer in either of her divisions.