UFC Middleweight Caio Borralho also goes by Caio ‘The Natural’ Borralho  which is why fans were surprised to see him with a severe case of face acne recently. Borralho  has an MMA record consisting of 12 wins 1 contest and 1 draw and has been in the UFC since winning on Dana White’s Tuesday night contender series in 2021.

There he ran into Khamzat Chimaev and Guram Kutateladze – who he chose to feature on his social media. None of this would be particularly surprising if not for the stunning level of face acne he displayed during the short video.

Even the clear appearance of a filter didn’t help.

In terms of acne, usually back acne are much more commonly associated with PED use in MMA.

When talking about Usman’s suspected use of PEDs, Derek of More Plates More Dates explained:

” one of the main side effects of anabolic ste roid use is acne development and especially when you’re an adult it’s a lot more odd to get, you know, androgenic type side effects that are you know, indicative of hormone exposure than would be in your teenage years” 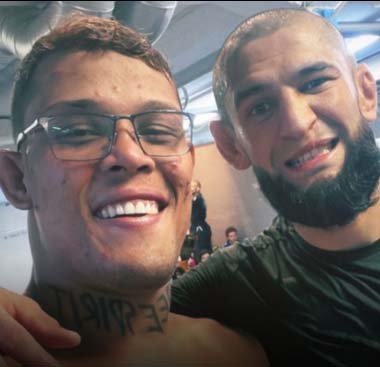 “which is so paradoxical because when you’re depriving yourself of androgens, you would think like oh I’m gonna have no acne when in reality that’s like the worst breakout you get is typically when you’re coming off cycle so anyways, here he is with you know the acne there that people always accused them of all this is clearly sauce related.” 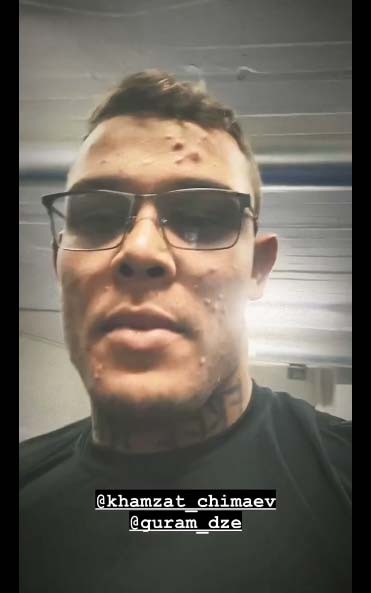 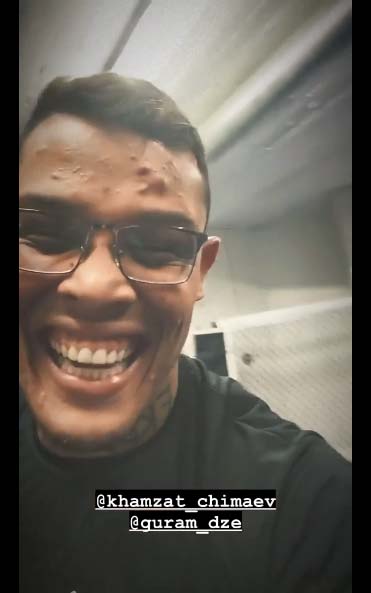 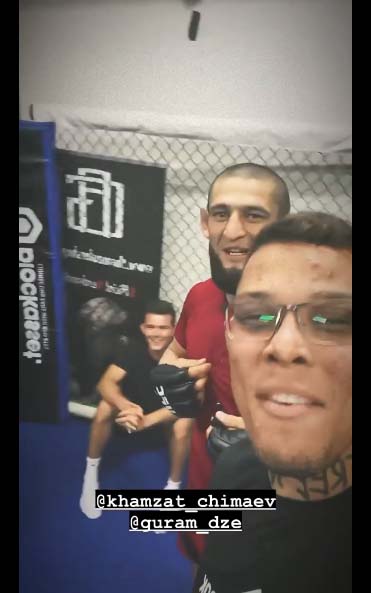 Borralho is 29 years old so it’s certainly interesting to note the severity of his face acne.

Borralho is currently booked to face Makhmud Muradov at UFC 280 in Abu Dhabi and he’s been prepping at Xtreme Couture in Las Vegas.