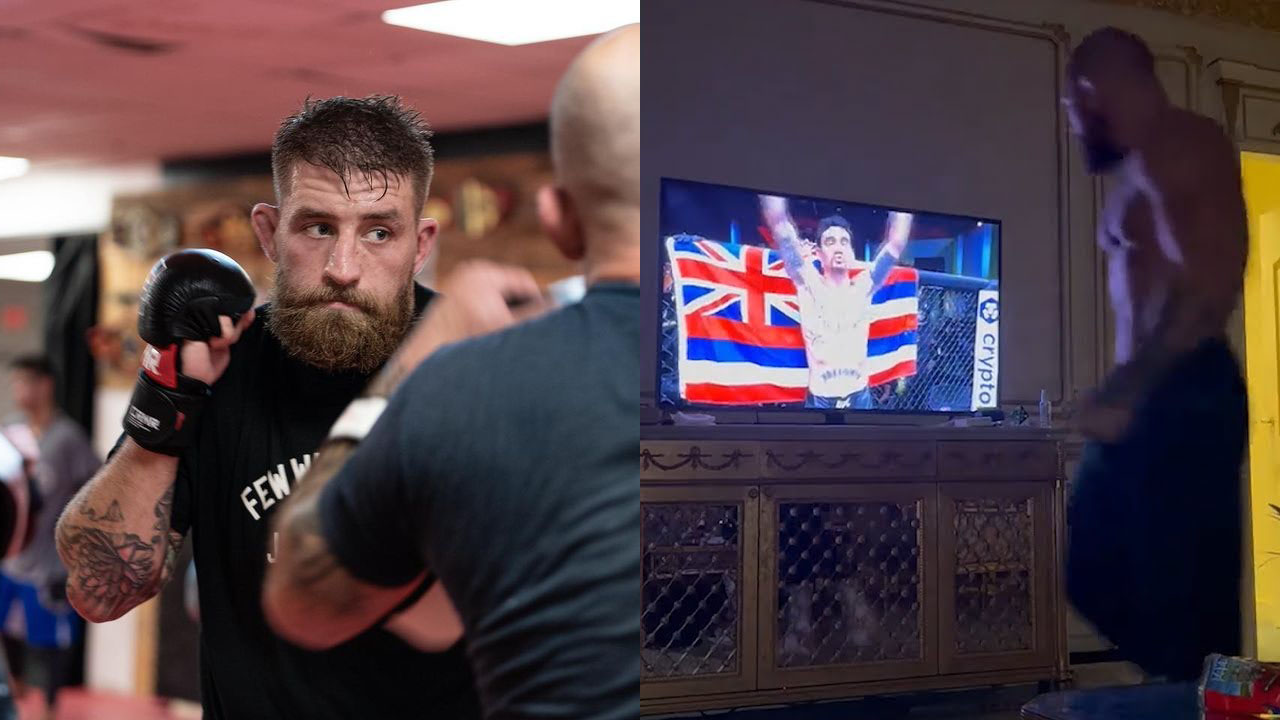 Yesterday, Conor McGregor uploaded a video of him hilariously pacing around his room while watching Max Holloway fight from UFC Vegas 42. In the deleted video he uploaded on his Twitter account, McGregor can be seen pacing around the room looking like he is the one who is going to fight Holloway.

As usual, McGregor has deleted that video for an unknown reason. His media company – The Mac Life is keeping it online however.

A lot of fans made fun of that video by writing a meme-like caption, including Chris Daukaus.

The heavyweight fighter writes on his Twitter account saying McGregor is like those crazy ex-girlfriends when their ex postes a happy picture with their new girlfriend.

“What your crazy ex girlfriend does when you finally post your new girl and sees how happy you are.” Chri Daukaus wrote.

What your crazy ex girlfriend does when you finally post your new girl and sees how happy you are. https://t.co/svFU4AGtTx

Chris Daukaus is a promising prospect with an MMA record  consisting of 12 wins and 3 losses, with 11 wins via knockouts. He joined the UFC in 2020 and is currently number seven on UFC heavyweight ranking. The 32 years old fighter has fought 4 times in the UFC and won all the fights.