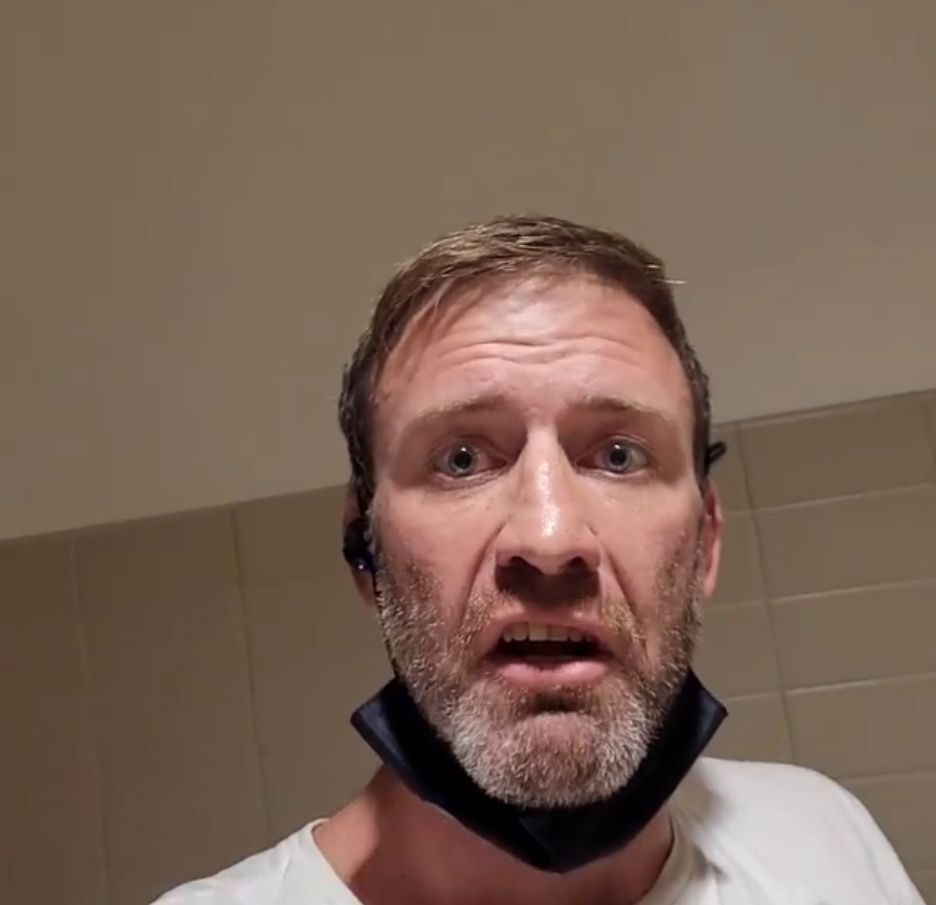 Stephan Bonnar became a household name back in 2005 when his fight with Forrest Griffin captured a whole new generation of fans with The Ultimate Fighter 1 finale. This particular fight is, according to UFC President Dana White, the most important fight in UFC history.

But Bonnar seems to be struggling in his life. After the breakup of Diego Sanchez and Joshua Fabia, Bonnar went back to his very own downward spiral. According to his own instagram, Bonnar had broken a vertebra in pro wrestling the week prior.

This lead to him getting prescribed 10 mg of Oxycodone. Apparently Bonnar tried to get 7.5mg Norcos at CVS after he ran out of Oxycodone. But he was denied. Instead the pharmacist would only give him tramadol. Tramadol is said to act similar to opioids but is not an opioid.

If you listen to the videos carefully you will likely realize that Bonnar, personally claims – he was prescribed oxycodone 10mg several weeks ago, but then says the injury happened last week. His own instagram seems to confirm the date of the injury.

In a video dated August 20th, Bonnar is seen climbing on the top rope (around 7:53) while the commentators say that’s not wise. What follows is a top rope jump that doesn’t really seem suspect. However several minutes later, Bonnar throws a spinning side kick of sorts and has a very awkward landing.

Now this isn’t Bonnar’s first brush with authority. Bonar was arrested in March 2020 for driving under influence.

Bonnar was also arrested for a DUI in 2018 – at the time he was booked under 3 charges: resisting arrest, unsafe movement of a vehicle and DUI. Bonnar also had to be restrained by other drivers when the police arrived and he was resisting arrest. At the time, Officers claimed that they could smell alcohol in Bonnar’s breath and also in the car.

At the time medical staff was dispatched to the scene and determined nothing was medically abnormal, he was just drunk according to TMZ.

Bonnar hasn’t had the easiest time in the pandemic either. It all started when his gym was forced to close:

In addition to this Bonnar was also exiled out of a gym where he trained for a number of years due to his reluctance to wear a mask properly:

MMA fighter Stephan Bonnar gets kicked out of a gym for not wearing a mask and claims to have a medical exemption pic.twitter.com/MtNbPyzqae