Javid Basharat is a UFC newcomer from Afghanistan. The undefeated fighter is one of the company’s most promising fighters as he is 13-0 and has finished every single fight of his career – 14-0 after tonight.

The UFC has a policy of only allowing “officially approved” flags. In the past, other fighters have gone through the same issue of having their country’s flags prohibited. Before UFC 271, the Zimbabwean fighter”Blood Diamond” was denied entering the octagon carrying the Zimbabwe flag.

In another instance, during the broadcasting of UFC Vegas 49, Ramona Pascoal was denied usage of the Hong Kong flag, due to it being considered not a state. For that same reason, Basharat is being prohibited from entering the octagon using Afghanistan’s flag. The flag was changed after the Taliban took control of the country, therefore making it “non-official” by UFC standards. It’s also possible the Afghanistan consulate refused to approve it. Not unlikely considering how they feel about MMA. 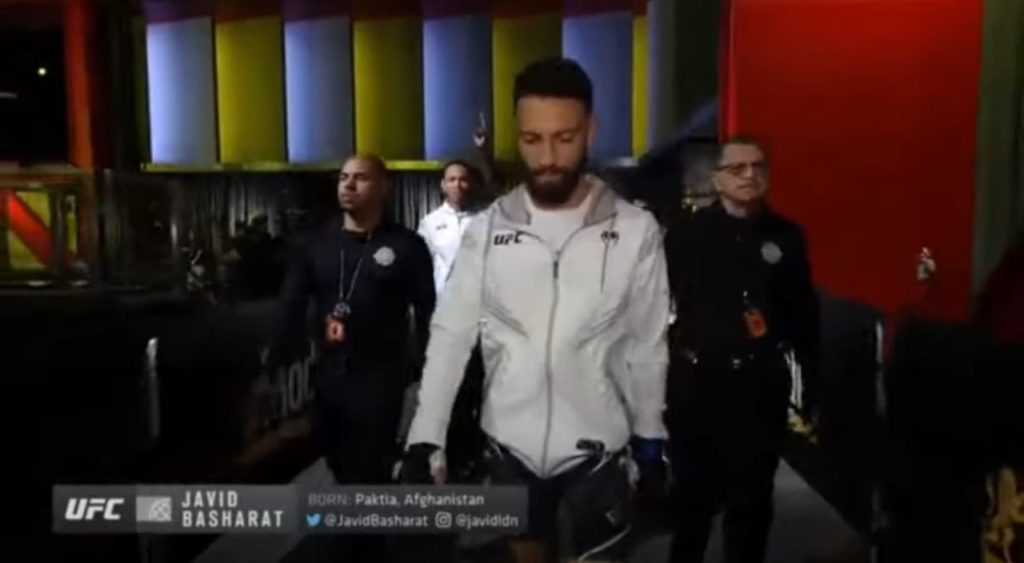 The Afghan star posted on social media that he is very sad about not being able to use his country’s flag.

“They won’t let me carry my flag again and it won’t be on my fight kit,” said the 26-year-old fighter, “such a shame it was always a dream of mine”

Apparently they will not let Javid Basharat walkout with his flag.

The Afghan made his official UFC debut during UFC Vegas 50 aka UFC Fight Night 203, on March 12. In the absence of a flag, Basharat showcased his national pride by walking out to the national anthem.

He defeated Trevin Jones in a bantamweight clash via decision.

Those knees would’ve dropped most 135-ers! ?

Undefeated prospect @JavidBasharat starting to put it together in his debut outing here! #UFCVegas50 pic.twitter.com/WOEAJD9j2H

Javid Basharat won his UFC debut and he gave up his mic time at the start to allow Trevin Jones pay tribute to a friend who passed away and then his main concern is how his brother did in his own fight tonight.

His brother won via submission 5,500 miles away.