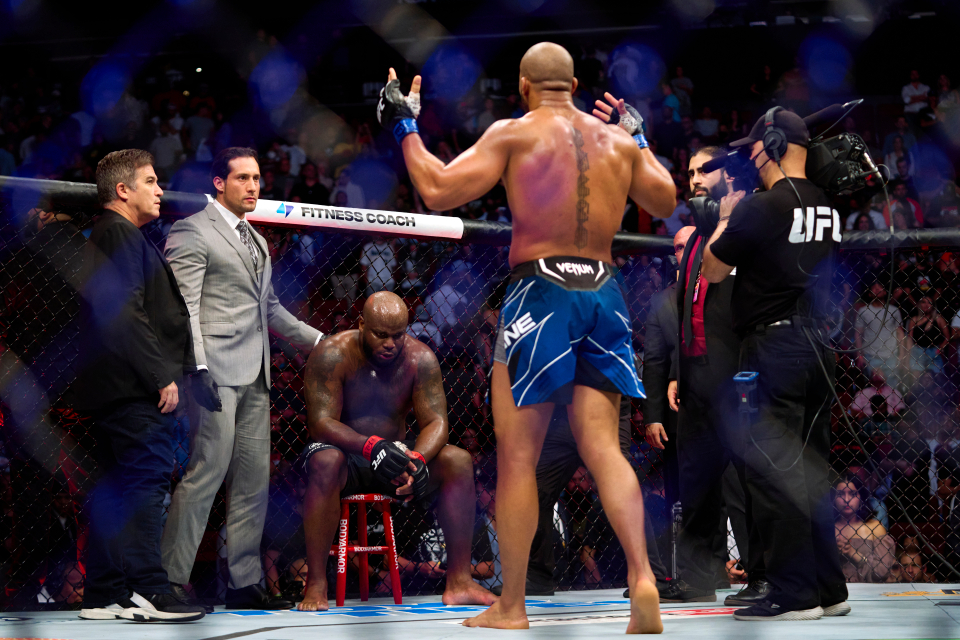 Cyril Gane is nothing short of impressive. However this does not make his newly earned interim champion status legitimate. Not by a long shot. Dereck Lewis has always been a charismatic fighter who had earned the affection of the audience through his brawler style, brute force and meme worthy moments. This is something he greatly played into having become the star of numerous viral videos featuring him in iconic moments:

His anti jiu jitsu is particularly amusing. That being said even in the promotion of the match there had to be serious story edits. For instance what commentary failed to mention is that while Lewis certainly has knock out power he’s also suffered losses that he perhaps shouldn’t have considering that he was fighting two stars at the tail end of their career in Junior Dos Santos and Daniel Cormier. JDS is particularly noteworthy because late career JDS strung quite a losing streak in the last two years.

And this brings us to the elephant in the room. Are we all simply ignoring that Francis Ngannou exists? UFC has been nothing but disrespectful to Francis Ngannou and somewhat undeservedly. But considering how their rankings are largely fictional it shouldn’t also surprise us that their titles are somewhat meaningless. Here’s how UFC described what the championship title means to them:

And of course this is somewhat clear when we consider the fact that Jorge Masvidal received a vanity belt for the sake of promoting the Rock’s Mark Kerr movie.

I think media would do everyone a huge favor if they referred to all belts in MMA as “Promotional” champions instead of “world” or other objective sounding titles. Because that’s what it is. The public should not be misled.

And sadly this rings very true.

Even Gane seemed to forget there was a belt involved in the equation.

So where does this leave us? Well for starters, what Cyril Gane lacks in entertainment value for the casual he makes up for in opening up a new market. And this time market with buying power as opposed to the more Eastern champions from Poland and Russia. In addition to this he’s actually very very mobile and smart for his division. In many ways Gane is more similar to say Adesanya than Ngannou. He’s quick on his feet and his mma math is on point. The two are former teammates and the promotion for the match will surely offer up something. That being said they’re both foreigners likely to get booed by the typical US audience. And PPV potential with them is also somewhat of a mystery.

But at the very least it was fun watching Gane methodically pick apart both Brendan Schaub’s wallet and Derek Lewis’ entire game.