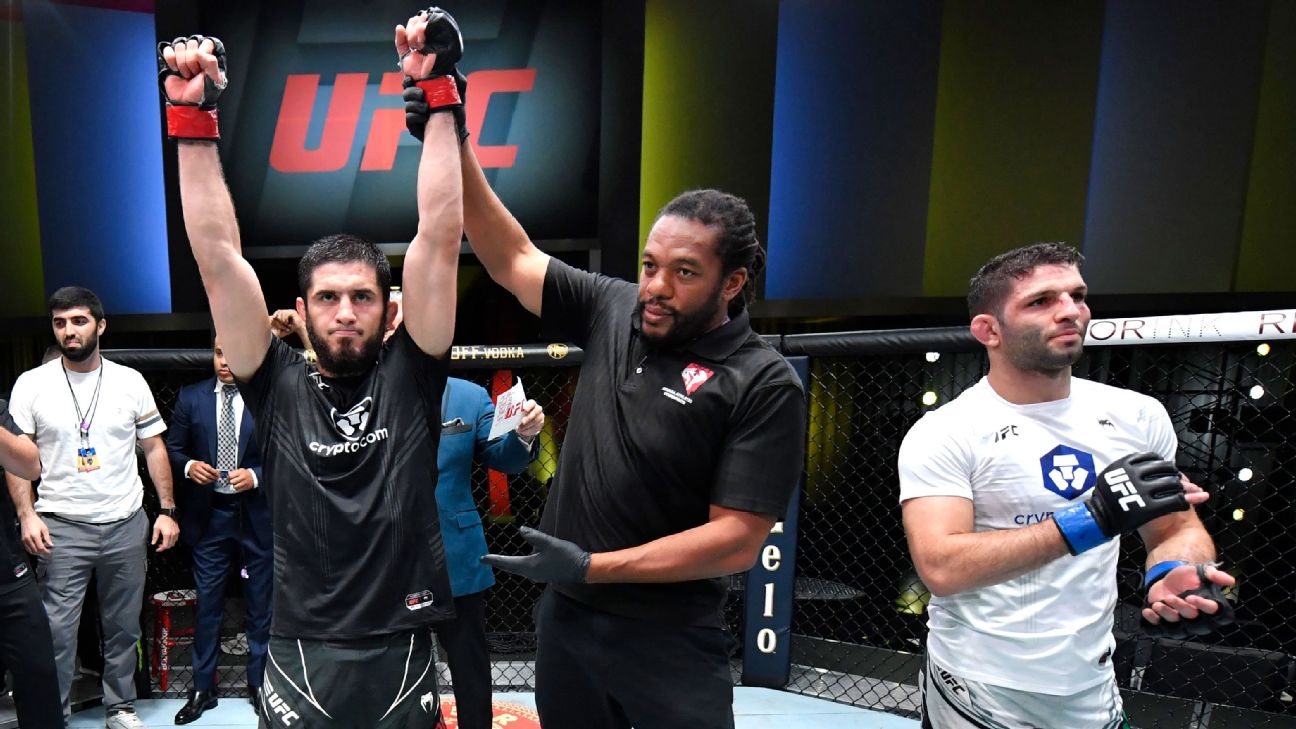 Professional mixed martial arts are thought of as real sports and it’s often discounted just how much of a factor the entertainment value translated to market value is. This is why this year has brought us Masvidal vs Usman II. The rematch nobody needed to see to know what the end result would be.

Last month had a main event featuring Islam Makachev duking it out with Thiago Moises. What nobody seemed to mention is that this main event featured number 8 duking it out with barely ranked (#15) Thiago Moises. And somehow the end math was Makachev advancing to 5th in the rankings with his manager being outspoken on how he sees Makachev becoming a title contender if he were to come out victorious against Rafael Dos Anjos. What’s even more interesting is that former champion Dos Anjos is currently ranked below Makachev at number 7.  So effectively failing upwards is encouraged as long as the opponent has some name recognition.

Of course the UFC isn’t alone in entertainment value matchmaking. While the athletes are caught shaking their heads at stunt celebrity match ups and weird one off promotions the actual fight promoters are often caught wishing for a certain result. The only thing separating them from pro wrestling being that while they do wish for some results, they don’t actually get involved. For the most part.

We mention other organizations because there was a particularly funny edition of Bare Knuckle FC recently. In the main event Paige Van Zant was rematching Rachel Ostovich, while down the card was the woman who defeated Paige at the promotion some time back. With no fanfare. Meanwhile Van Zant hasn’t won a fight in ages but will probably headline whatever fight she’s next in as well.

Similarly after suffering a decision loss after going 5 rounds against Sean Strickland, Uriah Hall has actually risen up the rankings.

During the Diego Sanchez saga both Sanchez and his former manager were vocal on just how UFC executive Hunter Campbell weaponizes the rankings – which again are ultimately meaningless.

It’s hard to form an articulate end point to all these observations. Ultimately it is a job that’s very reliant on fighter’s own attributes in the cage and outside. Yet so many try to let the athleticism speak for them, trade on the UFC name to get into the circus and ultimately get left holding bags loaded with medical cartons and very little in terms of a reward system. And as much as one values the martial arts of it all, it seems as tho investing in marketability as opposed to athleticism seems to pay way bigger dividends.