There was a lot of talk last week about UFC flyweight Casey O’Neil challenging a keyboard warrior to come to her gym. O’Neil trains out of Extreme Couture in Las Vegas.

UFC flyweight was triggered when an internet troll claimed he could handle her easily. 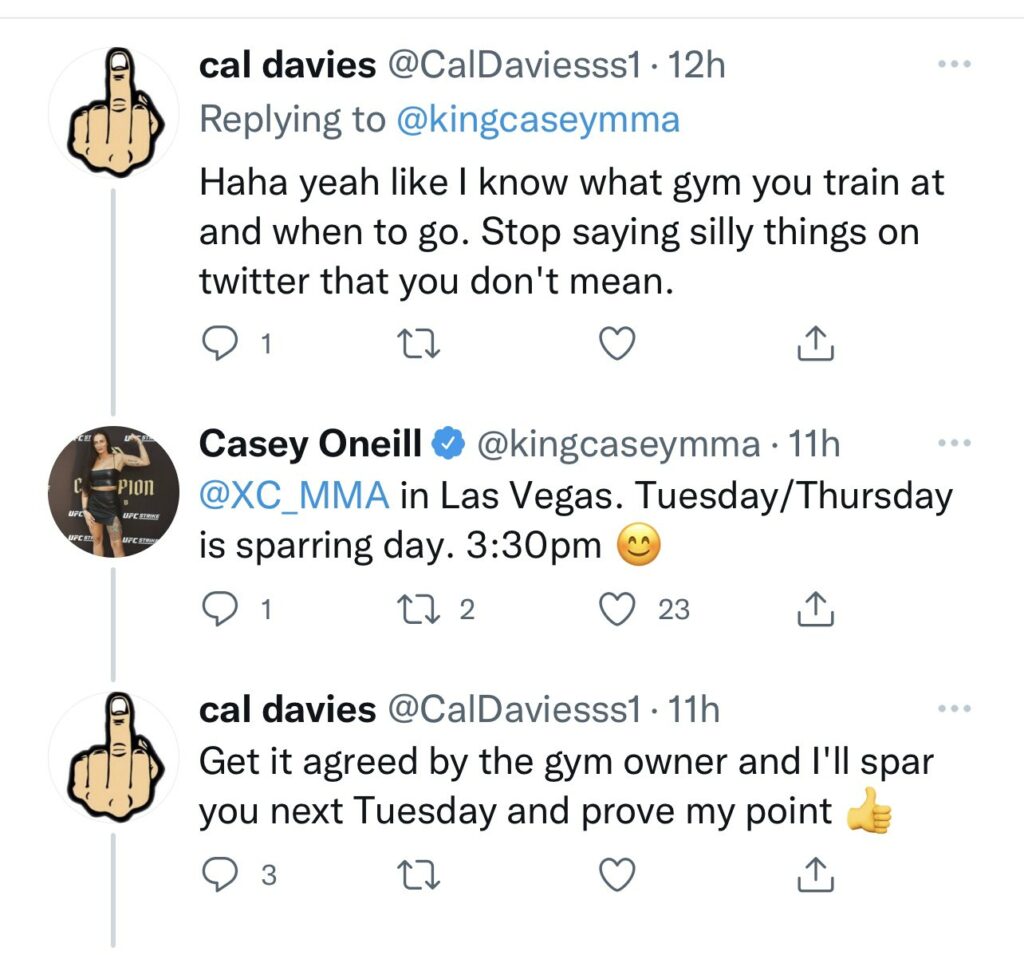 O’Neill told AllStar, she was prepared to take on the challenge despite having a damaged ACL. However, when she awoke, she found the troll’s Twitter account had been deleted.

“It’s really funny to call people out on what they’re saying because half the time someone will say something on the internet that they won’t say to your face.”

” so I told him to come spar. I’ve got one ACL currently, not even cleared to spar, but I know for a fact I would kick his ass,”

“Today when I woke up I’d seen that his account is no longer, so I don’t think Casey vs Cal is going down anymore. I don’t think I’m going to be beating up the Twitter troll unless he shows up, but I highly doubt it.”

But UFC CBO and the next in line to inherit Dana White’s position as president wasn’t so keen on the idea. According to O’Neil she was contacted by Hunter Campbell who requested she not take on unsanctioned bouts.

According to O’Neil, the whole incident started to spiral out of control and acquire notoriety beyond the Twitter community.

“I’ve got Hunter Campbell from the UFC texting me, like ‘Don’t have unsanctioned fights please. I need you healthy.’ Everybody taking it seriously. It’s pretty funny for me though.”

“I think people say it for attention almost. I don’t know if it’s like a fetish thing, like they want to get beat up by a woman or something. You have to pay me if that’s the case.”