There have been a lot of ramblings about Khamzat Chimaev and his visa issues. Back in March, Chimaev made fun of reports that he had trouble securing an US visa and that was causing a delay.

According to sources, the Russian-born Swedish mixed martial artist was unable to enter the country in January 2022. It was later explained that he was denied entry at the airport due to visa problems.

Mind you this was before the war. In the fall out there have been even more ramblings but UFC proved themselves quite politically savy having arranged for US and UK  visas for a number of Russian athletes.

Fast-forward to November 2022. Maxim Grishin revealed to local media that he was asked to “not to associate himself” with the Grozny-based Akhmat Club.

Kadyrov’s involvement with MMA is not only as a “promoter” but also as a fan. He has a huge influence over MMA and has been a patron of a number of famous athletes. Often hosting them for seminars at the Akhmat club. 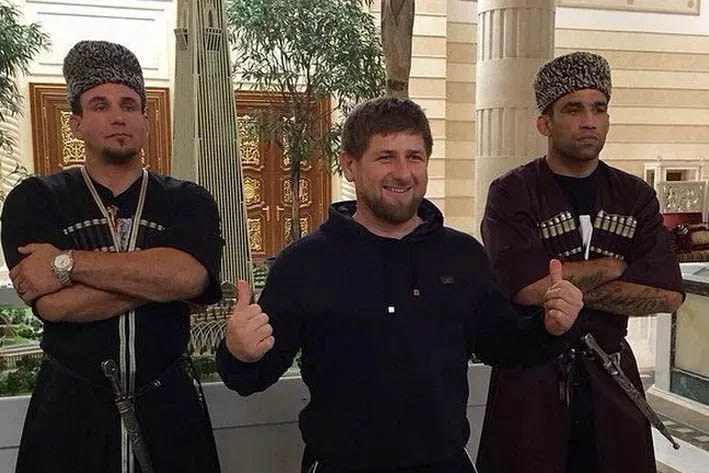 Over the years, Kadyrov has met with a lot of UFC vets and champions, which included Frank Mir, Chris Weidman, Fabricio Werdum (who was also an ambassador for the Akhmat fight club), Alexander Gustafsson, Frankie Edgar, Ilir Latifi, Makwan Amirkhani, and Khamzat Chimaev.

Most recently Islam Makhachev dropped in with his brand new lightweight UFC belt.

Maxim Grishin was booked to face due to face Brazil’s Jailton Almeida on November 5th but he had difficulties in securing a visa.

Grishin told  Match TV  he had endured delays with obtaining a US visa because of a “failure in the system.”

“I don’t have a visa refusal. I was asked a question regarding my past activities,” said Grishin, who has completed Russian military service and said he had flown to an American base in Bahrain in a bid to expedite his visa process.

“I pointed out the place where I studied, [and] the name of my military specialty, [which] sounds loud given the current situation,” Grishin said.

Grishin was asked about a picture with Kadyrov on his social media, and if it could be seen as the cause for his issues. 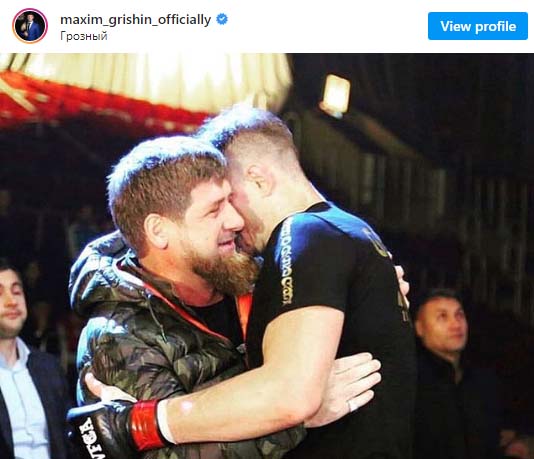 ““In this photo, I congratulated the head of the Chechen Republic on his birthday,” said the 38-year-old.

“Yes, there were recommendations, I was told that it is better not to associate myself with the Akhmat Club, which I am a representative of.”

Despite the fact Kadyrov is sanctioned, Grishin doesn’t believe this was the case. He’s been replaced in November 5th clash by Shamil Abdurakhimov.

It’s an interesting development especially considering Khamzat Chimaev shares pictures of Kadyrov more or less every day on his instagram – and he’s not the only one considering that Makhachev recently paid a visit to the US Sanctioned ruler.