UFC 278 is ahead of us. The card is set to happen on August 20th at Vivint Arena in Salt Lake City, Utah. This is the first Pay-per-view event that will be happening in the state of Utah.

This is especially relevant considering how much of a hot topic UFC pay has been all through media week.

Sadly, Utah athletic commission has confirmed they won’t be publishing official purses. This is espeically important to publish because there’s a number of websites online that publish ‘fake’ payouts ie fictional estimates the authors make themselves on what the athletes are making.

If you’ve ever googled a name of a UFC athlete along with net worth you might’ve seen fictional reporting.

After each and every event these postings get shared everywhere online. While most completely avoid addressing sources some mention they are merely estimates based on previous payouts. 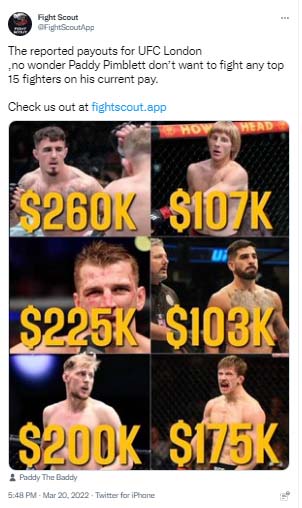 At this point MMA Analyst Jack Slack and a notable athlete pay advocate John Nash put them on blast. 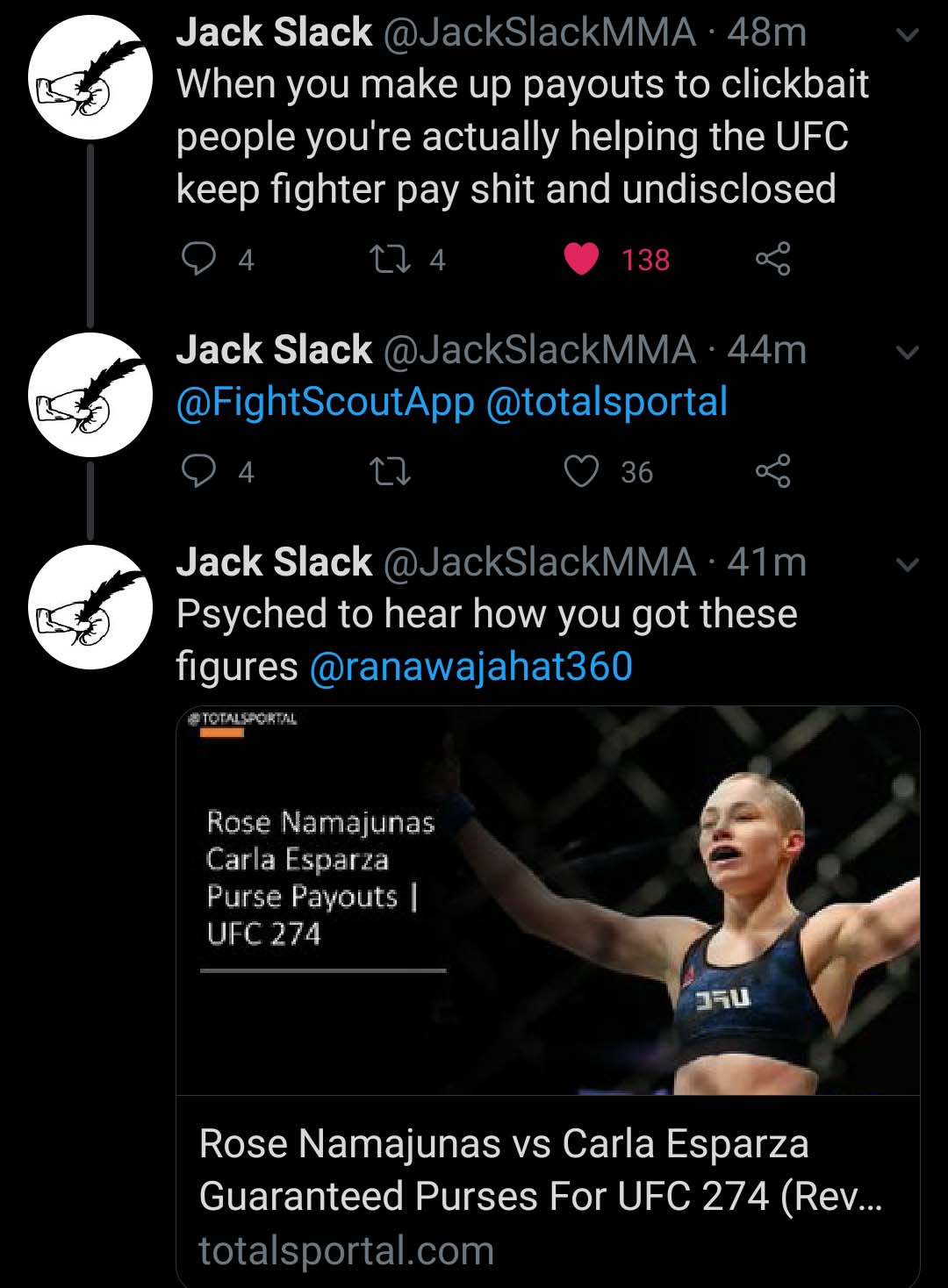 This is particularly troubling because MMA is regulated by individual State athletic commissions in the US. Whereas some of them would disclose pay outs, UFC is actively pushing to phase this out.

To make matters worse, Nash explained that regulation is actually moving in the direction of helping promoters keep their profits safe.

“GAO released a report after the introduction of the Ali Act calling for more disclosure in order to better protect fighters financially and ACs are instead looking to help promoters end disclosure.”

Slack went on to parody the style of posting – which oddly some picked up as a real figure.

Recently California State Athletic Commission released the payout information which led to a lot of backlash. The entirety of the athletes on UFC San Diego card were paid from gate money alone. UFC grossed reported $1.7 million on gate for UFC San Diego. meanwhile all the disclosed purses add up to just under that.

While Dana White has tried to stress that UFC was ‘struggling’ through the pandemic his own boss – Endeavor CEO Ari Emanuel refuted his claims. According to Emanuel all variability has been removed from the business plan thanks to a lucrative ESPN deal.

Endeavor CEO Ari Emanuel was quoted saying:
“I used to have this lumpy business,”

“And right behind it, I sat down with Bog Iger and Kevin Mayer and I said, ‘Guys, do you want the ultra premium? I’ll take it off DirecTV and I’ll sell you for [ESPN] Plus my PPVs.’ And we negotiated a deal. I don’t have PPVs now, I’m not lumpy. I have a set number, I know my number. I think I negotiated a very good deal as to where it should be and they benefited from it and you can see the [subscription] growth for them. So I don’t have any variability. I’ve taken the variability out.”