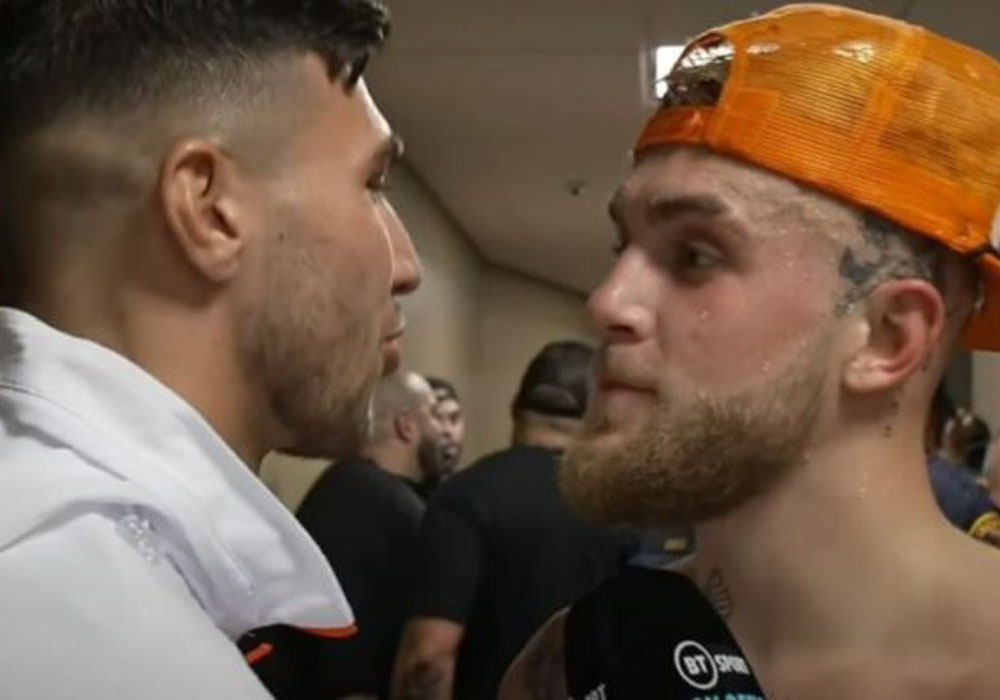 Tyson Fury has informed his brother Tommy Fury that he will have to retire from boxing AND change his last name if he loses to Jake Paul. Paul has been ignoring Woodley’s calls and cries for rematch as he looks for another lucrative match up – and he’s had his sights set on Tommy for a while now.

Tyson will be returning to boxing against Deontay Wilder this weekend. But his biggest concern still is Tommy Fury making a ‘splatter’ out of Paul if he ever plans on becoming a boxing world champion.

Speaking to Boxing Social about the prospect of his brother fighting Paul, Tyson said:  ‘I think the fight needs to happen – Tommy and Jake will get the fight done.

‘If Tommy can’t splatter Jake Paul, I’ll retire him from boxing myself. If he can’t beat Jake Paul, forget about boxing.

‘Because he’s got ambitions of being a world champion, never mind beating some YouTube guy.

‘But it’s a great fight for the social media world and for all the kids out there who support them both.

‘It’s a great fight to watch, it’s a spectacle. But Tommy – his name’s Fury. If he can’t beat Jake Paul, I’ll have to change his name.’

I just wanted to come on here and address a few things that Jake Paul has been saying that I have denied two offers to fight him.

‘That is true, as those offers weren’t even worth addressing, and now he has come out and said that he wants to give me a £1million to fight him and I just want to say this.

‘To everybody out there, £1million for a fight of this magnitude is not even worth getting out of bed for, this fight is going to gross millions and millions of pounds.

‘I cannot walk down the street without anybody asking me “when are you fighting Jake Paul”, so until you want to make a serious offer and put it on the table, we can’t think about fighting pal.’

He continued: ‘This is a very smart tactic in what he is doing. It is used by a lot of fighters when they don’t want to fight somebody.

‘It makes it out to the public that he has made plenty of offers, reached out to have the fight and I have turned it down and I don’t want the fight.

‘But as I previously said, in boxing terms £1m is nothing, especially for a fight of this size. Tomorrow or tonight is soon enough to fight. You get your figures up and we can talk.’