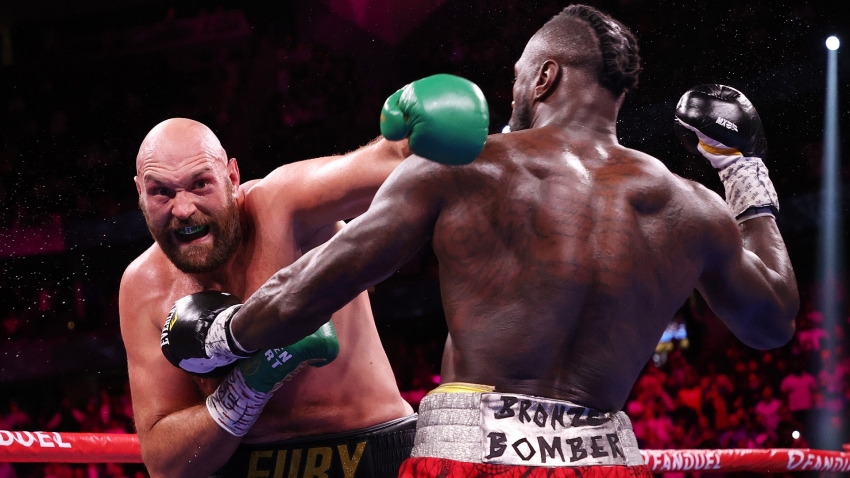 Tyson Fury and Deontay Wilder have been paired together in the ring three times. The first fight between them happened in December 2018 and resulted in a controversial draw. The second fight was agreed on and happened in February 2020. The bout resulted in favor of Fury with a TKO in the 7th round. Tyson Fury effectively became WBC heavyweight champion.

Wilder initiated the rematch clause for the trilogy in March with the fight being scheduled for July 2021. However, Wilder was still recovering from the surgery and there were concerns regarding the covid-19 pandemic this meant the fight was rescheduled to October 2021. Fury was tested positive for covid-19 in July.

The date for the trilogy was again shifted to December 2021 due to Covid-19 restrictions which would have resulted in a limited audience.

ESPN was unwilling to televise the bout due to conflict with the NFL and it was suggested to move the date for the third time. Fury was furious upon hearing the news. Fury said that they wanted the fight in December, he agreed. Now he is ready and has been training, now they want to move the fight to next year. Fury stepped away from the fight and entered the negotiations for the unification bout with Joshua. As a result of this action, Wilder in a video message on social media accused Fury of cheating in 2nd fight.

Team Fury insisted that the rematch clause has expired so both teams decided to enter the mediation process. The arbitration judge ruled in favor of Wilder. With Fury recovering from Covid-19, both teams agreed to fight in October 2021.

In an interview, John Fury revealed:

‘It wasn’t a boxing match was it. Tyson was very badly injured going into that fight,’ he told BT Sport Boxing. ‘He had to have chromosome injections into both elbows. He’s since had an operation, six hours all day in hospital having them sorted out.’

‘I think he had some bone spurs that he had to get removed, he was handicapped from the beginning. The boxing side of it went out the window because I knew he was going to be like that from early on.’

‘When I seen the look on his eye, I just knew he wanted to seek and destroy. That’s what he did and believe me, it was exciting for the paying public, probably one of the most exciting fights you’ll see. ‘But boxing wise, he didn’t do nothing he trained on. They couldn’t have trained for that, could they?’

The trilogy ended ruthlessly as Tyson survived 2 knockdowns in 4th round before Fury’s stoppage in the 11th round. Wilder was applauded for his tremendous effort despite failing for the second time. Tyson insisted that the American faced an unfit opponent.

Fury is currently training his half-brother, Tommy, for the clash against YouTube sensation Jake Paul on December 18th.