If you’ve spent time on social media and you care about sports you’ve certainly encountered a lot of opinions on Lia Thomas. The 22 year old UPenn athlete just won an NCAA title in women’s 500 yard event.

The victory was met with mixed reactions.

This is a call back to a frequently cited research – that is being misinterpreted.

The research in question is titled ‘Bone Safety During the First Ten Years of Gender-Affirming Hormonal Treatment in Transwomen and Transmen’ and it deals with longitudinal effects of HRT to bone muscle density. The study examined the two over a 10 year period to conclude if HRT is safe. And here’s the kicker – the conclusion of the study is that bone muscle density of transwomen didn’t change over the course of 10 years of hormone therapy. So if anything, this research can be interpreted to mean that HRT alone is not enough to have transwomen competing with biological women – considering the hormone therapy doesn’t affect bone muscle density adversely over time.

The specific finding Mclaughlin is leaning on here is that 20% of 700 transwomen participants in the study had below average bone muscle density. To quote the study:

‘ The current results may indicate that HT does not have negative effects on bone health in trans people, because no change in LS BMD and an increase in LS Z-score was found. However, because prior to HT a high percentage of low bone density was found in transwomen, bone health should be an important topic, especially if therapy noncompliance is suspected. ‘

If we look at Mclaughlin  in particular – we’ll notice that  prior to the transition she was in the special forces and had impressive weight lifting results – and weight training in particular increases BMD so it’s hard to see how low bone muscle density percentage relates to her (or Thomas) in any way.

Further, Mclaughlin went on to retweet the comparisons between the attributes that gave Michael Phelps the advantage over other males to the Lia Thomas scenario where she’s competing against biological women.

michael phelps has a biological advantage over his competitors that helped him win more olympic medals than any other athlete on earth and they put his face on cereal boxes. when a trans woman wins a single medal, people scream about "biological advantages" and are outraged pic.twitter.com/3dZT1VzeSr 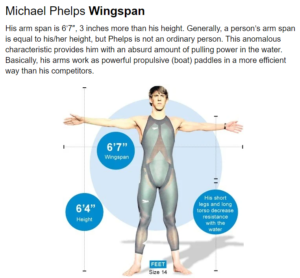 These claims were debunked by a PED expert saying:

“But we have somebody who is blatantly male with blatantly normal physiologic function and this is not some sort of situation that is having a I don’t know like pseudo hermaphroditism or something. You have an individual’s who’s like legitimately like a healthy functioning like high performing male and then they transition like this is not about you were born with some f—ing biological differentiation that made you be elite of your aside the identify gender that you are rather it is you are identified as male, and then you walk in transition like it’s, it’s a little bit different. ”

Lia Thomas met every requirement; she was in full compliance with every rule that the organization in charge of making rules had in place. But instead of celebrating her victory, you’ll see countless articles about the “debate” on her participation, despite (read the top again⬆️)

And this point cannot be argued with – in the end Thomas’ title is more of a scathing indictment of the NCAA policy.

Current NCAA guidelines allow for hormone concentration that’s 6,7 times higher than that of an average female.

The new proposed guidelines would slash that number in half – but it would still be roughly 3 times bigger than that of an average female.