Tony Ferguson might be looking to headline the most profitable fight of his career. In the recent days he has been a rumored opponent for both Nate Diaz and Conor McGregor. However his call out of Irish Sports Star certainly made an impression. The 37 year old Ferguson is vocal in his belief that McGregor was taking Growth Hormone. 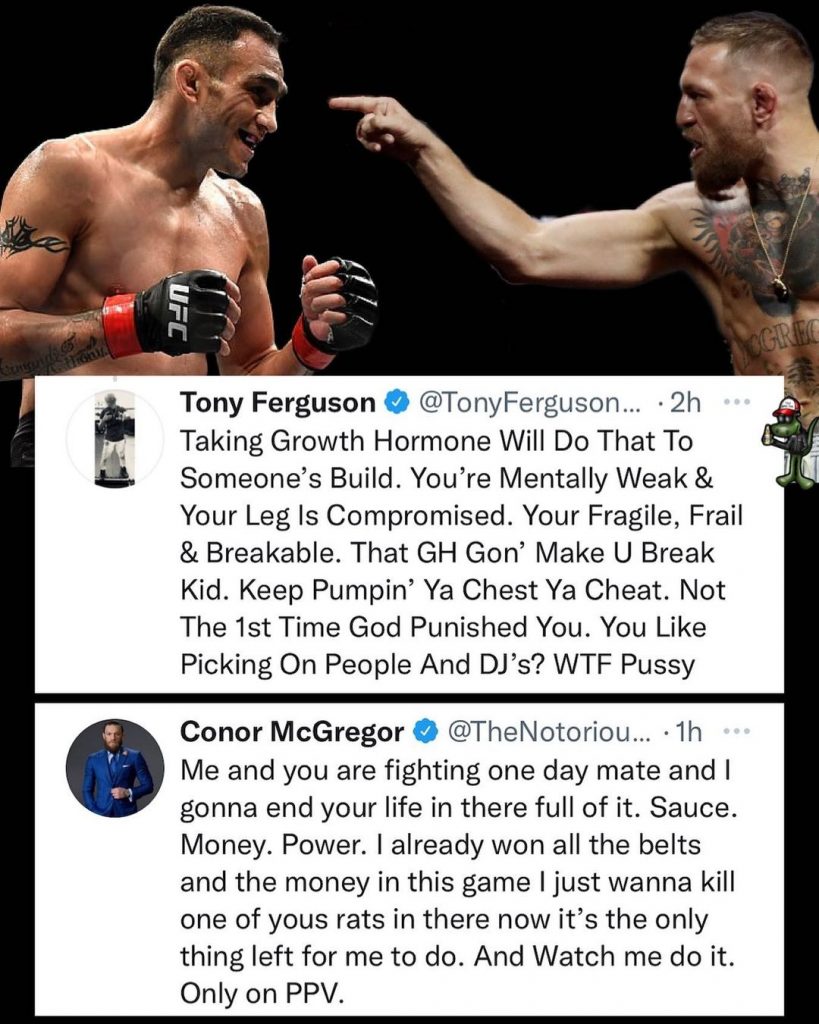 While Ferguson is undoubtedly salty about how his MMA career is going at the moment he might actually have a point on McGregor. McGregor has ballooned in size since he first came to prominence as a featherweight champion 136 to 145 lb (61 to 66 kg) – but then quickly moved on to 146 to 155 lb (66 to 70 kg). In addition to this he’s asked twice before to fight at Welterweight 170 lb (71 to 77 kg) – ie not have to cut weight down to 155lbs.

One additional red flag, when we look at McGregor’s history and body transformation is his retirement announcements. Formally retiring tends to be accompanied by withdrawing from the USADA pool. In addition to this McGregor is certainly one of the only few that can truly afford the medical expertise required to thwart USADA tests.