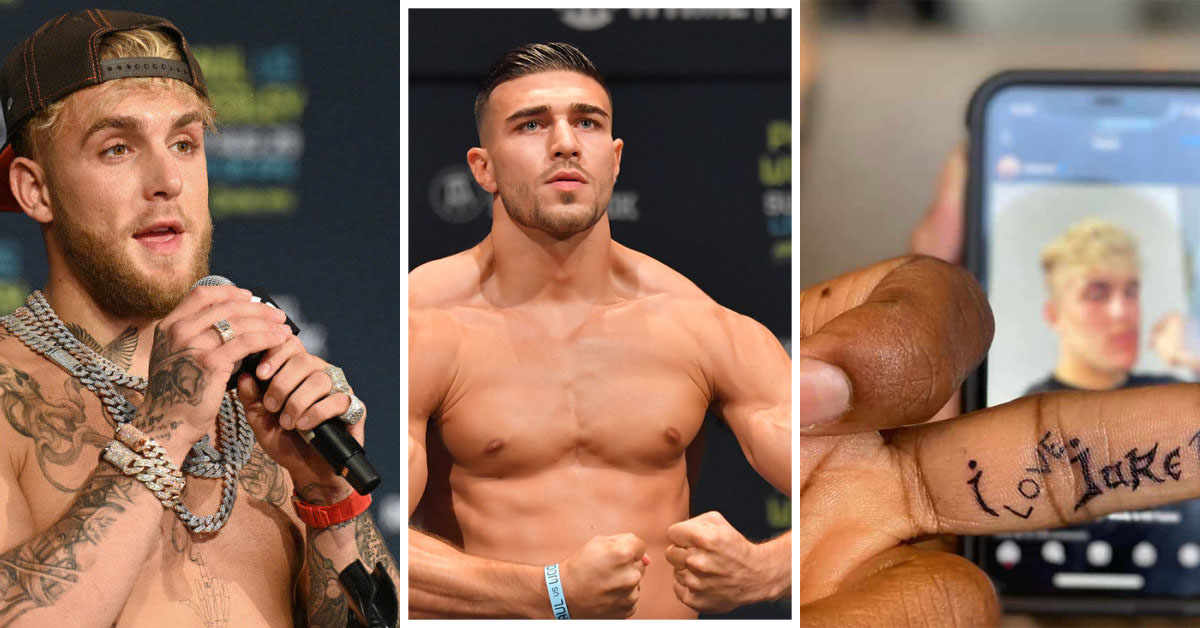 Tyron Woodley may have gotten the luckiest break of his career. Tyson Fury’s younger brother Tommy Fury reportedly pulled out of the boxing match with Jake Paul.

The boxing match was set to take place on December 18th in Florida – but Fury has instead withdrawn – as confirmed by mirror.co.uk. Fury has been suffering from a cold and has not been training as much. No reason was given for the withdrawal.

According to first reports Tyron Woodley and his stunt tattoo will be stepping in and trying to get one back on the Youtube star Jake Paul.

Tommy Fury was set to be the first ever opponent of Paul to come from a traditional boxing background.

For Woodley – this means that getting the “I love Jake Paul” tattoo was not in vain. The 39 year old former UFC champion is looking at another record paycheck for the match up.

This is especially interesting in light of all the rumors that the first match was fixed – because once Paul was up against the ropes Woodley didn’t close in but let Paul recover.

One person that’s bound to lose with this event is former UFC fighter/commentator Dan Hardy who was hoping to close a lucrative boxing deal with Woodley.

Tommy Fury suffered a broken rib and is dealing with a chest infection, per a statement released by his team: pic.twitter.com/tVE2ggJe9I