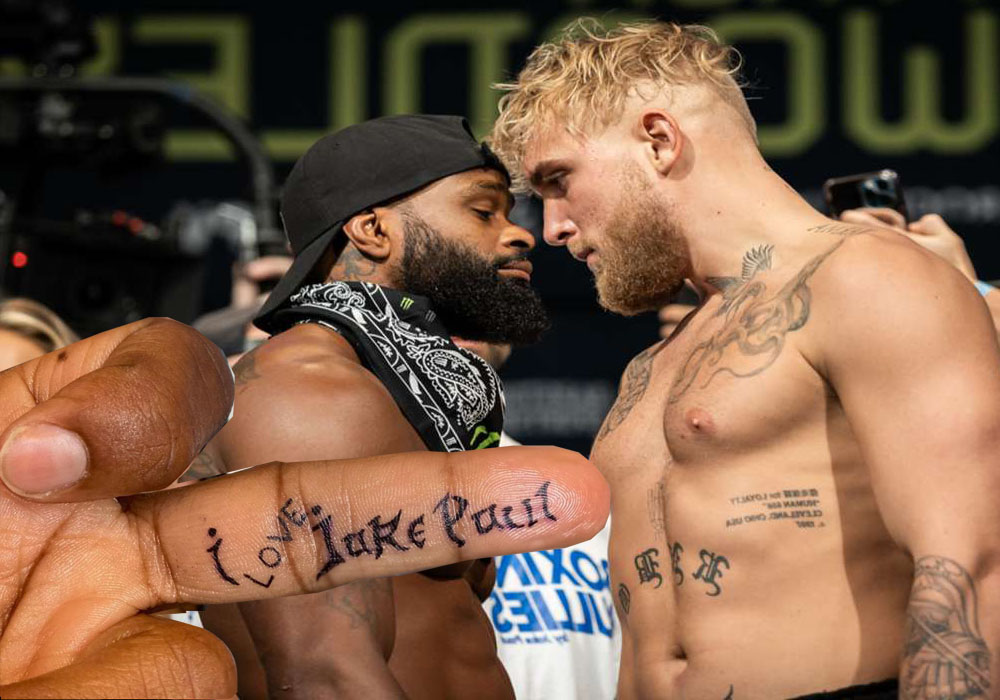 In spite of the MMA community being in disbelief, former UFC Welterweight champion went and got the tattoo that was required of him if Jake Paul was to accept the notion of a boxing rematch.

While we’re all in a little bit of shock over the tattoo, it’s not really that surprising that 39 year old Woodley would be chasing after the biggest reported paycheck of his career – according to reports he made an estimated 2 million dollars for the boxing deubt. About four times the biggest UFC purse he’s ever received.

And of course, the best performance he put on in the last few years was against a racoon:

Paul offered up a video response:
“No way did a grown-ass man just get a tattoo that says, ‘I love Jake Paul!” he then displayed a sign “I love you too.”

It’s highly doubtful the two will rematch. Paul is still under contract with Showtime Boxing. And for those peddling the conspiracy theories:

For those claiming the Woodley tattoo is fake. This is from him. pic.twitter.com/B56ciijTbm