Tito Ortiz announced a rematch with fellow UFC veteran Chael Sonnen. Ortiz said their rematch is in the works and will be held at early next year.

It looks like Tito Ortiz isn’t done with mixed martial arts yet. Ortiz is one of the pioneers in the UFC. At the age of 22, ‘The Huntington Beach Bad Boy’ had his first appearance at UFC 13 way back in 1997.

In 2000, Ortiz became the second person to win UFC light heavyweight champion and defended it 5 times. He continued his long run in the promotion and retired in 2012. Two years after retirement ‘The Huntington Beach Bad Boy’ signed with Bellator MMA.

Same thing happened to Chael Sonnen. The 45-year-old retired in 2013 but returned to Bellator MMA in 2017. Sonnen competed against Ortiz at Bellator 170 in 2017. Ortiz submitted Sonnen  with a rear-naked choke in the first round.

Ortiz is also often ridiculed online for an array of conspiracies he whole heartedly believes in. This kind of thing ultimately put a kibosh on his promising political career as a mayor-pro-tem of Huntington beach.

“I watch a lot of other guys, guys like Conor [McGregor] and they start talking about people’s wives and sh*t, and that’s just a line that shouldn’t be drawn. Families can’t defend themselves, you know?” 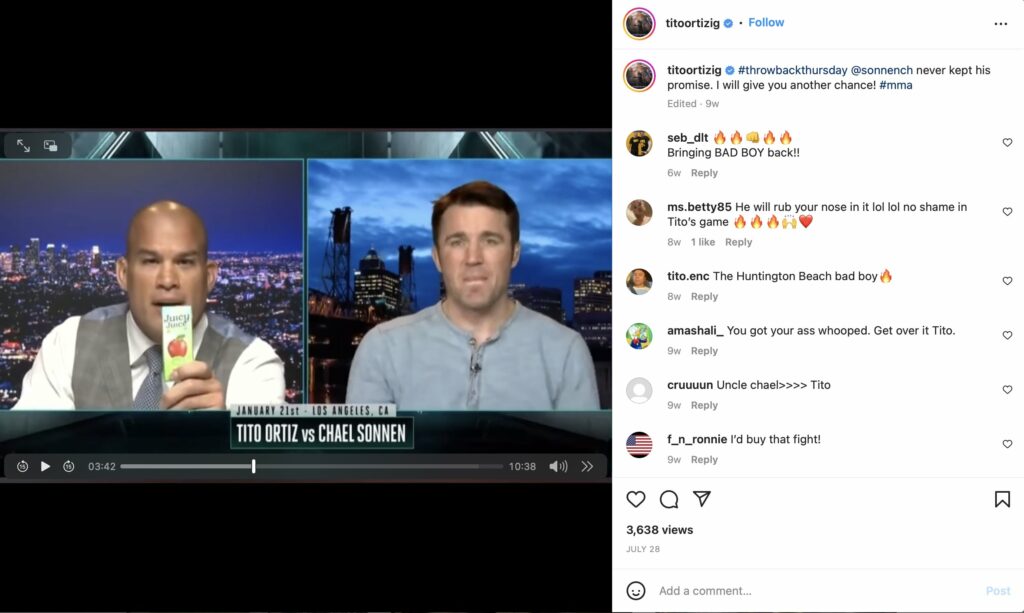 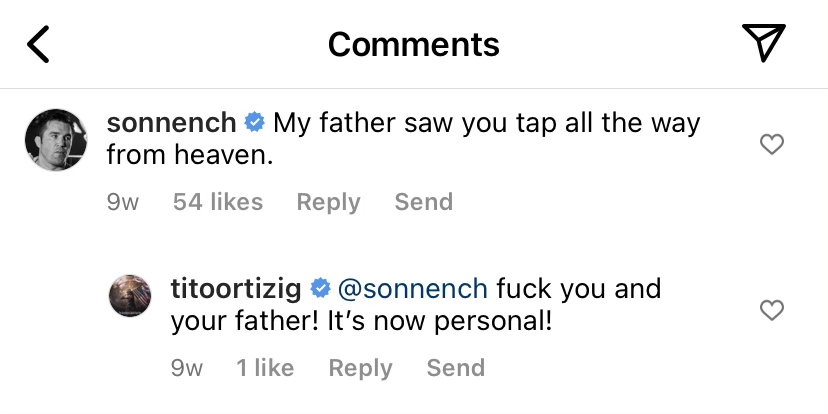 Ortiz kept competing in various promotions after leaving Bellator MMA. He was also elected to his city council and even had a professional boxing match with Anderson Silva. Meanwhile, Sonnen announced his retirement in 2019. Ortiz himself has been calling Sonnen out for a rematch, but Sonnen always dismissed it. However, during a recent talk in The Adam Carolla Show, Ortiz announced that their rematch is in the works.

“But I’ll be competing my one last time in the beginning of February. Tito Ortiz versus Chael Sonnen and number two will be happening.  For freedom fight night. And I’m excited. I’m really excited in mixed martial arts, not boxing and mixed martial arts. Correct at 205lbs. “

The pair will compete in Freedom Fight Night , Tito Ortiz’ UFL event. The event will be held in February next year.