Tito Ortiz has been keeping very busy. The longtime mixed martial artist and former UFC champ has his mind set on getting another bout whether it be in a cage or a boxing ring.

Ortiz has tried everything from getting one over on longtime nemesis Chael Sonnen to Jake Paul. Ortiz has also been helping out fellow MMA veteran BJ Penn with his political aspirations. But Ortiz’ gullibility is one of his finest qualities.

Recently a mma superfan on twitter teased Ortiz about his status. 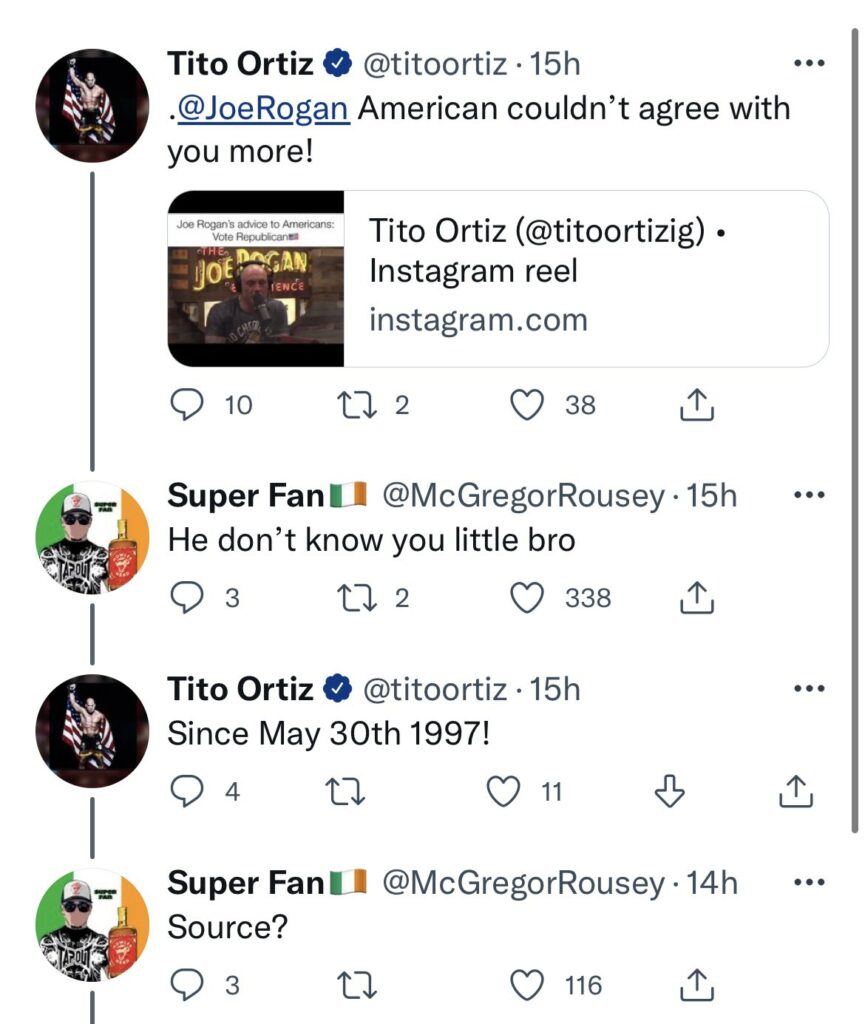 After Tito Ortiz attempted to persuade a follower on Twitter that Joe Rogan is an accointance, MMA fans savagely teased him. 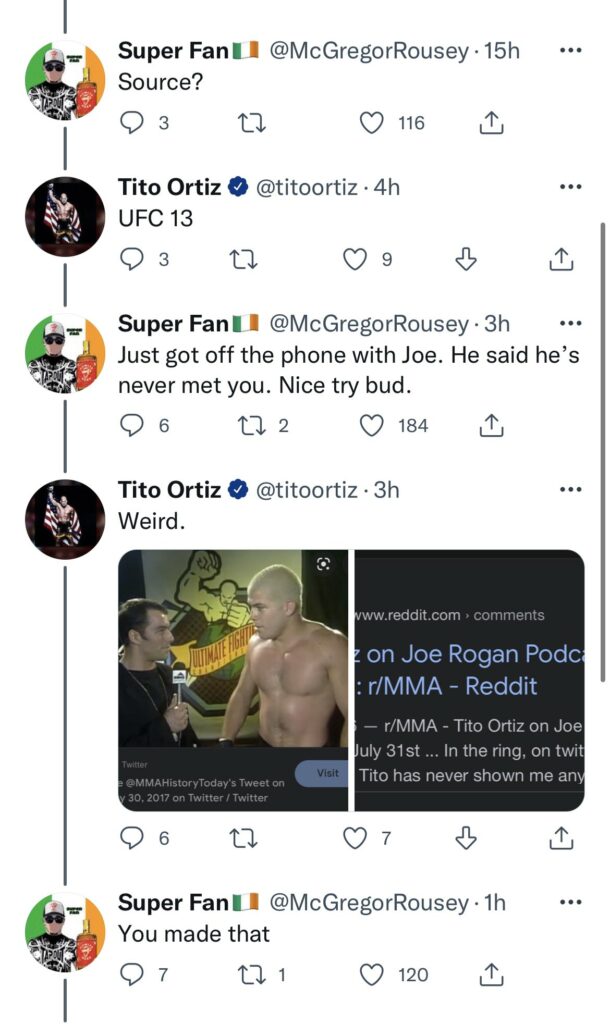 Ortiz shared a segment from Joe Rogan’s podcast in which Rogan criticized American politics, sparking conversation on Twitter in process.

Ortiz has long been suspected of heavy brain trauma due to his long career in combat sports. Not to mention his faceplant knock out in boxing to Anderson Silva.

”Tito is the living embodiment of CTE” one fan writes

Last year, Ortiz was caught of trying to get unemployment checks while serving on Huntington Beach City Council. When this information emerged, Ortiz was forced to resign his public office. He’s since expressed regret over the fact that he hasn’t aimed higher than the city council perhaps looking at Penn’s aspiring career in politics.

“It’s important that we protect this city. This city is powerful to me and I’m not leaving. Joe Rogan, a bunch of other Hollywood guys, they left. I can’t say the word because my children are here, but they’re quitters! I refuse to be a quitter.”