Tito Ortiz has been busy trying to book one last outing for the better part of 2022. Ortiz was initially targeting Chael Sonnen but Sonnen rebuffed attempts to book it and was content dealing with his legal predicament instead of having to think of zingers to lob at Tito on social media.

The meme machine that he is, Ortiz was interrupted by Alexa mid challenge and produced another hilarious moment.

Big Boy (real name Jake Johns) is a feature at the RVCA gym where he often puts in time training boxing alongside Luke Rockhold, Mackenzie Dern, Chito Vera and more.

Big Boy went on to reveal he was supposed to be boxing Rampage Jackson – when that fell through, Ortiz swooped in and threw the gauntlet. Which the youtuber accepted. 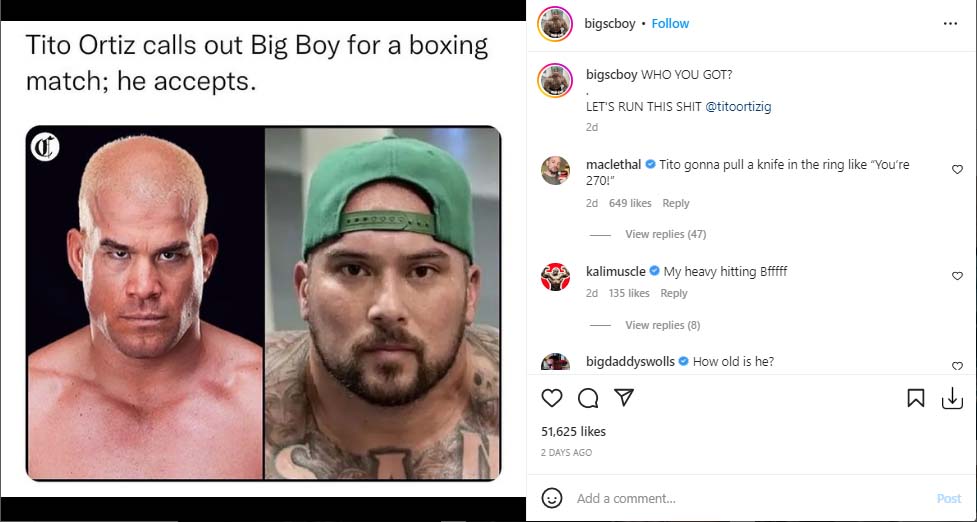