The strawweight clash between Rose Namajunas and Carla Esparza last Saturday left a bad taste in many people’s mouths. The bout is widely regarded as the worst UFC title bout in history.

The lackluster performance by both Namajunas and Esparza proved to be difficult to score as there were so few significant exchanges.

UFC President Dana White even called the bout “weird” and admitted he was zoning out. Oddly he didn’t comment on the fact he was watching Canelo Alvarez box instead.

By the end of the 5-round contest, Esparza successfully reclaimed her long-lost title and became a two-time champion.

Namajunas initially thought she won – as she was mislead by her corner. Her finace/cornerman Pat Barry even said that the audience booing meant she was doing it right.

To make matters worse, her head coach Trevor Wittman had her winning the first 4 rounds.

After the adrenaline settled down,  former two-time champion Namajunas took to Instagram to apologize to her fans.

“Sorry to everyone. I f**ked up. Definitely feel like a s**tty human being but this will make me a better. Hats off to Carla and thanks to everyone who’s been there for me.”

Former strawweight champion Joanna Jedrzejczyk was quick to offer her support. As was Jessica Andrade who actually believed that Namajunas was coming out on top.

Veterans of the sport, Sara McMann and Andrei Arlovski also lent their support 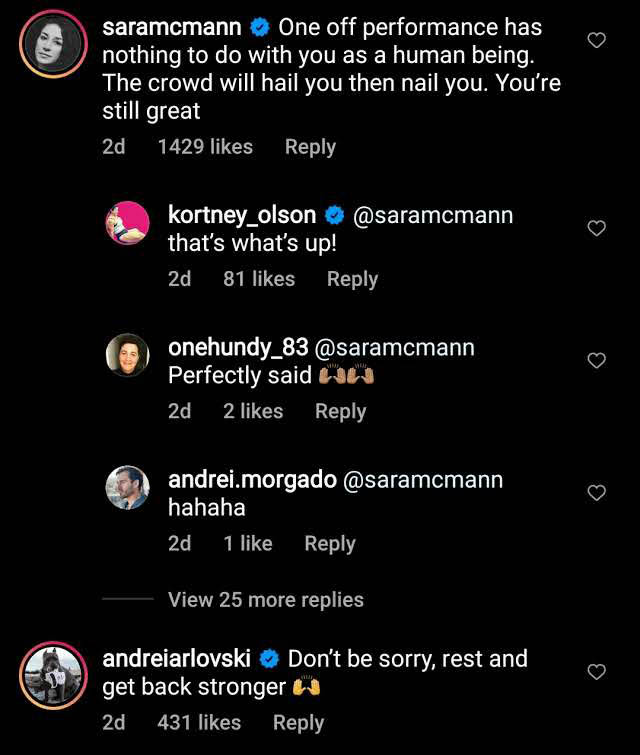 Usman and Gaethje’s manager Ali Abdelaziz was also on hand to send a message of support – possibly after logging out of Burns’ profile. 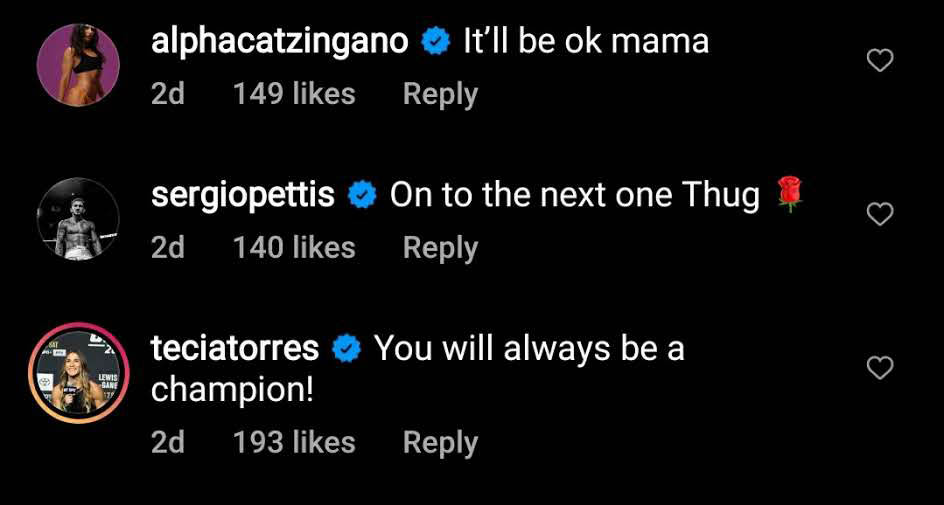 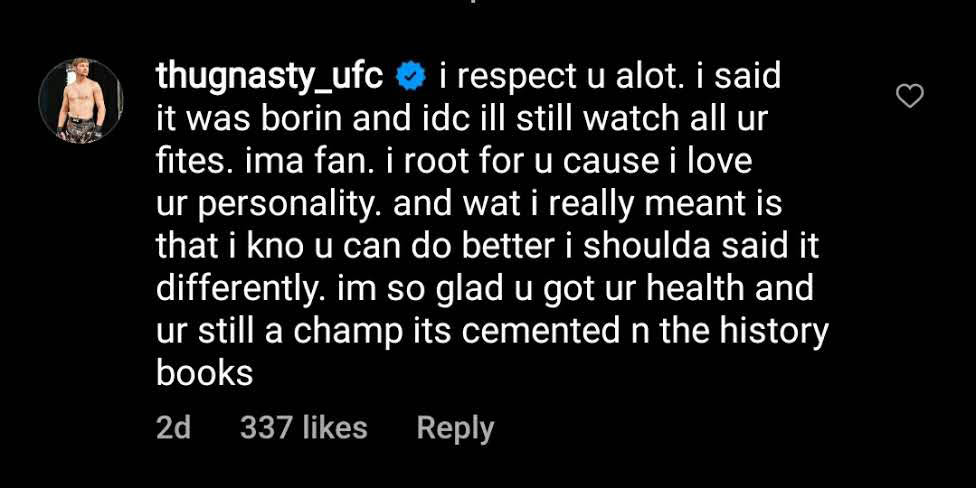 “This shouldn’t be an indictment on either fighter and particularly Rose, who is getting a lot of heat for it and even had to put out a statement saying that she feels like a s**tty human being.”

“Like, golly, no. You’re still a legend, you’re still one of the greatest strawweights of all time. And I don’t think enough people are talking about the fact that she has loss to Carla Esparza back in 2014.”

“That could play mental mind games on you, right? Maybe that’s why she couldn’t pull the trigger.”

Namajunas first fought Esparza back in 2014 for the vacant strawweight championship. Unfortunately for her, she lost the fight by submission in the third round.