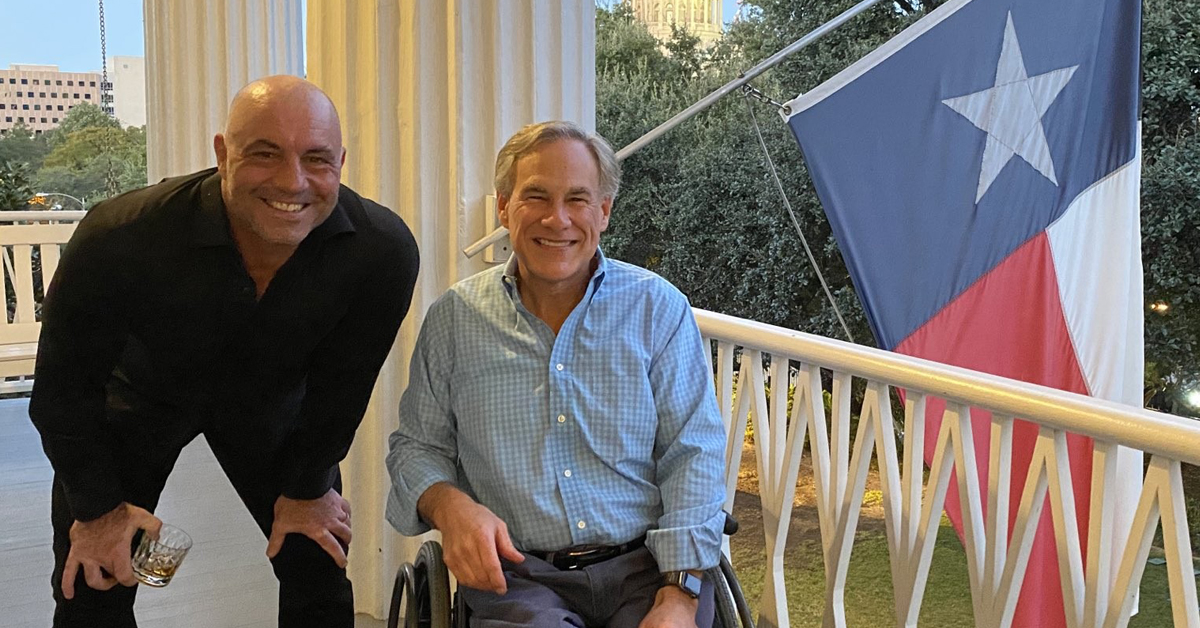 From the very first month UFC commentator, comedian and actor moved to the state of Texas he was welcomed with open arms. Rogan had met the governor right away and plenty of doors were open for him.

Tonight he visited the Governor’s Mansion.

He may be a new resident but you can tell he fits right in.

But now another Texas official – senator Ted Cruz wants Rogan’s career to take a political turn. Cruz recently spoke at Texas A&M University, where he was asked about, among other topics, Texas seceding from the union, or “Texit.”

“I understand the sentiment behind the question, [but] I’m not there yet,” Cruz answered. “I think Texas has a responsibility to the country, and I’m not ready to give up on America.” He added, “I love the country” with the conviction of someone who definitely didn’t flee this country during a deadly winter storm.

Cruz went on to list attributes he assigns to Texas — “we’re brash, we’re not shy, we’re sometimes larger than life” — and claimed that the state is single handedly “keeping America from going off a cliff and keeping America grounded on the values that built this country.” That being said, if the Democrats “fundamentally destroy the country,” then Cruz is ready to “take NASA, we take the military, we take the oil.” When questioned if he would take Austin resident Joe Rogan with him, Cruz (who welcomed the podcast host in 2020) replied, “Joe Rogan, he might be the president of Texas!”

When asked this week what he thinks about the Texas secessionist / independence movement called “Texit,” Ted Cruz says it might be appropriate if certain things happen, and that Joe Rogan should be President of an independent Texas. pic.twitter.com/3crlZlh8VL

In the past Rogan has been reluctant to get into politics but he’s been adamantly opposed to Covid 19 restrictions – and he champions personal liberties.

I do appreciate in his fantasy of an independent Texas Joe Rogan is President. Presumably after humiliating Ted Cruz in the debates.