Jai Opetaia had courageously defeated Mairis Briedis on Saturday night at the Gold Coast for the IBF cruiserweight world championship. A bewildering photo has been released since.

That photo shows two distinct jaw fractures on each side of Opetaia’s face. 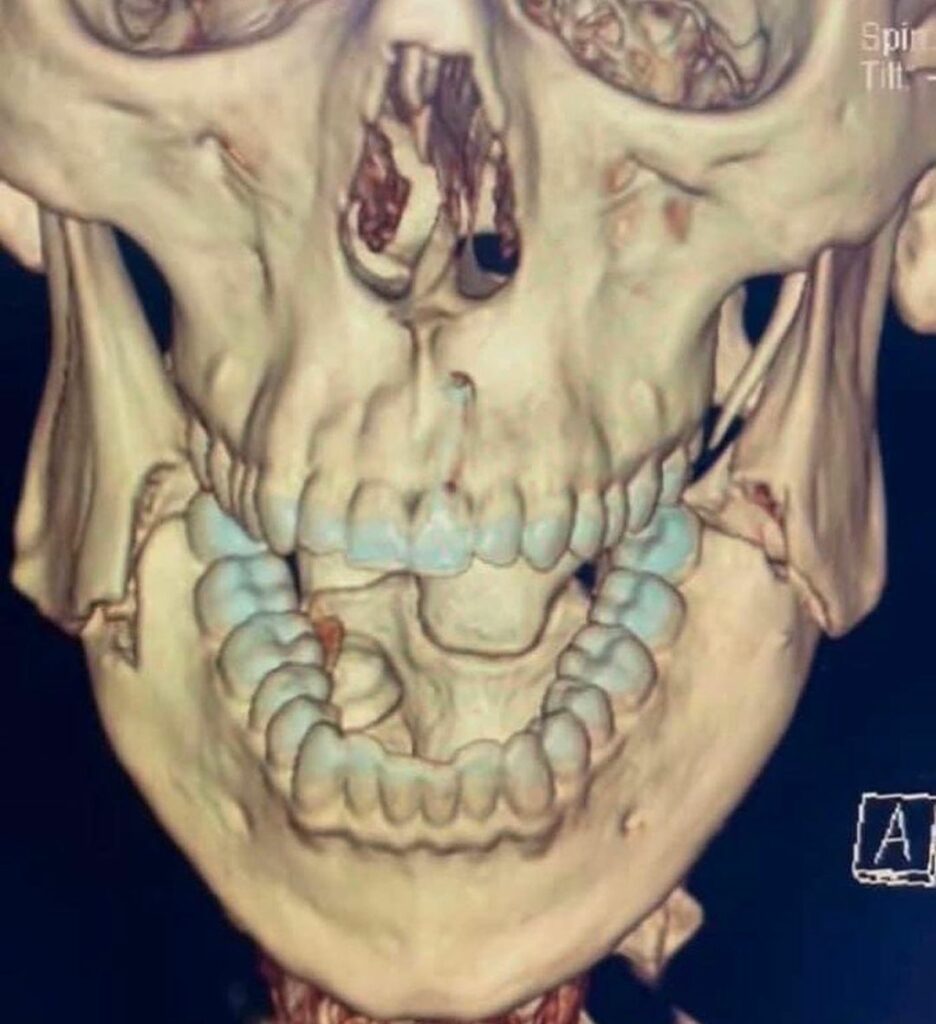 It was broken first on one side in the second round and then again on the other side in the sixth. This information was made public by physicians in an emotional dressing room.

Opetaia was unable to even bite down on his mouthguard in the last round. He was in excruciating agony after the match. Opetaia was rushed directly from the stadium to the emergency room and had surgery on Sunday night.

Opetaia’s promoter Dean Lonergan said: “Jai will have a two-or-three hour operation, he will have his jaw wired and be drinking fluids for the next two months”

According to ringside physician Ben Manion, Opetaia might be prevented from competing for up to five months. He told the Courier Mail,

“(With) bones you get about 80 per cent strength back after about eight weeks so he’ll probably be able to lightly train after that time.”

“It will be three, four, five months (until he can fight again). One of the guys asked does it normally break on both sides after it’s broken on one side and I said, ‘People don’t normally compete after that time’.”

Opetaia won the bout by a unanimous decision by the judges. Briedis congratulated him and told the spectators to “enjoy your world champion.”