UFC has been having a rocky 2023 and the live events haven’t even kicked off. The first event of the year is booked for January 14th. In the main event, Kelvin Gastelum was supposed to face Nassourdine Imavov.

However, Gastelum revealed he underwent a graphic injury to his teeth that forced him to pull out from the card. 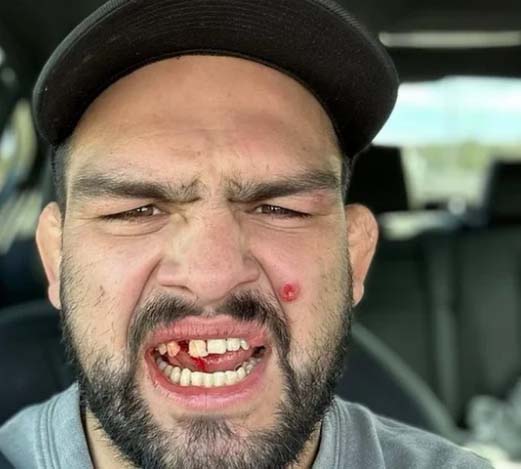 The image of the injury also revealed Gastelum had a sizeable staph infection on his face at the time he pulled out of the main event.

Gastelum went on to share the video of his medical intervention.

Conor McGregor was quick to put Gastelum on blast for planning to compete with a full blown flesh wound from staph. 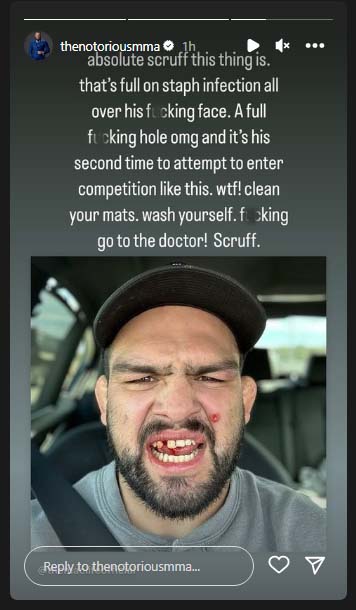 McGregor has a very good point. Staph is highly contagious and can be life compromising. Many MMA gyms do not police skin infections which leads to a chain of perpetual infections that compromise the lives of everyone who chooses to train there. 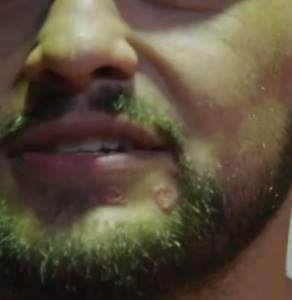 Gastelum previously had a staph infection in 2019 ahead of UFC 234 appearance – and he and McGregor exchanged words about it then as well. 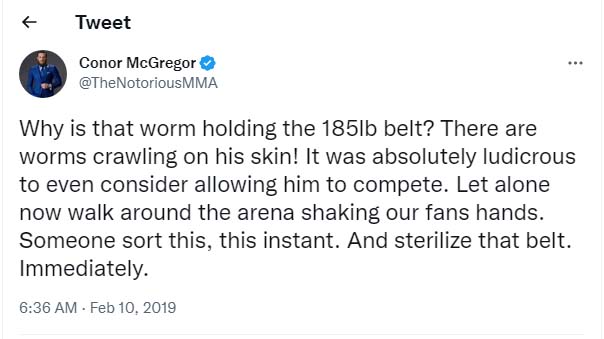 According to Gastelum, the commission was willing to let him compete despite the infection in 2019.

In recent times, Ilir Latifi got penalized for sharing he had a staph infection during his octagon speech. Apparently he hadn’t disclosed his infection prior to the event.

Sean Strickland stepped up to replace Gastelum in the main event despite the fact he was in the main event of UFC Vegas 66. He lost through a controversial split decision against former championship contender Jared Cannonier.

Imavov is a professional middleweight contender from Russia with a record of 12-3. He is presently on a three win streak. Imavov most recently defeated Joaquin Buckley, adding his victory to wins over Edmen Shahbazyan and Ian Heinisch.

Strickland lost to current middleweight champion Alex Pereira in the opening round of their bout, paving the way for Pereira to get the title.

UFC Vegas 67 will be broadcast live from the UFC Apex facility in Las Vegas, Nevada.