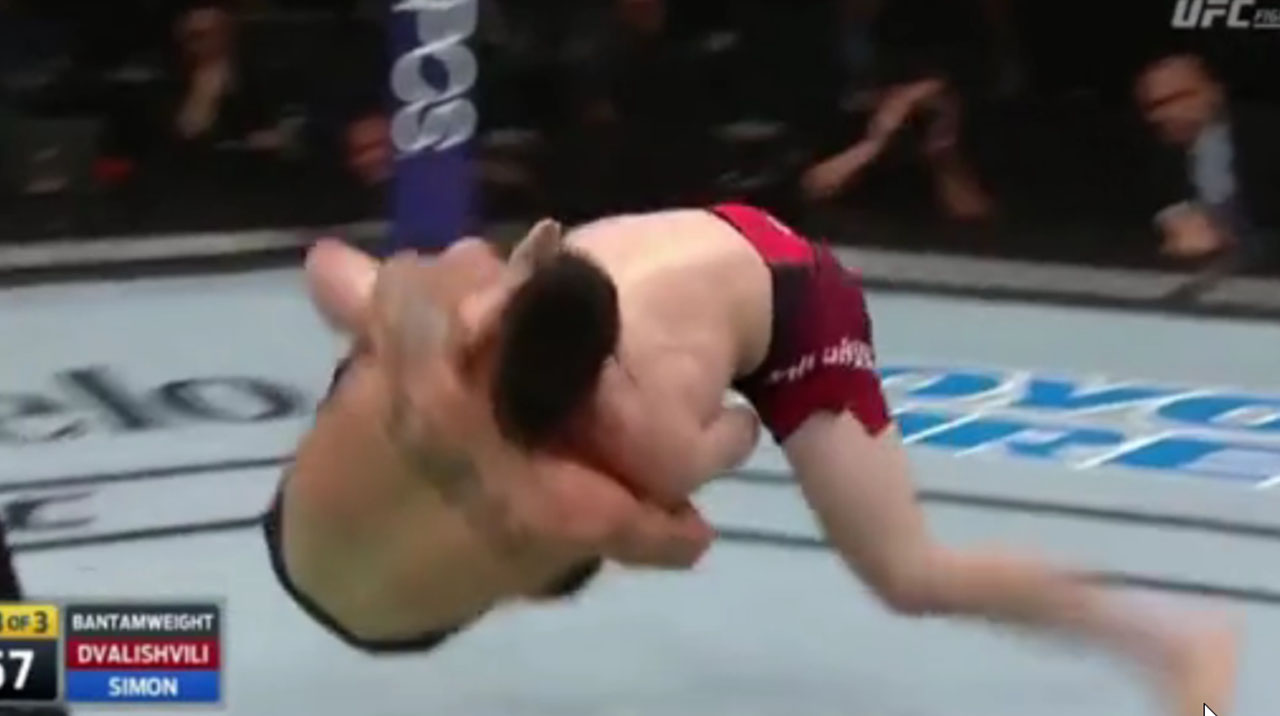 Merab Dvalishvili fight ending against Ricky Simon is one for the ages. To the outside eye – the fight appears to have gone the distance. The official ending is listed as technical submission in 5:00 in round 3.

This is highly dubious. If you inspect the video you’ll be able to see Merab fighting off a guillotine attempt until the ref gets involved – but spoiler alert – it only happens after the clock already runs out.

And for those curious there’s a longer video:

“[Simon] took me down and I couldn’t move. I just waited because there was only a short amount of time left,” Dvalishvili said after the fight. “When it was finished, I was just tired and stayed down. I knew I had won. The doctors told me to stay down. I don’t know why they gave it to him. I feel I’m the winner. I didn’t lose this fight.”

“There was a bit of confusion, it was loud, and I just wanted to make sure that they weren’t going to go to the scorecards, because that’s the way it looked like it was going to be heading,” Goddard explained. “But the referee Liam Kerrigan, to his credit, when he saw [Dvalishvili] was out, he actually waved it off. And I think there was a little bit of a rush, people thought we were going to try and read the scorecards, so I said, ‘No, no, no. The guy has lost the fight.’ Even though he came around pretty sharp afterwards, he most definitely lost the fight under the ruling and the right guy went away with the win.”

“I just feel like they took a win from me,” Dvalishvili told host Ariel Helwani on The MMA Hour. “Because, my opinion, I think I won. I won the fight. I never tapped. I never was choked. I don’t know what’s happened. I don’t have an answer for what’s happened. I never tapped. I was still in, I was just waiting for my time, when time’s finished, and that’s it. I won it. I was winning the whole fight. I was conscious for the fight.”

But UFC famously isn’t a fan of “sore losers” or appeals – so nothing came of it.

The fight came and went – and nothing seem to come of any of it. Neither the rematch nor the change happened.

Dvalishvili has gone on a 6 fight winning spree since  and has a really interesting style to watch.