Bellator 275 had an electric night in Dublin, Ireland. The audience was electric and the presence of Irish fighters on the card only elevated the experience. Many members of MMA media were impressed by the atmosphere and even jokingly advocated that Bellator should relocate to Dublin.

The crowd certainly didn’t mind the assertion. On hand, was the biggest MMA superstar in the world Conor McGregor. McGregor was there formally supporting Straight Blast Gym Ireland teammembers but didn’t mind taking a picture with CEO of Bellator Scott Coker.

Coker says this is the first time he’s sat down and had a chat with McGregor – calls him a “legend”. #Bellator275

Conor was spotted in the crowd at #Bellator275 ?

Bellator CEO did something funny – he tweeted and deleted the picture with the Irish sports star. 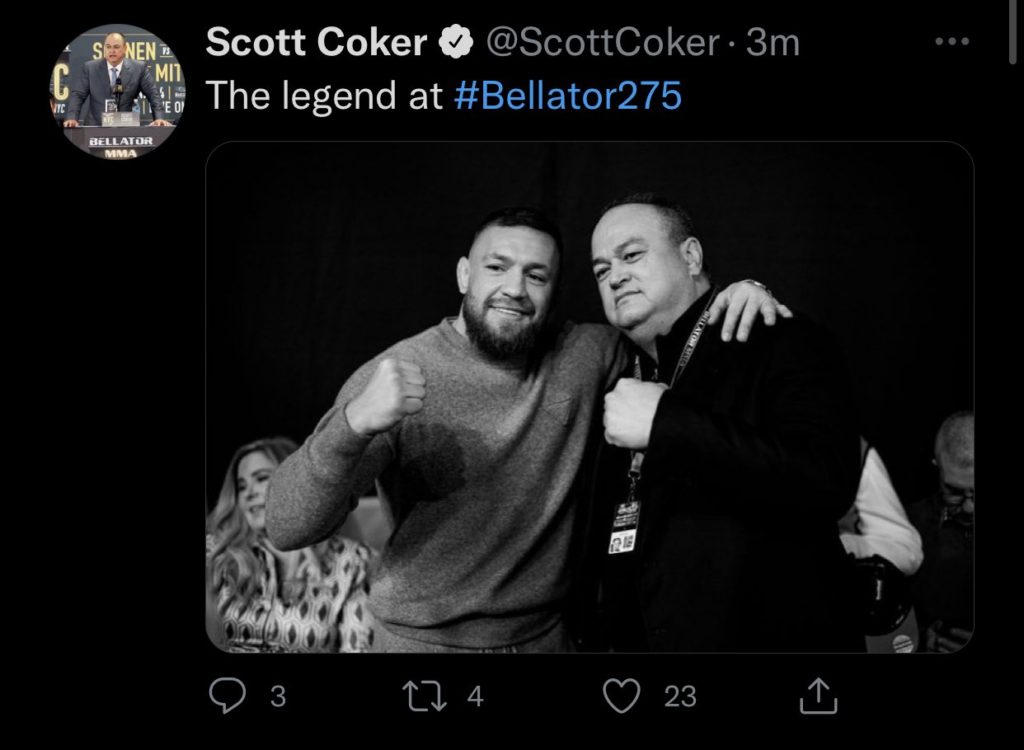 Conor was previously a part of an incident that took place at Bellator in 2017. There were rumors he was barred from attending afterwards. 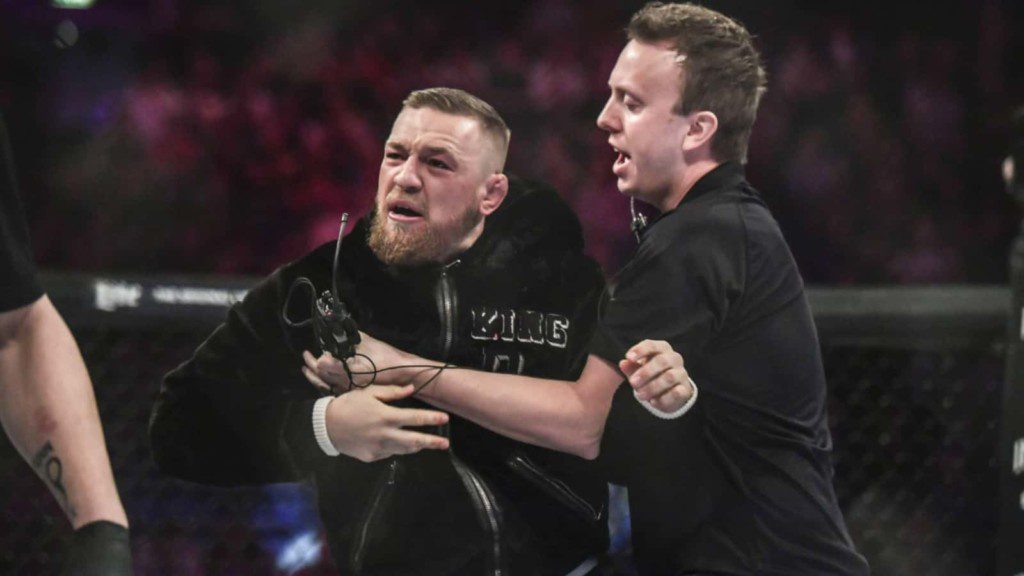 McGregor got the chance early on to celebrate with the teammates in the cage. But perhaps the biggest news of the night was that following her victory, Sinead Kavanagh would be the next in line to face reigning champion Cris Cyborg.

Kavanagh defeated Leah McCourt in spite of a knee injury she appeared to be suffering from following a botched takedown attempt.

With an ACL injury hanging over her head, Kavangh gutted it out and used clinch to her advantage. Ultimately she was successful via judges decision.

Conor McGregor escorts Sinéad Kavanagh's mother through security to celebrate with her daughter. What a scene. #Bellator275 pic.twitter.com/9MnOmiWxTp

She was carried out of the cage by McGregor and their coach John Kavanagh after the fight.

?? @TheNotoriousMMA helps carry @sineadkavanagh0 to the back after her win!