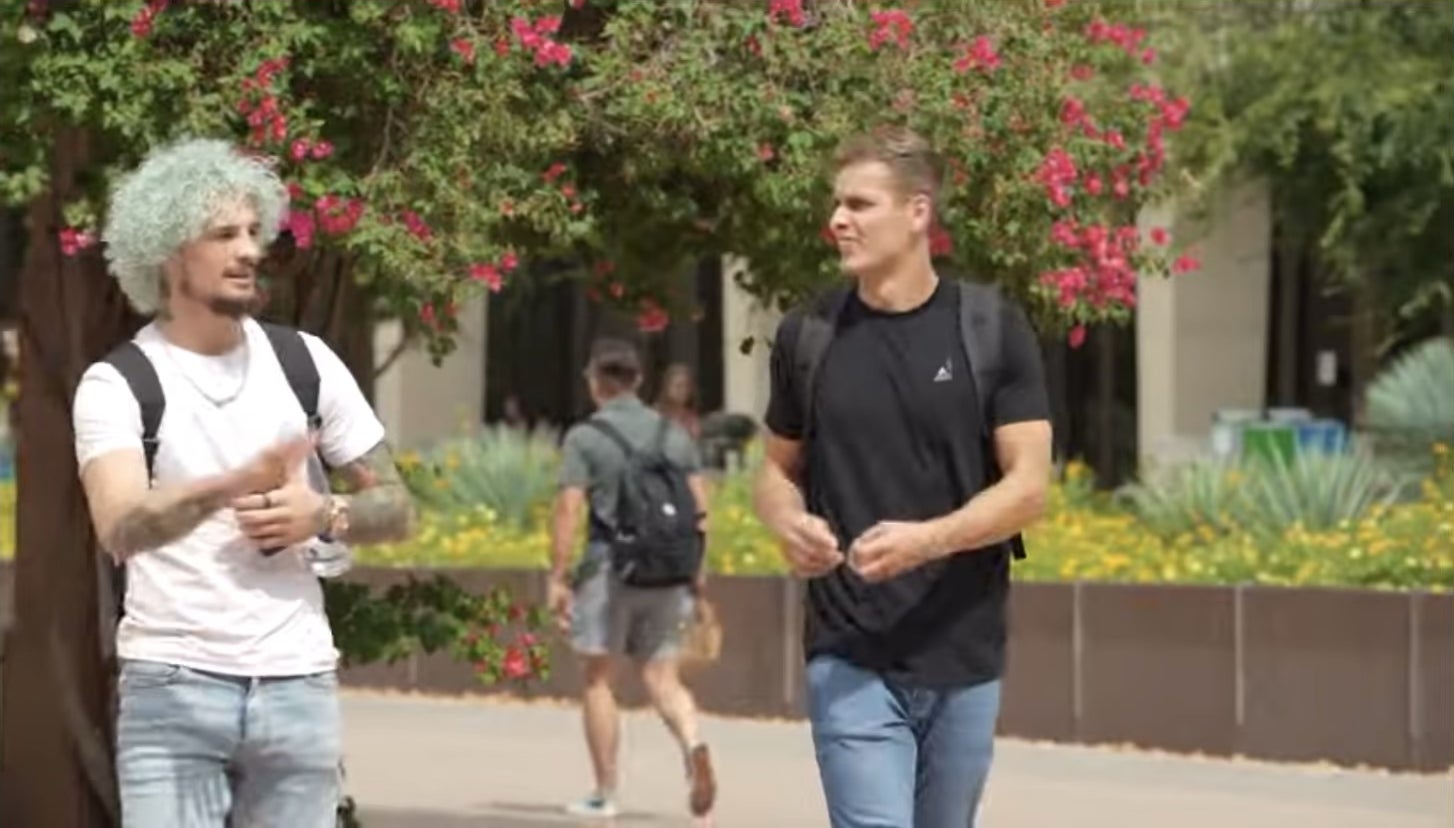 Sugar Sean O’Malley might be a UFC fighter but he approaches his career as an entrepreneur. He’s in no rush, and is eager to build on his brand. His latest collaboration comes with the help of Juan Gonzales aka Thatwasepic.

ThatWasEpic is primarily known for making videos based on pranking people then helping them by offering them gifts, money, and other forms of giveaways. His most popular video, “Cutting People’s Headphones, Then Giving Them Airpods“, is an example of what he normally uploads on his channel.

For his latest giveaway he enlisted the UFC bantamweight. In the new clip the two can be seen offering people $500 in exchange for mostly food scraps.