Ivan Strelnikov, a Russian middleweight MMA fighter, recently lost a match to Kenan Guliyev. Strelnikov had been instructed to cover up his tattoo for the fight.

After his most recent defeat in the cage, Ivan Strelnikov’s record came down to 5-3. Ivan Strelnikov and Kenan Guliyev met at the Hardcore MMA Season 1 finale. Prior to the match, Strelnikov was instructed to hide his ‘wolfsangel’ tattoo using tape.

Outside the ring, the boxer ironically works in tattoo removal. He has a variety of tattoos, including one that reads ‘born to be white’ in full English across his stomach.

The promotion, which is sponsored by Olimpbet, informed him that he needed to hide his tattoo in order to compete.

However, the tape fell off seconds after the opening bell. Strelnikov eventually lost the bout. When the results were being read, he had a flag covering his abdomen. Strelnikov also covered a tattoo on his shoulder, which he hid behind his flag during the post-fight interview and result reading. 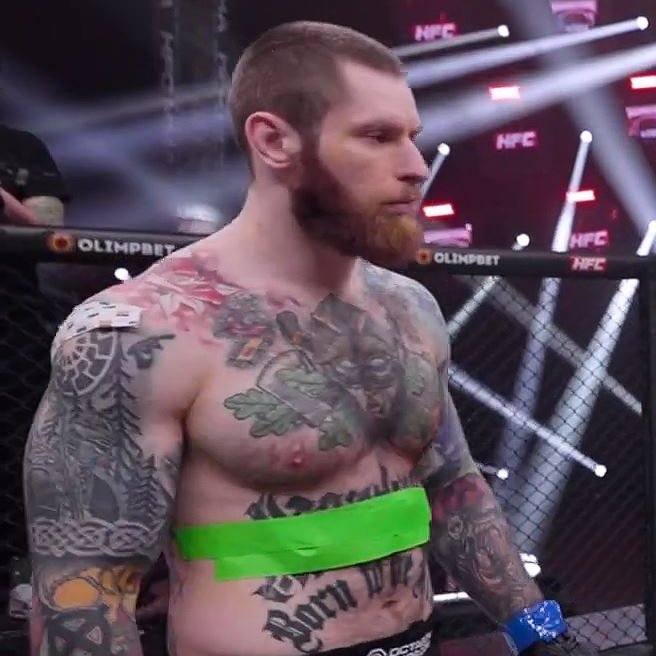 The before and after 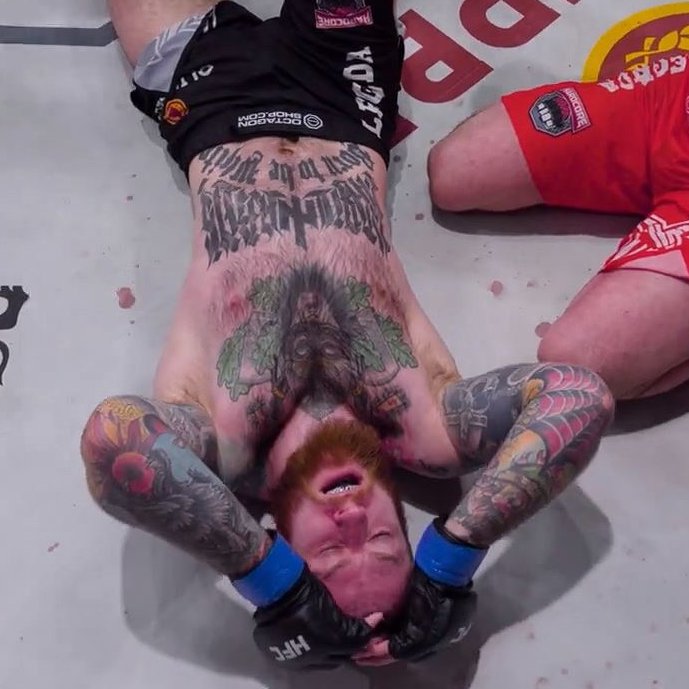 The boxer is renowned for his crazy tattoos. However, he seems like a nice guy, cracking jokes with his opponent during the bout. Strelnikov even took a drink from his opponent between the first and second rounds before returning to the competition.

Although its historical associated with  WWII Germany, the Wolfsangel was frequently used. In recent times, it has been connected with the Azov Regiment.

During World War II, the symbol was employed by various military and non-military affiliated parties. The emblem is forbidden to be displayed in postwar Germany.

This victory bumps Guliyev’s record to 7-5.