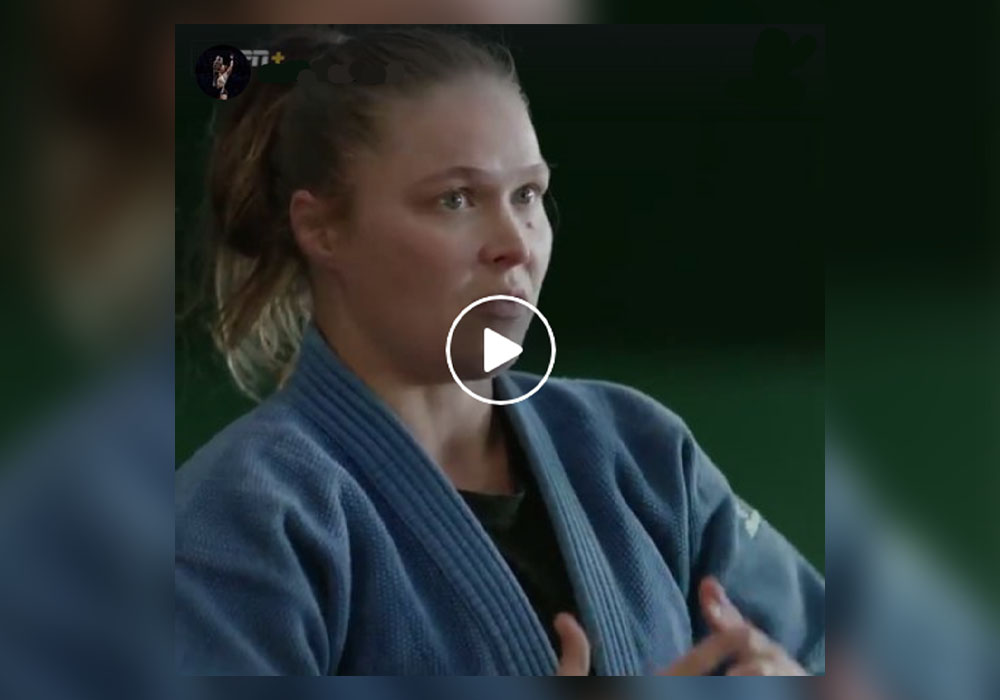 For the show Rousey enlisted the help of infamous Gracie Academy owners – Rener and Ryron Gracie. And in a fresh new snippet she demonstrated some of her trademark armbar details.

This program is a part of a ESPN initiative released in May of this year where they produce series focused on different sport. At the time the following shows were greenlit: . Abby’s Places will take a look at soccer; David Ortiz will host Big Papi’s Places about baseball; Rowdy’s Places will give viewers a look at combat sports; Vince’s Places will cover basketball; and Eli’s Places will explore the world of college football.

The athletes featured, besides Rousey are Abby Wambach, David Ortiz, Vince Carter and Eli Manning. Each producing segments regarding their own sports.