Jorge Masvidal has been active in politics for a hot minute now.

Most recently, he expressed his support for Florida’s governor. He is now the spokesperson for DeSantis’ campaign. Masvidal recently hosted DeSantis at the American Top Team gym, showing his support for the Republican party. 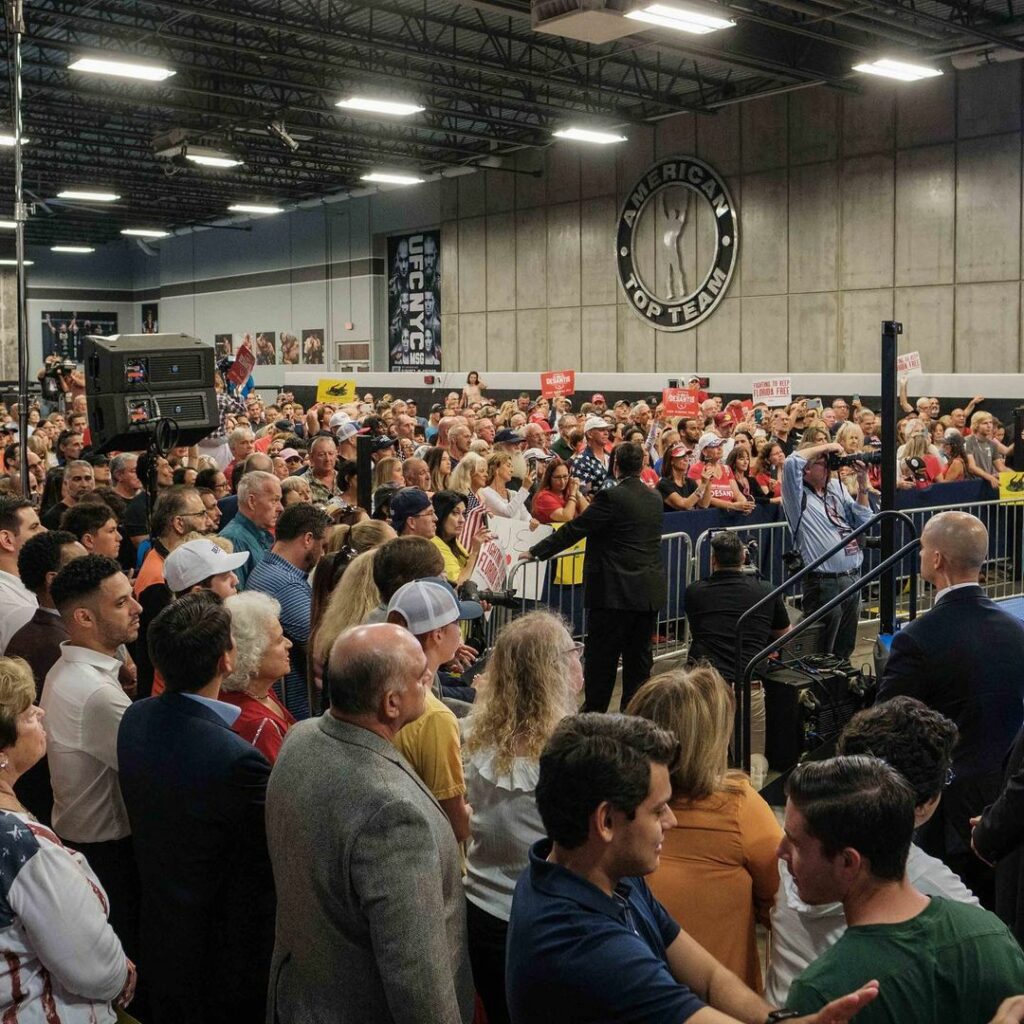 The ATT uploaded photos from the occasion via Instagram. Undoubtedly, supporters of the Governor and the gym gained control of the comments section. 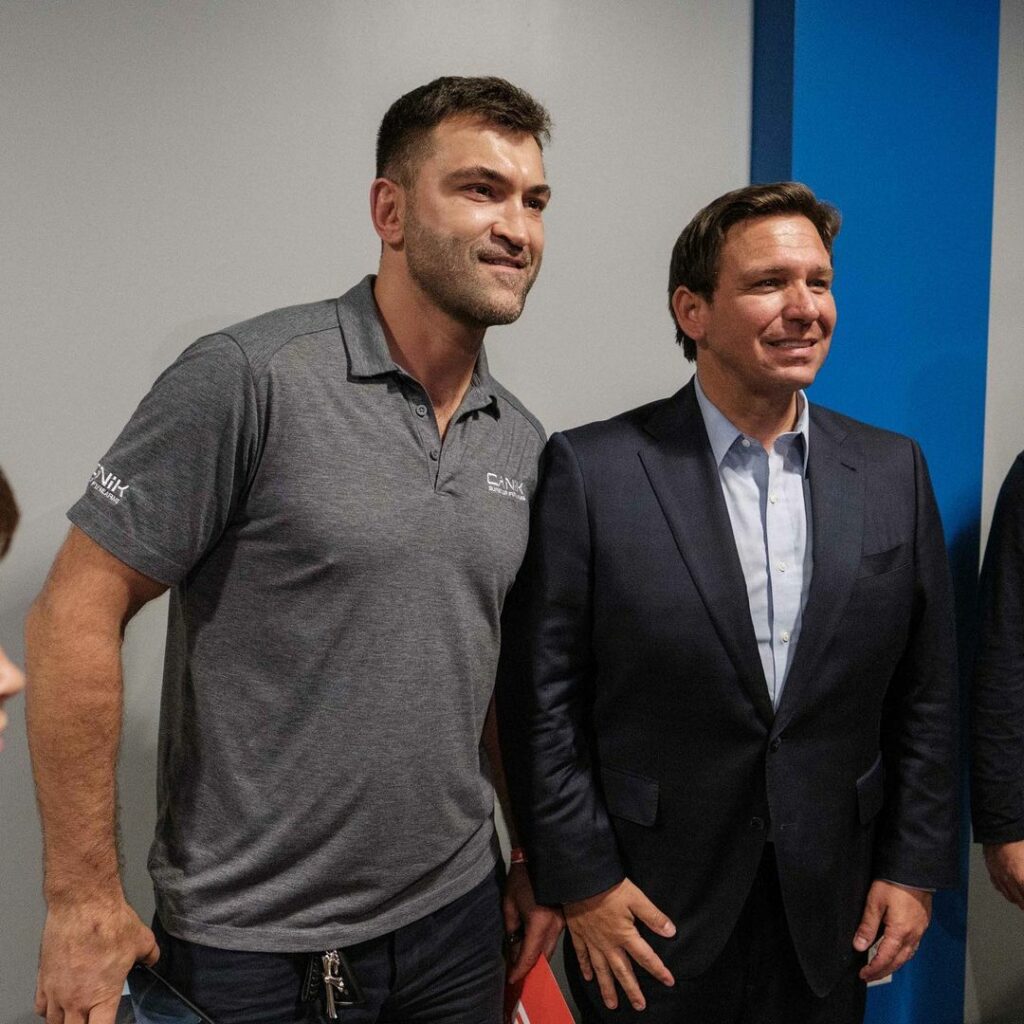 The governor of Florida was canvassing for support in order to get re-elected. He used his catchphrase, “Keep Florida free!”

American Top Team’s Instagram expressed their admiration for the Governor in the caption. They also praised the campaign’s originators (team owner) Dan Lambert, Jorge Masvidal, and Kayla Harrison for their participation. Without a doubt, the responses from the fans captured the remarks. 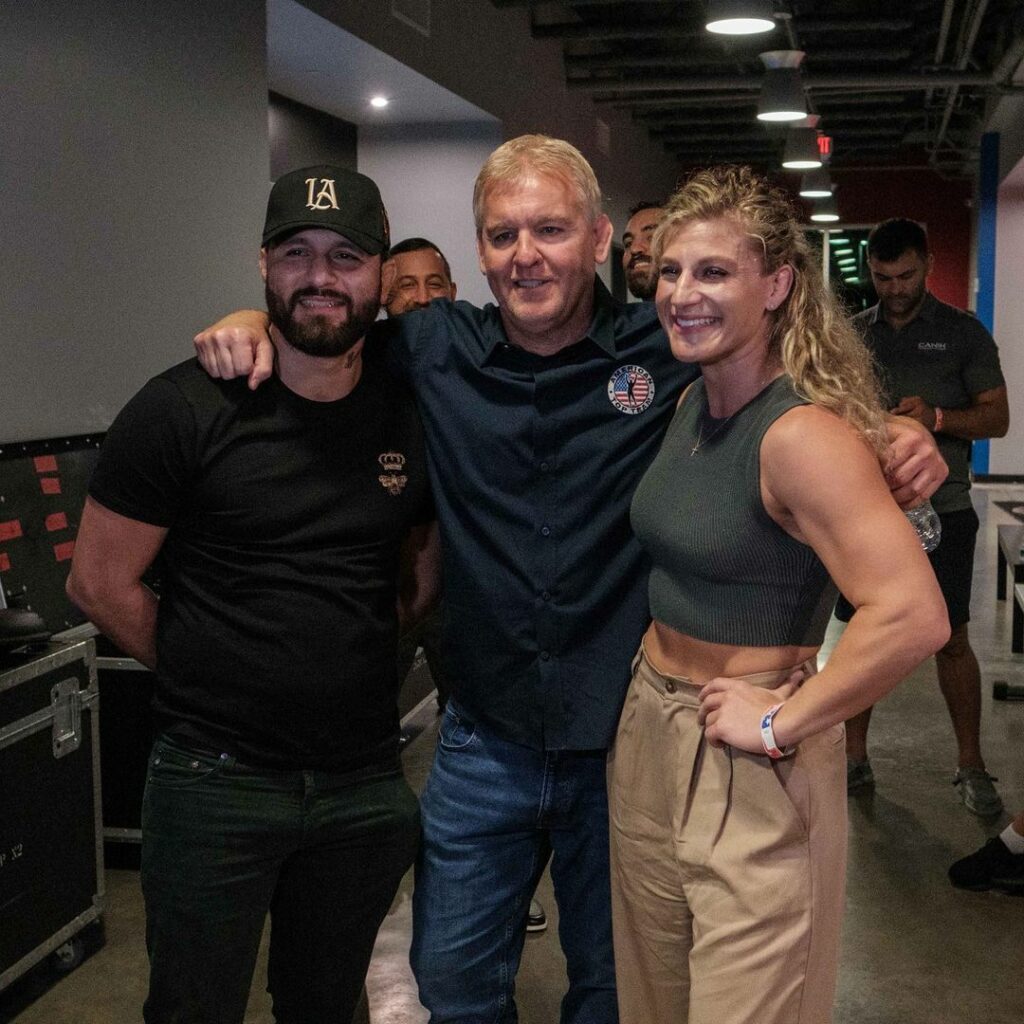 Throughout his campaigns, Masvidal voiced his support for Florida Governor Ron DeSantis’ reelection.

In a prior election, Gamebred said, “It takes a fighter to know a fighter, and Ron DeSantis, he’s the real thing”.

Additionally, he noted that DeSantis is acting morally in Florida and doesn’t tap out.

Masvidal has in the past backed Republican candidates as well. He has supported Donald Trump, a former American president. Additionally, the fighter participated in the 2020 “Fighters Against Socialism” bus trip. As part of the “Latinos for Trump” campaign, he also supported the former president.

MMA has a typically predominantly male fanbase but is racially diverse. The demographics are somewhere in the middle – which is why UFC is signing viral stars with young fanbases – from Full Send podcasts NELK boys upto Hasbulla. They’re determined to keep the younger fanbase coming.

Jorge Masvidal still hasn’t resolved his criminal case after an assault on Colby Covington. He also has a prior criminal record.

The present Constitution of Florida provides that no person convicted of a felony in Florida or any other state will be allowed to vote or hold office until there has been a restoration of the individual’s civil rights.

So technically Masvidal can’t even vote.

What is in Jorge Masvidal’s criminal record?

The Miami-Dade County keeps a database of all citizen charges as a public record. After researching Masvidal’s former charges, a person can find the following:

The County database does not disclose jail time however, during that period, Masvidal did not perform in any professional bout.

On November 30th of 2004, Masvidal was charged with Grand Theft Auto charges. The case was closed less than a month later.

Trespassing a Property and Disorderly Intoxication

Perhaps this is the lightest of Masvidal’s charges. he was charged with two misdemeanors on December 27th of 2005. The case was closed on the same day.

Certainly the most famous of Masvidal’s charges were accrued earlier this year. The case was opened on March 24, 2022, and the felony charges have yet to be dismissed.