Roger Gracie is widely considered one of the greatest grapplers of all time. Gracie belongs to a previous generation of grapplers and was active from early 2000s up to 2010s with a single exhibition in 2017.

He also competed in MMA. Gracie started in Strikeforce and even had a brief stint in UFC, having lost his UFC debut to Tim Kennedy. He’s followed that up competing twice in ONE FC where he became the champion despite short stint. His record consisted of 8 wins and 2 losses. He is currently 41 years old.

In lead up to UFC 280 a lot of old rivalries became relevant again. Even though Khabib Nurmagomedov (and his camp) have made up with the Gracies it’s hard to forget how they mocked BJJ.

Nurmagomedov wore a shirt with “If Sambo was easy, it would be called Jiu-Jitsu.” inscribed. This was during weigh ins in Brazil – prior to facing a Brazilian. 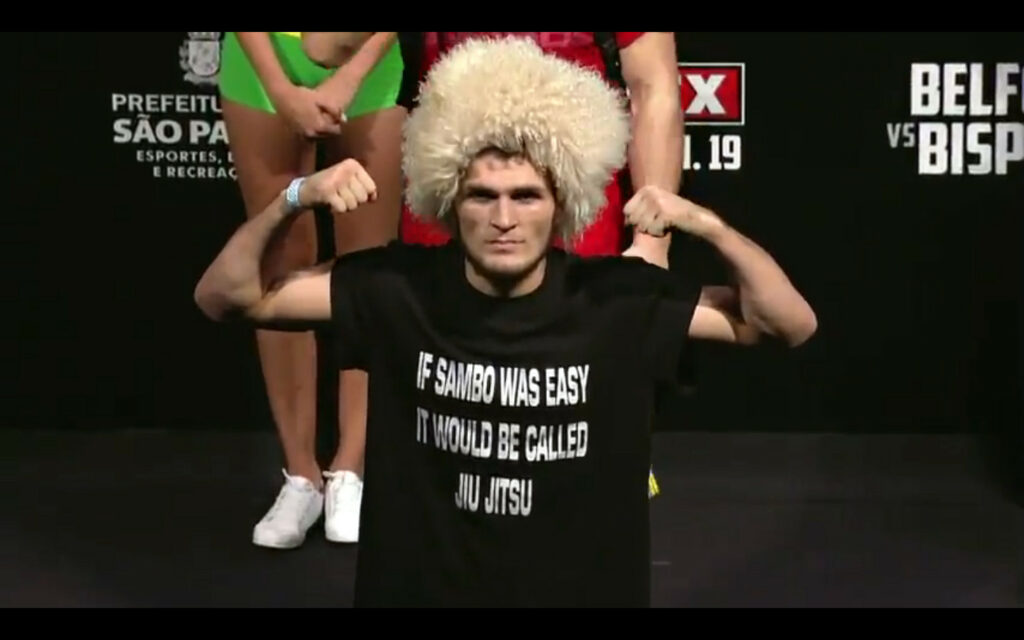 Khabib impressively flips BJJ Black belt Rafael Dos Andjos and proves that if sambo was easy it would be called jiujitsu pic.twitter.com/WZuZ4l3FV5

But Nurmagomedov’s manager is friendly with Renzo Gracie nowadays so the rivalry all but died down.

That is until UFC booked Charles Oliveira to face Islam Makhachev. Many questioned which style would prevail and supported their own camp.

Roger Gracie recently did an interview with Rodrigo Antunes and analyzed the finish saying it’s not really an adequate way to see how Sambo measures up against BJJ due to the fact Oliveira was already dazed on the ground.

Was Charles already dazed like Roger Gracie says he was? pic.twitter.com/DtM5PPwEYG

“I think Makachev, his game is all grappling. That’s his game. Charles, his game is mixed. He stands up, he grabs, he hits, he mixes a lot more. The other guy is being more specialist just in that. His game is 100% grappling. ”

“And he has a technique on the ground that is advanced too. In MMA, you don’t want to be on bottom. Because it’s not a grappling match. There’s a punch, the guy is hitting you. It changes completely.”

“In BJJ, if the Jiu-Jitsu fighter is on bottom, it’s wonderful.”

“You can have a good defense, but if you want to defend yourself and attack at the same time, it’s much more difficult than a Jiu-Jitsu match.”