Luke Rockhold may have retired but he’s not over the animosity he felt towards Paulo Costa. The two were pitted against each other and delivered an epic slugfest. Both were considerably impacted by altitude and struggled to breathe through out but that didn’t prevent them from delivering must-see 15 minutes.

Rockhold might fade from MMA life, but that odd blood smear moment  against Costa will be discussed for years to come.

Paulo Costa compared it to an all time classical moment during UFC 278 presser:

At the presser Costa was asked:

” What was going through your mind when you’re getting all that blood smeared on your face because it look like you’re laughing?”

To which he answered:
“man I didn’t see you the moment of the fight. I just feel felt something, I felt something on my face. You know what I was so preoccupied I was so worried with blocking his his arms do not get got well worn on the face and punched. But now when I saw- is very disgusting. Scene is very weird moment.”

” I saw the moment that Romero kissed him after he bit him as well. I was, this is the weirdest we might say weird weird moment. This beat that moment. ”

And now Rockhold explained the motivation behind the gesture. Rockhold told Helwani:

“I rushed it,” said Rockhold. “I should have had that mount position, its would have been over. You know how that world works. I just rushed into that one, fell behind, kept putting myself behind and couldn’t pick myself back up. I just felt like I was in there with a lesser man and I wanted to show him, ‘you’re my bitch.’

The two still haven’t buried the hatchet with Costa insisting he didn’t deliver a shot to Rockhold’s groin. 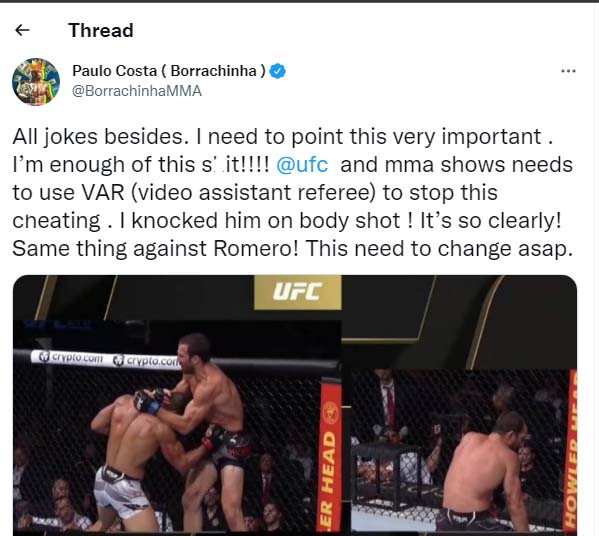 Meanwhile Rockhold confirmed it went straight on the cup.

Rockhold expressed similar sentiments right after UFC 278 – with Adesanya capitalizing on the comments. 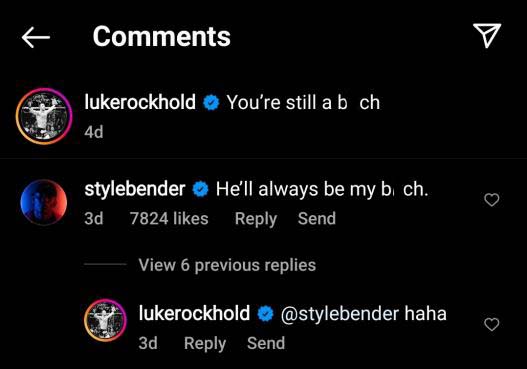