Gina Carano was once a promising rising star in the Star Wars universe but that all came to a grinding half after she made inflammatory posts on instragram and refused to back down from her opinions.

That’s how Carano found herself without an agent, without a Star Wars spin-off series that was in the works and without a job on The Mandalorian.

Carano was featured in the first two seasons of the show but was subsequently fired. Following her cancellation, Carano closed a deal to star in some questionable movies produced by The Daily Wire.

First movie she starred in was a Western titled Terror on the Prairie. UFC veteran Donald Cowboy Cerrone costarred with her in the movie.

Prior to her roles in the Star Wars universe, Carano made it into movies including Fast and Furious 6, Deadpool, and Heist.

A reporter from The Hollywood Reporter made a particularly jarring observation recently when they tweeted:

“I’ll never stop laughing at the fact that she could’ve had her own Star Wars series, toys, books, comics, apparel. She was that close. She didn’t just fumble the bag, she dumped it out, put it over her head and cut off her air supply.” 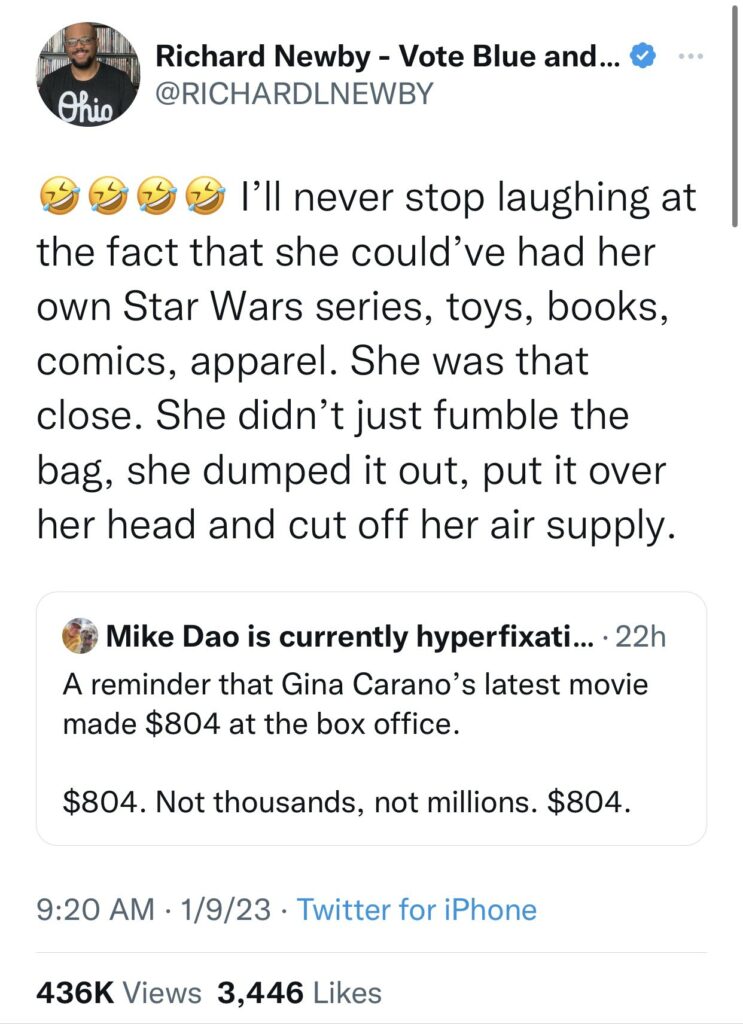 Carano was quick to reply:

“Here is a contributor of The Hollywood Reporter who repeatedly joins in an online mob of mostly anonymous accounts harassing me. Are you aware that we released Terror on the Prairie exclusively on the Daily Wire & you didn’t know that? Or are ignorance & spreading hate your only purpose here?”

Carano also took umbrage with the characterization that she fumbled the bag. 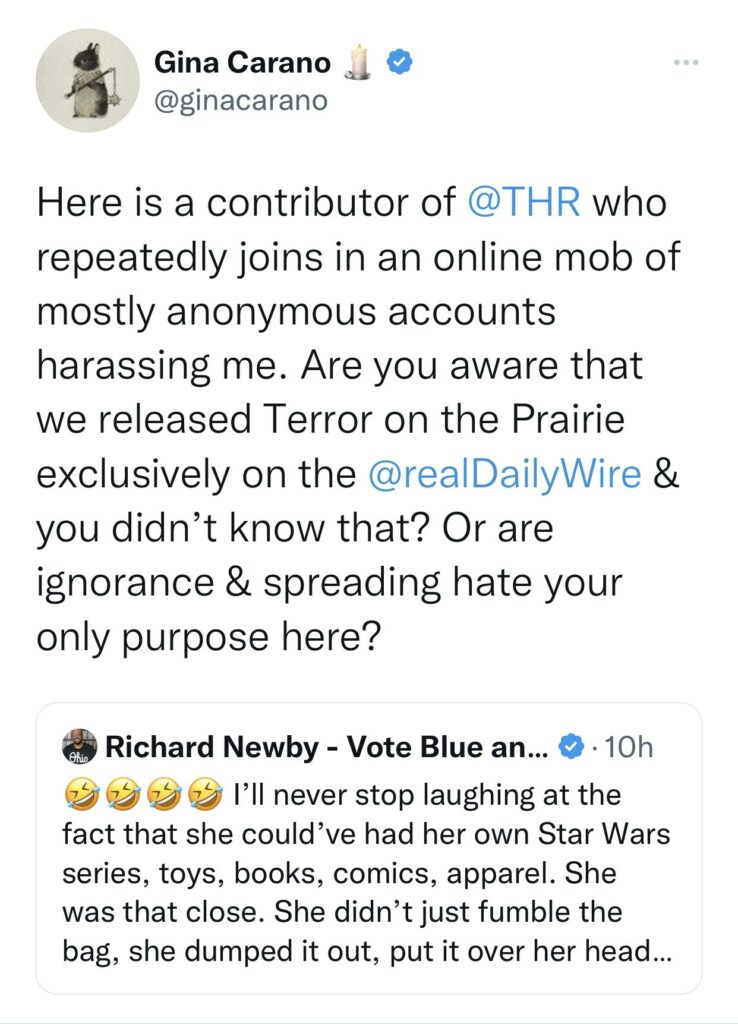 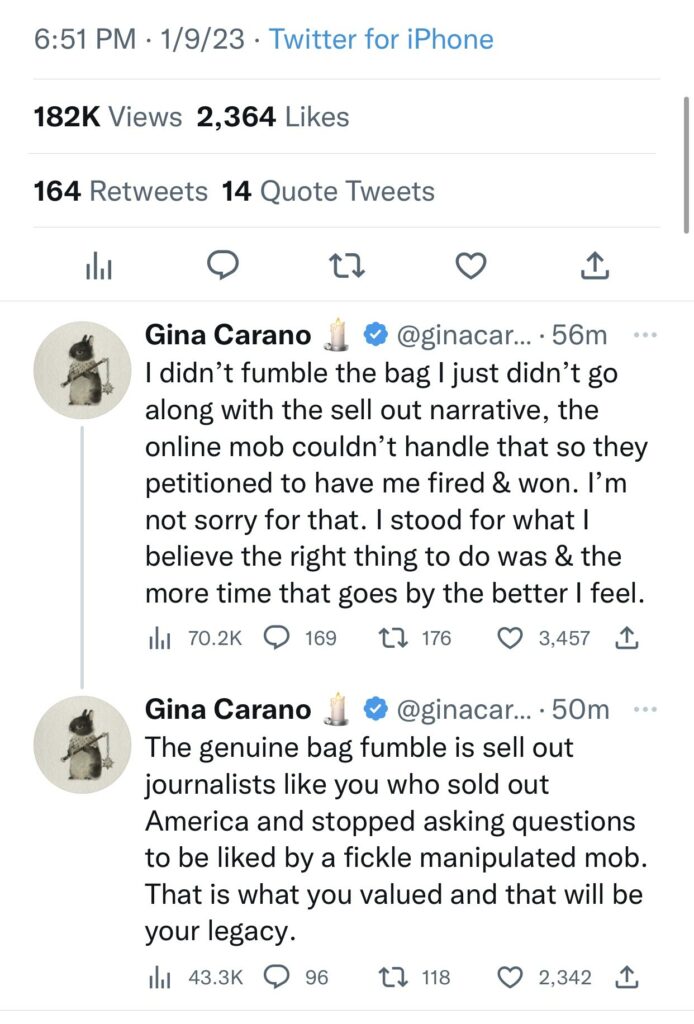 And regardless of how you feel about her politics – she really did fumble the bag. There are plenty of Hollywood actors who are too busy cashing their checks to share their controversial opinions.

What was once a promising career is now destined to play characters such as ‘secret agent whom fictional Biden sniffed’. Yes that’s real and the movie is comedy gold. The production value alone is insanely bad. The whole thing makes Terror on the Prairie look like a masterpiece.