Scott Hall passed away after being hospitalized following three heart attacks on March 12. The wrestler was on life support until March 14, when he peacefully passed away alongside his family.

A day before his passing, his longtime friend and fellow former professional wrestler Kevin Nash announced that Hall would be taken off life support.

Hall aka ‘Razor Ramon’ was hospitalized after falling and breaking his hip earlier this month.

He then went through a hip replacement surgery, but a serious complication followed. An issue with blood clots resulted in the star suffering three consecutive heart attacks on Saturday.

“Scott’s on life support. Once his family is in place they will discontinue life support. I’m going to lose the one person on this planet I’ve spent more of my life with than anyone else. My heart is broken and I’m so very fucking sad. I love Scott with all my heart but now I have to prepare my life without him in the present.” wrote Nash in the post.

“When we jumped to WCW we didn’t care who liked or hated us. We had each other and with the smooth Barry Bloom we changed wrestling both in content and pay for those.”

Nash ended his long and heartbreaking post with a farewell to his best friend and work partner.

“See Ya down the road Scott. I couldn’t love a human being any more than I do you.”

Alongside Kevin Nash and Hulk Hogan, Scott Hall founded the New World Order. During his career, the trio went from WWE to WCW in 1996 and helped turn the wrestling power structure on its head. 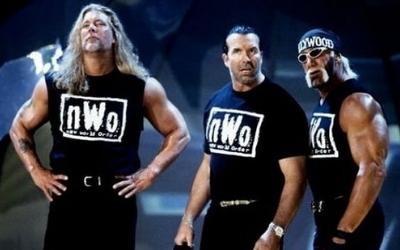 This Monday, Hall’s family announced that the former wrestler passed away peacefully. Hall was 63 years old and was one of pro-wrestlings biggest stars ever.