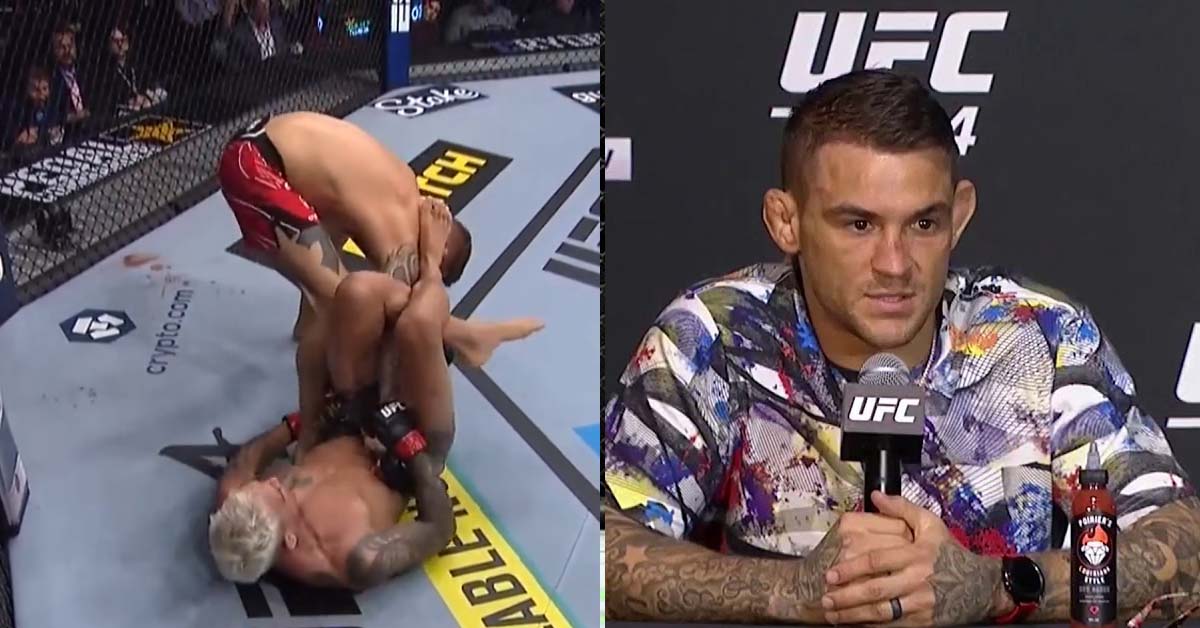 Yesterday Charles Oliveira showcased just how dangerous he is on the ground. But to get to the position of dominance where he was able to grind out Poirier for 4 minutes – he may have cheated.

In round 2, the fight would move to the ground. Poirier accepted the grappling exchange with Charles Do Bronx, even though he quickly found himself losing the top position and struggling to survive. But here Oliveira briefly utilized an illegal tactic.

In an attempt to use an omoplata sweep on Poirier Charles Oliveira hung onto his arm with everything he had in his power – and once it appeared that this wasn’t working he briefly held onto the inside of the MMA glove. This tactic is considered illegal and is a mildly serious foul in mma. Oliveira is not the first nor the last to utilize this technique. However what was surprising is that Poirier made no complaint to the referee regarding the tactic and used a common omoplata counter – a front roll. This counter played right into Do Bronx’s plan and much of this round was subsequently spent with Oliveira doing heavy elbow damage to the face of Poirier from his closed guard. Poirier was so focused on deterring Do Bronxes’ passing that he was willing to suffocate the action and take damage in process.

Joe Rogan was quick to point out that Oliveira might’ve hung onto the glove. ATT head coach and former fighter Mike Brown reportedly asked Poirier about it on the way back to the dressing room.

“Mike Brown was asking me when we got back to the locker room, why I didn’t just slide my arm out. I don’t remember the finger in the gloves but I was trying to pull my arm out and it felt like it was in there good but Mike asked me in the locker room after – I tried but I don’t know if his fingers were in my glove or not. I didn’t feel it but (shakes head)…”