Pearl Gonzalezgot released by the UFC and pivoted straight into bare-knuckle boxing. She is currently spending a lot of money to rectify for an error she made when she was younger.

Before getting fired from the UFC in 2020, Gonzalez had a colorful stint there, finishing  her run with a 4-4 overall record in the promotion. From there, she got signed by BKFC, where she  went 1-1.

Gonzalez admitted to TMZ that she is trying to get four tattoos removed. 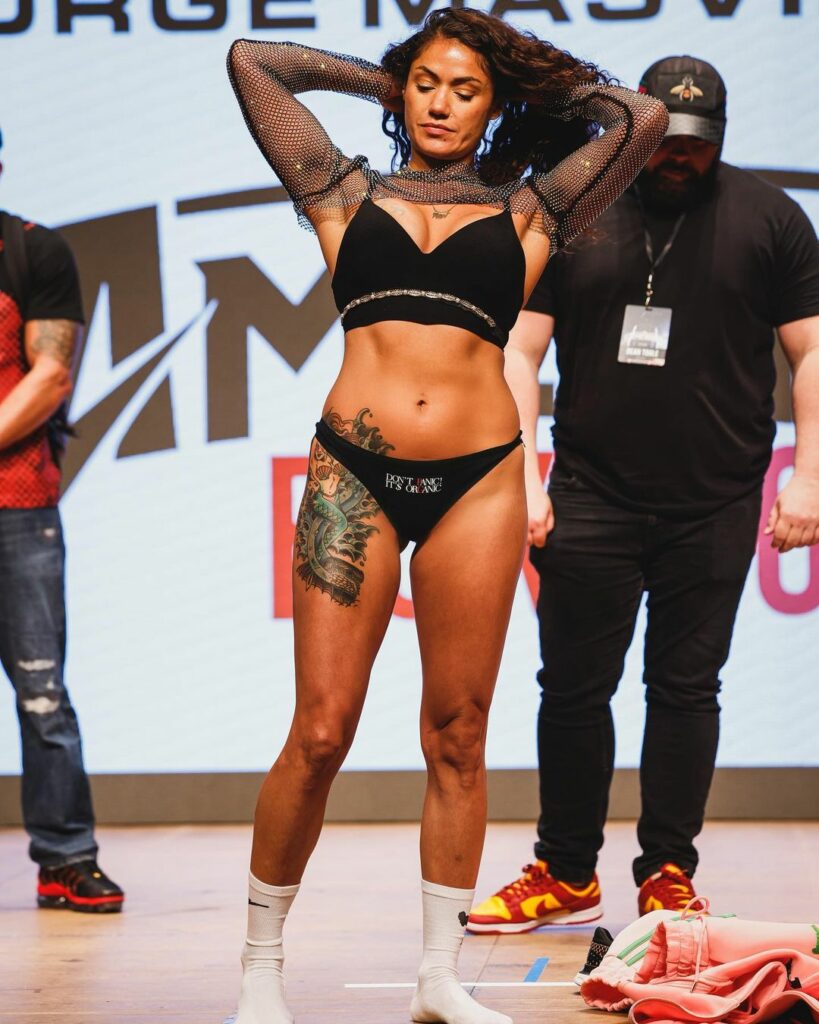 The really surprising thing is that Gonzalez  had been getting tattoos from the time she was 11.

Gonzalez is 36 now with an MMA record consisting of 10 victories and 5 losses.

“I started getting tattoos at the age of 11. Most of my tattoos, except for I think maybe three of them, were done before I was 18. So I was real young, a little wild and crazy at a very young age. So I’ve got to get rid of them all.”

Gonzalez continued by describing the unpleasant tattoo removal experience and comparing it to having oil explode on your skin while cooking. She gave some advice to anyone considering getting tattoos before they are ready as she ended.

“Really think it through. Don’t go to any fucking tattoo parties and get tattoos.”

Even though Pearl Gonzalez had to learn this lesson the hard way, she offers some excellent advice.