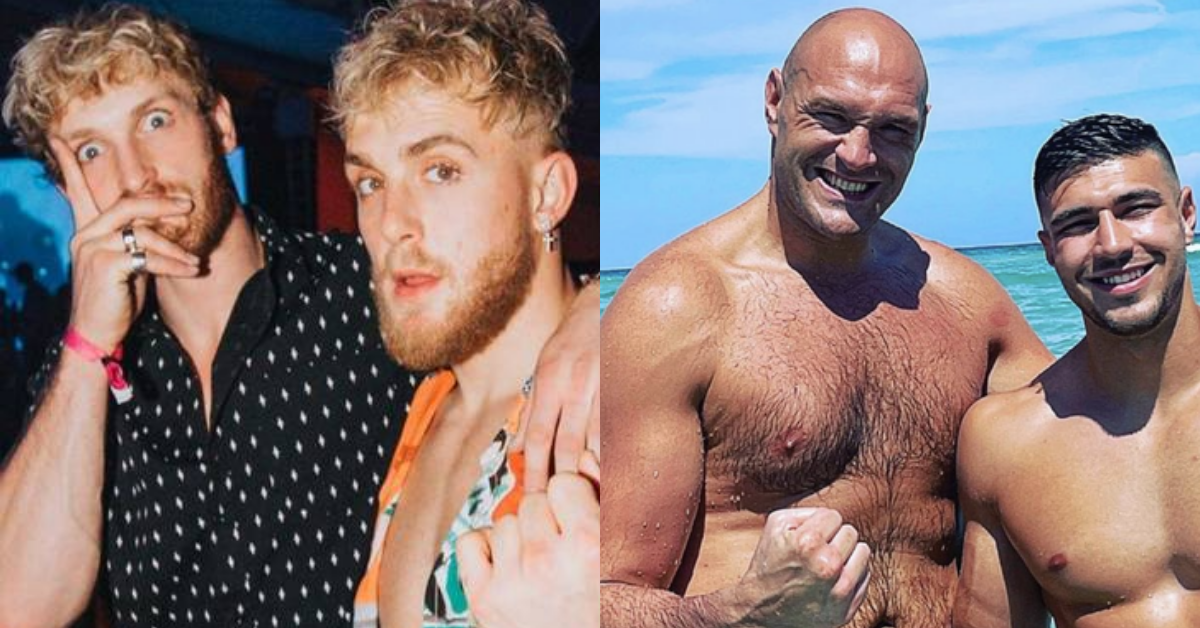 The WBC heavyweight champion Tyson Fury uploaded a video showing him training his half-brother Tommy Fury who is going to fight Jake Paul on December 18. Tyson Fury expressed his excitement in training his little brother to fight his 8th boxing match.

Tyson Fury also tagged the Paul Brothers in a video on his Instagram story. In that video, the WBC champion also talks about Jake Paul and says they’re coming for him. “Jake Paul, we are coming for you”, said Tyson Fury with full confidence.

As they were tagged in that Instagram story, Jake and Logan Paul recreated that video and made a mockery of the Fury brothers British accent. In the video, Logan Paul can be seen recording using his phone and talking to Jake exactly like Tyson Fury talking to Tommy.

Jake also jokes by changing some lines and says he will eat Tommy’s a**.

“Really happy with myself as a trainer, happy with how things went this morning, Jake, how are you feeling?” Asked Logan to Jake with a British accent. Jake responded “Feeling good, like, ummm feeling good.”

Jake Paul and Tommy Fury will fight in a professional boxing match. Both are well-known celebrities and influencers who are pretty new in boxing but show potential. Tommy Fury has fought 7 times and won all the fights. Jake Paul also has a clean score with a total of 4 victories, beating big names such as Tyron Woodley and Ben Askren.