Paddy Pimblett has been the target of sharp criticism due to the fact that he gains 50 lbs of fat in between training camps. Many MMA veterans expressed their concern for Paddy explaining that that kind of strain on the body is untenable long term.

Former Middleweight champion Michael Bisping previously advised Pimblett to not let his weight fluctuate that much.

“If there’s one piece of advice I could give you, Paddy, and of course you can afford your own path but it’s that, to be honest, when I look back at my career now, I say to my wife all the time i said [ __ ] you know yeah i never missed weight but still i used to let myself get too heavy in between fights a little bit of partying, here and there, as well you do when you’re younger, but as you get older you mature but the the the ballooning of the weight the yo-yo and going up and down… ”

“It’s not good for you, it’s not good for a long career and then a lot of the time the cam just becomes about making  weight as well, when it should be about beating them in the the best possible fashion not trying to [ __ ] go out there and run five miles every morning because you’re a fat bastard”

But neither Bisping nor O’Malley went as far as the former bantamweight champion TJ Dillashaw. Dillashaw went so far as to ‘fat shame’ Pimblett saying:

“He’s just loving diabetes,” Dillashaw said on “The Schaub Show.” “That’s like a recipe for destroying your body.”

“I guess there’s one thing when I look at it: They can promote him the right way and do all this good stuff, and he’s got some stuff to grow and get into the higher echelons of the UFC, but if you keep that same work ethic that he has now, he’ll never be a champion.”

“I’m not trying to pound on him or anything, but that’s something I think he’s going to have to figure out with age. He’s young. It’s a full-time job. This isn’t just wanting to be a fighter; you have to be a fighter.”

Pimblett as none too pleased about this comments – especially considering they’re coming from someone who copped to PED use and just finished a 2 year lay off due to his antics. 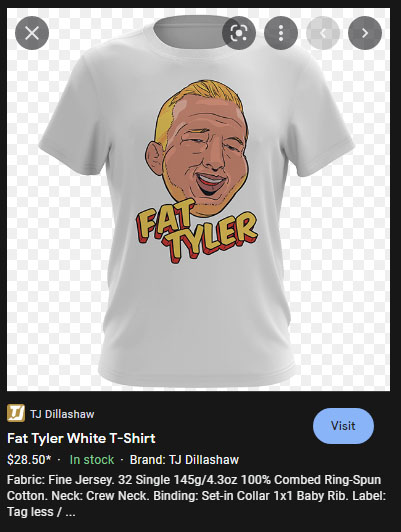 Pimblett also went on to RT the following tweet explaining the concern behind EPO abuse. 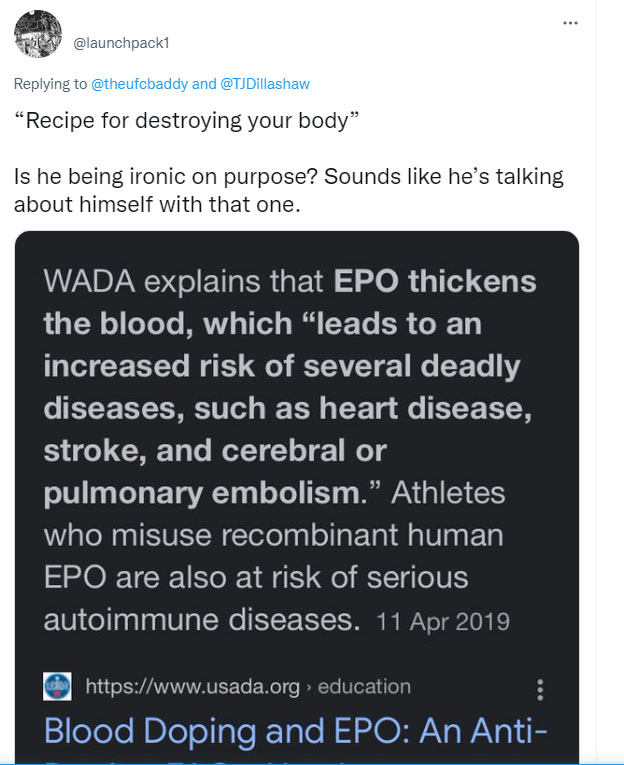