White is now under criticism from a sizable portion of the MMA world as a result of a domestic violence incident, captured on video. In the video, Dana White is shown striking his wife at a nightclub after she slapped him.

White has made an apology for the incident. Additionally, White’s wife issued a statement blaming the incident on drinking and alleging nothing like this had ever happened before.

People started weighing in on the matter, with many criticizing Dana White’s conduct. However, a small number of people have opted to back White up as well. 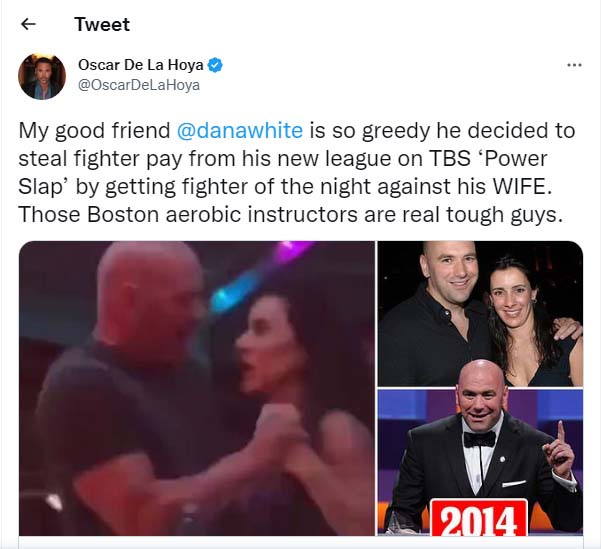 There is definitely no love lost  between White and De La Hoya. The two have traded verbal barbs for years. 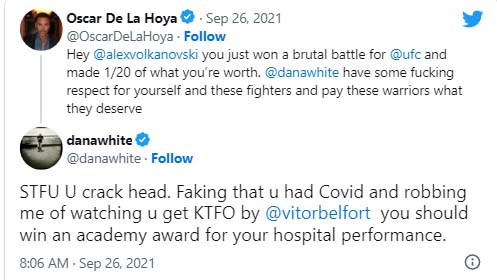 But it’s worth nothing that he’s one of a handful of combat sports insiders who dared go against White. Thus far, Cris Cyborg, Oscar De La Hoya, Jake Shields, Luke Thomas, Ariel Helwani have all made statements condemning the slapping incident while a number of athletes and journalists made excuses that go far beyond Dana White’s actual response in which he acknowledged that what he did was wrong.