Earlier this week Jorge Masvidal ambushed Colby Covington in front of a Miami Steakhouse as Covington was leaving alongside several Nelk boys. That week, Covington did a guest spot on their wildly popular Full send podcast and had accompanied several members to dinner.

Bob Menery – another of the Full send podcast hosts had posted where they were on instagram. In some of the snaps Covington can be seen in that infamous orange shirt from the video smiling for a picture. 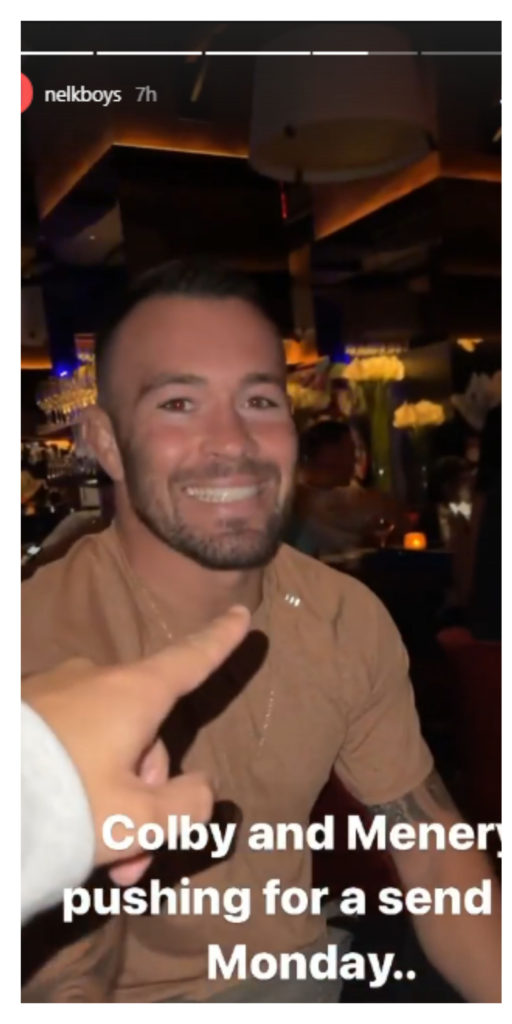 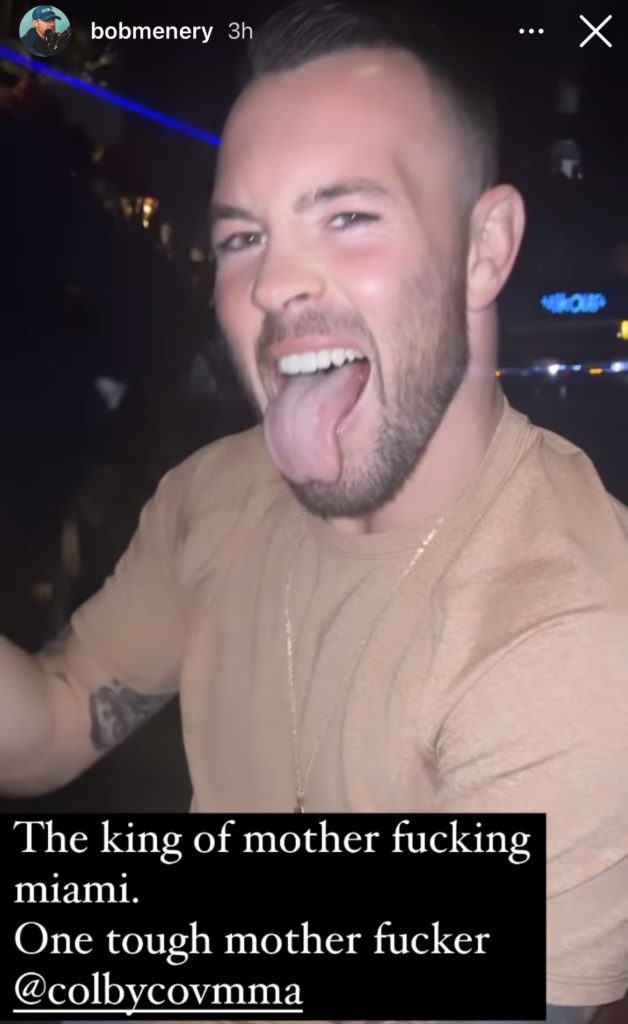 Soon after the picture was posted, Covington was accosted by Masvidal disguised in a hoodie and wearing a surgical mask.

In initial reports, and video Covington could be seen upset at Menery.

Covington could be heard audibly asking in the video: ‘How would he know i’m here?’

Menery went on to tweet his disapproval for Masvidal.

Masvidal’s manager was the first to take the bait and reply to said tweet.

Colby talked about the man’s kids. I guess that’s ok in your world, no disappointment there. You sound like a grade a hoe. https://t.co/8BKeFrQkVl

At this point Masvidal resurfaced and all but confessed on social media. That too was later deleted.

We should note Menery went on to delete his tweet.  And why, might be clear in a little while.

Pretty soon after it was confirmed that a police report was filed, Masvidal’s manager accused the Nelk boys of snitching.

Kawa since deleted the tweet. Instead he thanked the Nelk boys.

And while this was confusing for most – the attention of the MMA fandom was pointed in another direction. Everyone was anticipating the video.

As we all know, Masvidal was charged with two felony counts in the fall out from the incident in addition to having to answer financially for damages to Covington’s Rolex watch to the tune of $15,000.

Fast forward to today. After a lengthy wait, the Nelk boys released the Covington episode of the Full send podcast. In the intro – Kyle Forgeard confirmed that he had seen Menery text Masvidal during the dinner they were having with Covington. He claims he didn’t think much of it at the time but now suspects him of being an accessory.

‘Just a little disclaimer for all the UFC fans i know:  you guys saw what happened with the whole restaurant [ __ ] with Colby and Masvidal.  Bob Menery actually set Colby up. So I did see him texting Masvidal while we were at dinner with Colby. So now that i think about it something isn’t really adding up – so I don’t know. I think Bob set him up’

This is particularly interesting considering the legal implications. Accessory, in criminal law, a person who becomes equally guilty in the crime of another by knowingly and voluntarily aiding the criminal before or after the crime.